Awardees lauded for achievements in science and technology 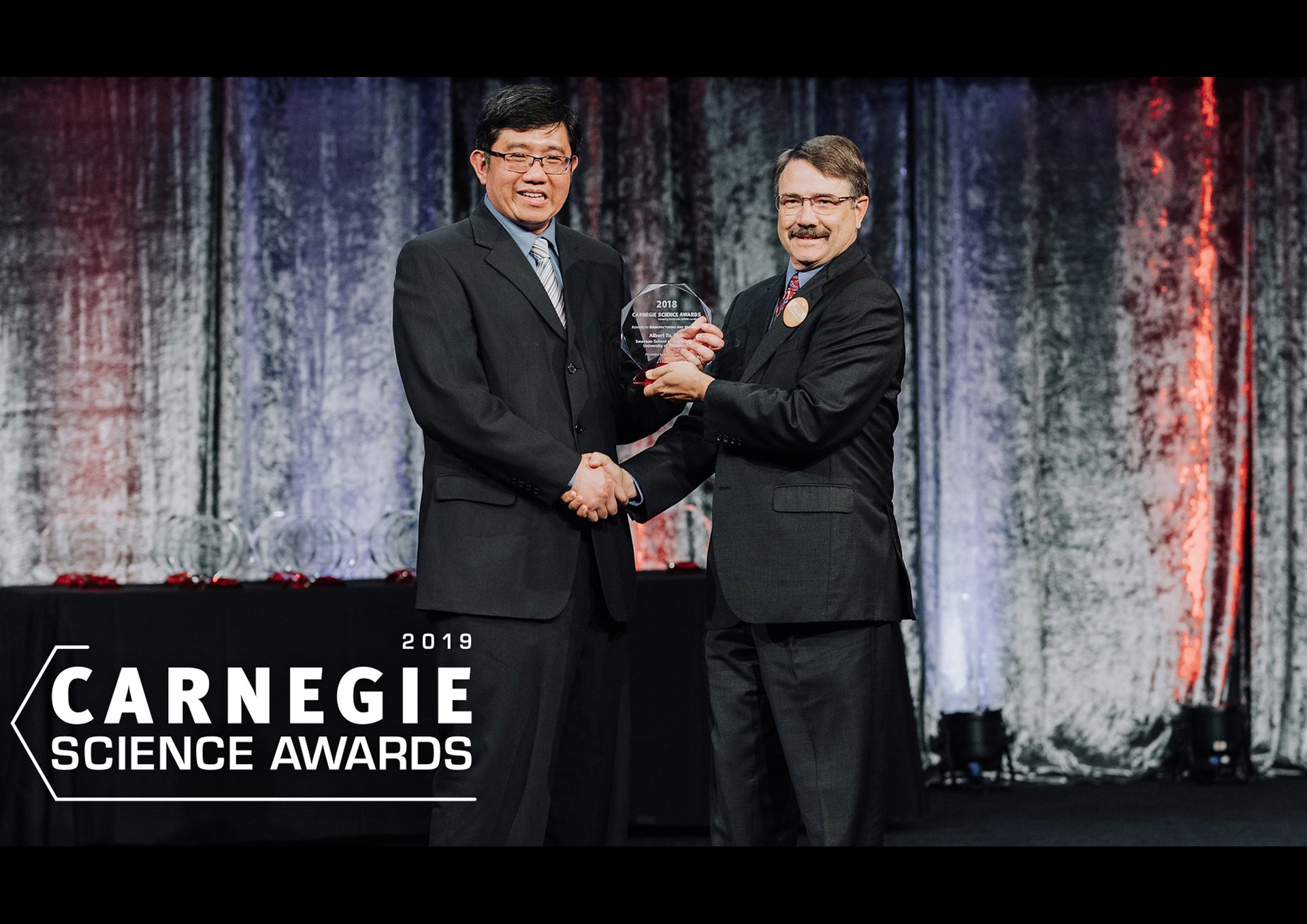 Carnegie Science Award winners are selected by a committee of peers—both past awardees and industry leaders—who rigorously reviewed more than 200 nominations and selected the most deserving scientists, technologists, entrepreneurs, communicators, educators, and students whose contributions have led to significant economic or societal benefit in western Pennsylvania.

This year’s exceptional innovators include a tuition-free technical education program that has connected thousands of unemployed and underemployed individuals to a job and living wage; a graduate student who trains residents in under-served neighborhoods to identify environmental concerns in their homes; a team that created an open-source database that will assist research teams in taking energy-saving action to reduce methane leaks; and the fastest-growing food recovery organization in the country whose app brings fresh food to those who need it most.

Winners and honorable mentions along with three student winners who will be selected later this month at the Covestro Pittsburgh Regional Science & Engineering Fair, will be honored during the 23rd Annual Carnegie Science Awards Celebration at Carnegie Science Center on Friday, May 10, 2019.

The Swanson School recipients include:

Life Sciences: Dr. William J. Federspiel, William Kepler Whiteford Professor in the Department of Bioengineering, University of Pittsburgh
Dr. Federspiel is an internationally recognized pioneer, innovator, and technical expert in the medical devices arena. His research has led to the design and development of novel artificial lung devices, membrane and particle-based blood purification devices, and oxygen depletion devices for blood storage systems. His success lies in his commitment to ensure that each project begins with and is supported by a strong foundation in life science and engineering. His contributions have strengthened Pittsburgh’s stance as a hub for medical device development and manufacturing, and his work has led to the formation of new companies that provide more than 50 high-tech jobs to the Western Pennsylvania region.

Leadership in Career and Technical Education: University of Pittsburgh Manufacturing Assistance Center
Since 1994, the University of Pittsburgh Manufacturing Assistance Center (MAC) has connected thousands of people with meaningful careers in manufacturing. The programs at MAC are accelerated and often available at no cost to the students, so unemployed and underemployed individuals can be connected to a job and a living wage in as little as six weeks. In addition, MAC has strengthened career pathways for high school students across Southwestern Pennsylvania by offering certification opportunities to partnering high schools and career and technical centers. With the opening of the MAC Makerspace in 2018, MAC has provided a place for future manufacturers to engage with technological tools and resources that would otherwise be inaccessible to them.

College/University Student: Harold Rickenbacker, Swanson School Department of Civil and Environmental Engineering and Mascaro Center for Sustainable Innovation
While pursuing his PhD at the University of Pittsburgh, Harold has integrated engineering and environmental justice with community-based organizations to address the pressing issue of indoor and ambient air quality in under-served Pittsburgh neighborhoods. Through an initiative in Pittsburgh’s East End called the Environmental Justice Community Alert Matrix, Harold led trainings to provide over 200 residents with the technical knowledge to identify environmental concerns within their homes, while detailing the importance of addressing environmental sustainability at the nexus of water use, energy consumption, and air pollution. Harold is committed to paying it forward, and his efforts are improving the health and quality of life of the communities he works with for years to come.