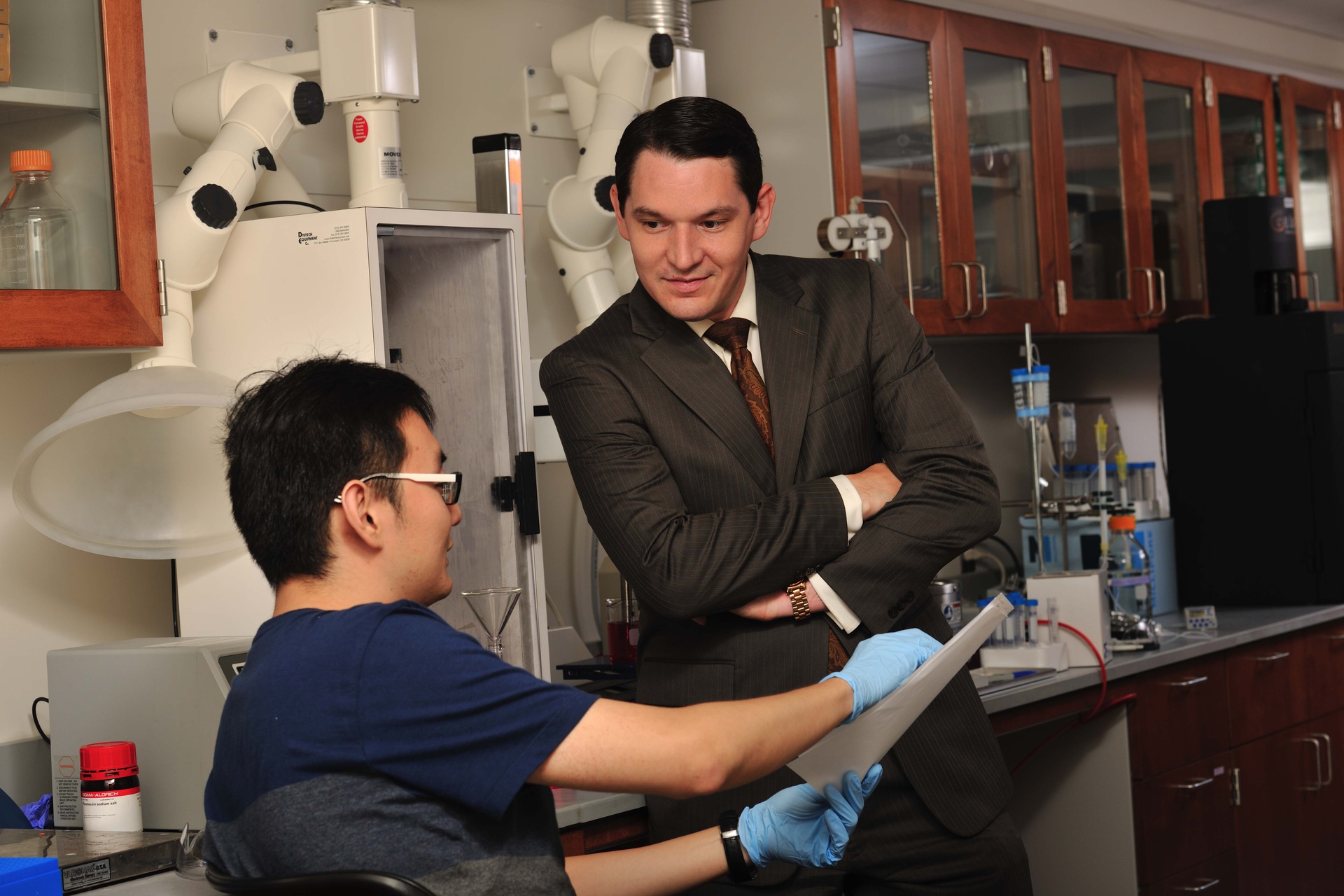 Gerald D. Holder, U.S. Steel Dean of Engineering at Pitt, noted, "Steve's contributions as a young researcher and scholar at Pitt are exceptional, and his reputation as an educator is highly regarded by his engineering colleagues and students, as well as others across the university. He is most deserving of this very selective and competitive honor."

The McGraw Award was established in 1957 "to recognize outstanding early achievements by young engineering college researchers 40 years of age and younger, and to encourage the continuance of such productivity." The award is named after Curtis McGraw, who began his career with McGraw-Hill in 1920 in the company's shipping department, and worked his way to become company president in 1950.

Dr. Little's citation reads, "For exceptional contributions to fundamentals in the field of controlled release and contributions to the establishment of the nascent field of biomimetic delivery…Dr. Little has developed new approaches to program controlled release devices to behave in defined ways, leading to systems that mimic the way cells accomplish complex tasks. His work also led to the founding of the first custom controlled-release formulation startup company in Pittsburgh. Dr. Little's approach as an educator has led to numerous teaching awards and achievements that are unprecedented in history of his institution."

Past recipients of the Curtis W. McGraw Research Award include:

Dr. Little holds eight US patents and provisional applications for patents including new methods to fabricate controlled release vehicles in a high throughput fashion; dissolvable synthetic-vasculature; novel complex delivery vehicles; and a description of the first degradable, artificial cell. Since joining Pitt, Dr. Little has received funding from the National Institutes for Health, the National Science Foundation, the US Army, the US Department of Defense, the American Heart Association, the Arnold and Mabel Beckman Foundation, the Camille and Henry Dreyfus Foundation, the Wallace H. Coulter Foundation, and several industrial sources that total over $5 million.

His research has been recognized with University and national awards including the Beckman Foundation Young Investigator Award, the Swanson School Board of Visitor's award, the Coulter Foundation Translational Research Award, an NIH K-Award, the American Heart Association's Career Development Award, and the University of Pittsburgh's Chancellor's Distinguished Research Award (2012) and the Chancellor's Distinguished Teaching Award (2013). In 2012 he received of the Young Investigator Award from the Society For Biomaterials, which recognizes an individual who has demonstrated outstanding achievements in the field of biomaterials research within ten years following his terminal degree or formal training. In 2014 he was named among Pittsburgh magazine's "40 Under 40" honorees.