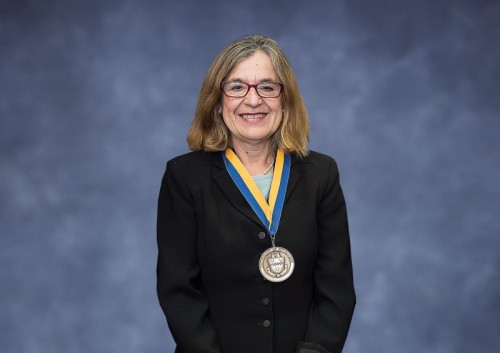 Anna C. Balazs, an award-winning University of Pittsburgh Distinguished Professor in the Swanson School of Engineering, has added one of the nation’s top honors to her portfolio. The National Academy of Sciences announced today that Balazs is among its 120 newly elected members, recognizing distinguished and continuing achievements in original research.

Balazs, who also holds the John A. Swanson Chair of Engineering in the Swanson School’s Department of Chemical and Petroleum Engineering, is internationally recognized for her theoretical and computational modeling of polymers. For the past decade, her research has focused on mimicking biological processes in polymeric materials which could contribute to the advancement of soft robotics or “squishy robots.”

“Throughout her career, Anna has advanced the field of materials and computational modeling, and we are so proud that the National Academy of Sciences has bestowed her with this honor,” said James R. Martin II, U.S. Steel Dean of Engineering. “Her research has built the foundation for future materials and their use in ways that even only a decade ago were science fiction. She has fulfilled the passion of every engineer – to create new knowledge that one day will benefit the human condition. I congratulate her on this exceptional achievement and look forward to one day celebrating with her in person.”

“The Department of Chemical and Petroleum Engineering at the University of Pittsburgh could not be more proud of Anna’s selection to the National Academy of Science, which is one of the highest honors bestowed upon a U.S. scientist,” noted Steven R. Little, Department Chair of Chemical and Petroleum Engineering. “There is no one more deserving than Anna. She has envisioned (and continues to envision) the materials that future generations will use to create a better world, and she continues to lead scientists to make these materials a reality. She is a role model to our faculty and our students. Her work in her field is truly unparalleled in its breadth, quality and impact.”

This year’s NAS member cohort includes 59 women, the most elected in a single year. “The historic number of women elected this year reflects the critical contributions that they are making in many fields of science, as well as a concerted effort by our Academy to recognize those contributions and the essential value of increasing diversity in our ranks,” said National Academy of Sciences President Marcia McNutt in the announcement. 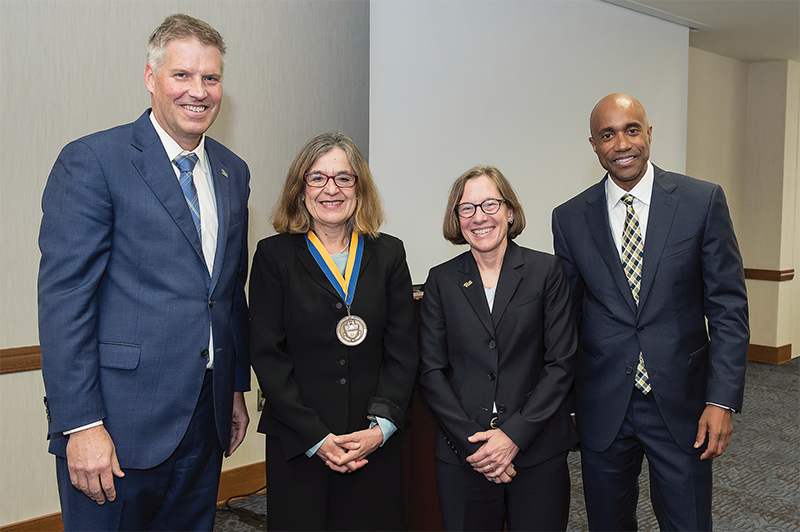 About Dr. Balazs
Prior to joining the University of Pittsburgh in 1987, Anna C. Balazs held a postdoctoral position in the Department of Polymer Science and Engineering at the University of Massachusetts. Dr. Balazs' research involves theoretical and computational modeling of the thermodynamic and kinetic behavior of polymer blends and composites. She is also investigating the properties of polymers at surfaces and interfaces.

About the National Academies
The National Academy of Sciences (NAS) is a private, non-profit society of distinguished scholars. Established by an Act of Congress, signed by President Abraham Lincoln in 1863, the NAS is charged with providing independent, objective advice to the nation on matters related to science and technology. Scientists are elected by their peers to membership in the NAS for outstanding contributions to research. The NAS is committed to furthering science in America, and its members are active contributors to the international scientific community. Approximately 500 current and deceased members of the NAS have won Nobel Prizes, and the Proceedings of the National Academy of Sciences, founded in 1914, is today one of the premier international journals publishing the results of original research.