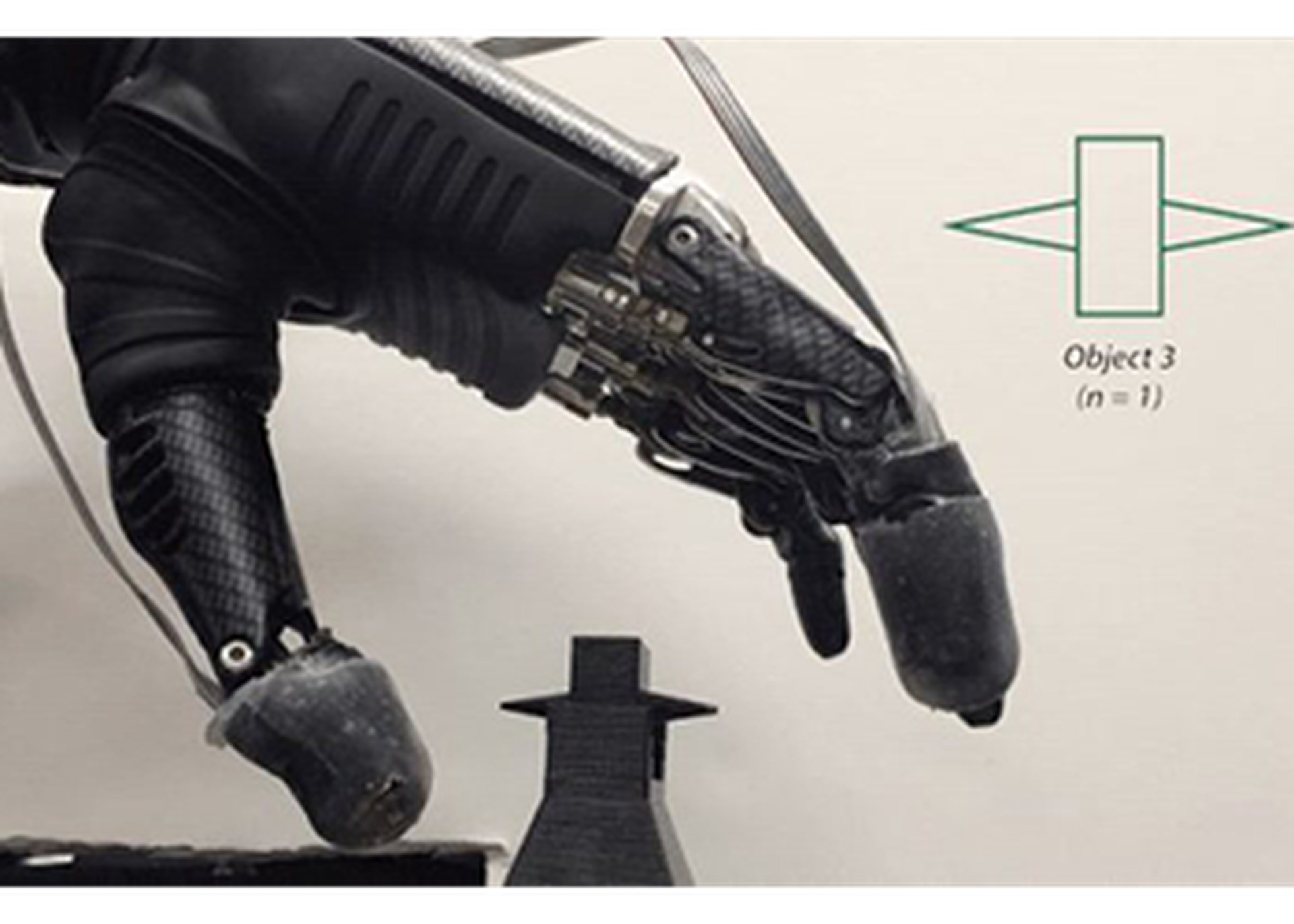 Flesher said the new study is “a good piece of work that’s very complete,” and that “the progression they present is solid.” (Credit: Gizmodo UK)

Current prosthetic limbs aren’t yet capable of transmitting complex sensations like texture or pain to the user, but a recent breakthrough by scientists at Johns Hopkins School of Medicine, in which a synthetic layer of skin on an artificial hand transmitted feelings of pain directly to the user, takes us one step closer to that goal.

Pain sucks, but we’d be lost without this extremely valuable sensation.

“Pain helps protect our bodies from damage by giving us the sensation that something may be harmful, such as the sharp edge of a knife,” Luke Osborn, a co-author of the new study and a graduate student at Johns Hopkins University in the Department of Biomedical Engineering, told Gizmodo. “For a prosthesis, there is no concept of pain, which opens it up to the possibility of damage. We found a way to provide sensations of pain in a meaningful way to the prosthesis as well as the amputee user.”

Working with JHU neuroengineer Nitish Thakor, Osborn and his colleagues developed a system called e-dermis—a skin-like layer that gives prosthetic limbs the capacity to perceive touch and pain. Pressure applied to the e-dermis is transmitted to the user’s brain via an electric nerve stimulator implanted in the arm above the prosthesis, allowing the system to emulate actual sensations. In tests of the e-dermis system, a volunteer amputee said he could tell the difference between objects that were rounded or sharp, saying the sensation of pain registered a three out of 10 in terms of severity. This study was published today in Science Robotics.