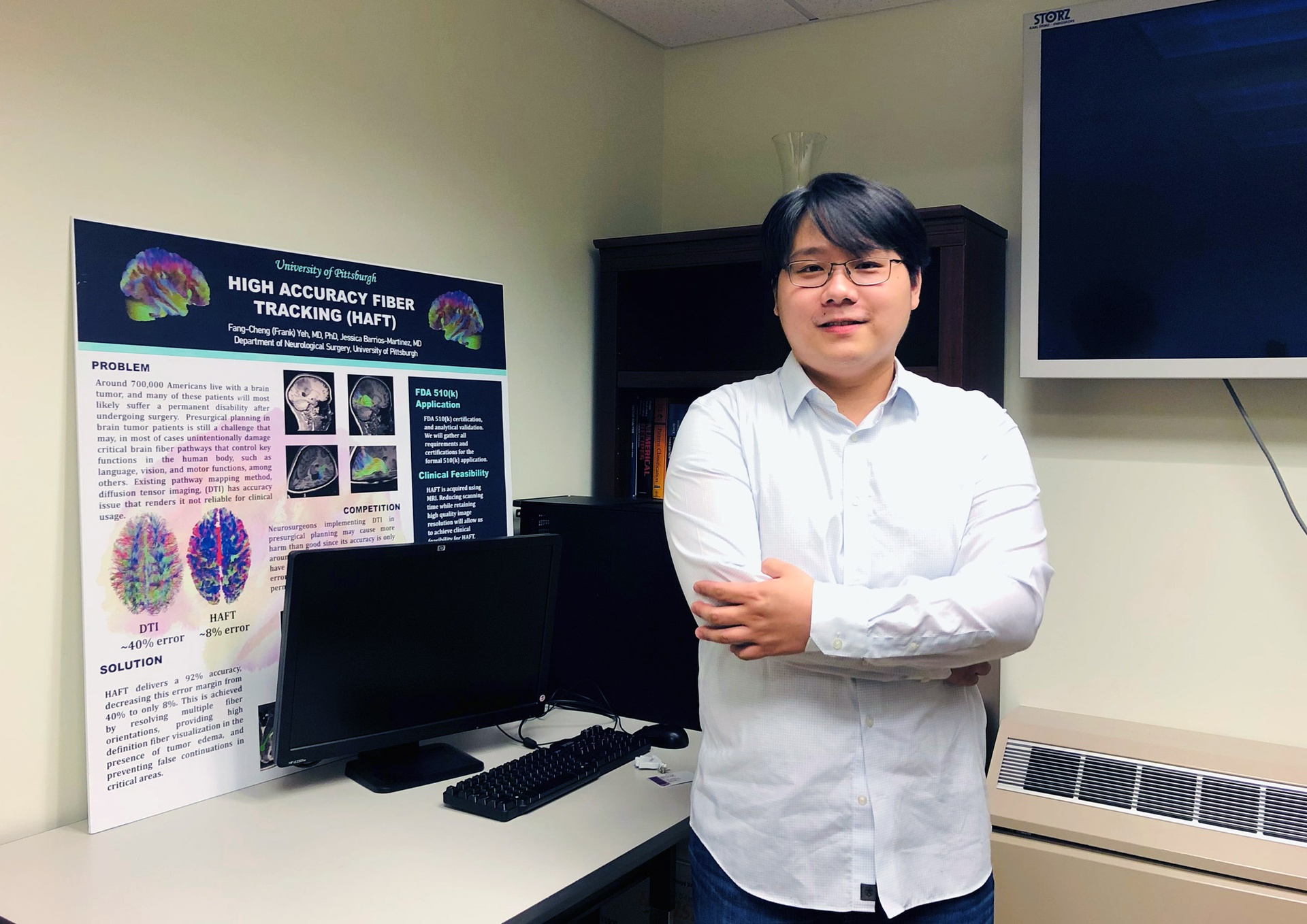 Linggang Luo, a bioengineering graduate student at the University of Pittsburgh, was named the 2020 Wesley C. Pickard Fellow

PITTSBURGH (Feb. 3, 2021) … Linggang Luo, a bioengineering graduate student at the University of Pittsburgh, was named the 2020 Wesley C. Pickard Fellow by the Department of Bioengineering. Recipients of this award are selected by the department chair and chosen based on academic merit.

“I chose Pitt’s bioengineering program because it is among the top programs in the United States,” Luo said. “For those who are simultaneously interested in neuroscience and imaging, there are many opportunities, including collaborations between Pitt, UPMC, Carnegie Mellon University and the Center for the Neural Basis of Cognition.”

Luo works in the lab of Fang-Cheng (Frank) Yeh, MD, PhD, assistant professor of neurological surgery at Pitt’s School of Medicine, where he studies tractography, a 3D modeling technique that uses magnetic resonance imaging (MRI) data to visualize nerve tracts. Specifically, he looks at how this tool can be used to map structural properties of the brain, such as white matter tracts.

“Diffusion MRI has arisen as the only non-invasive way to map white matter bundles and assess their structural integrity in the human brain,” Luo explained. “There is a growing interest in large-scale analysis of diffusion MRI to explore its promising applications in biomedical research as an imaging biomarker of neuropathology.

“With fast imaging sequences, diffusion MRI -- particularly its high angular resolution variants -- can be acquired on standard clinical scanners,” he added. “This advancement has gained considerable interest because of its roles in mapping human connectome and potential for accessing neurological disorders.”

Improved imaging will allow researchers to gain a better understanding of neural function and may eventually help predict and improve treatment of neurological disorders.

“Diffusion MRI is a challenging field with keen competition from top engineers around the world, who are striving to lift technical obstacles for clinical needs,” Dr. Yeh said. “I am thrilled that Linggang has decided to take on this challenge and work side-by-side with me. It is a tough choice, but I believe there is promising potential for him to change health care practice in the future.”

After he completes his PhD, Luo plans to pursue a career in academia and lead his own neuroscience research laboratory.

“I appreciate this fellowship and the opportunity it has allowed me to advance research in this field,” Luo said. “I hope to make a positive impact that can one day improve the treatment of neurological disorders.”