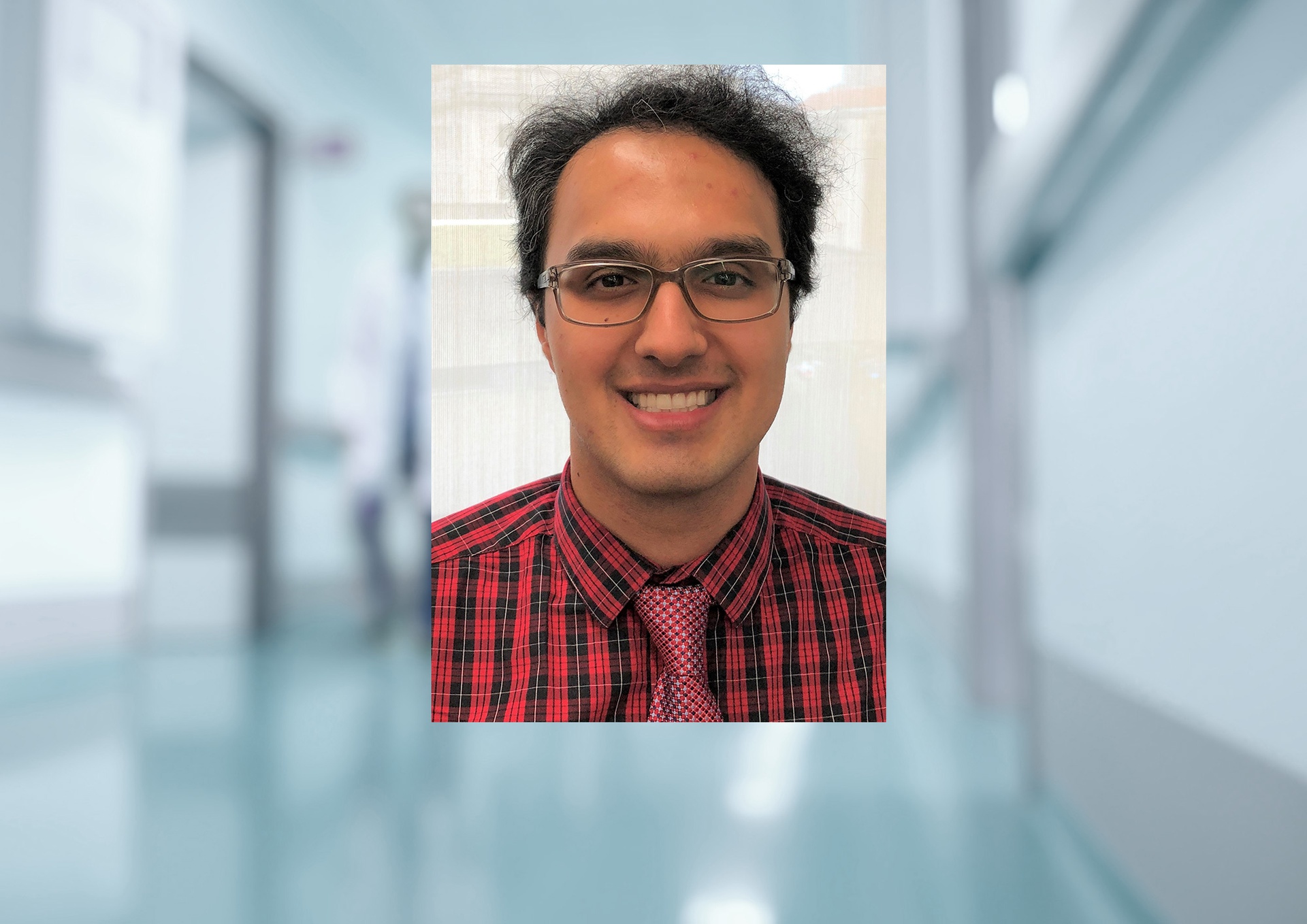 PITTSBURGH (August 13, 2018) … Soroosh Sanatkhani, a bioengineering graduate student at the University of Pittsburgh, was named the 2018 Wes Pickard Fellow by the Department of Bioengineering. Recipients of this award are selected by the department chair and chosen based on academic merit.

Sanatkhani began his studies in automotive engineering at Iran University of Science & Technology. He then joined the graduate program in Mechanical Engineering at Sharif University of Technology where he focused on bio-fluids, fluid dynamics, and hemodynamics - the study of the dynamics of blood flow. This research helped build his background in bioengineering, and after receiving his master’s degree, he was awarded a scholarship to join the Swanson School of Engineering at Pitt.

Sanatkhani is involved in multiple cardiovascular research projects under the supervision of Sanjeev G. Shroff, Distinguished Professor and Gerald E. McGinnis Chair of Bioengineering at Pitt, and Prahlad G. Menon, adjunct assistant professor of bioengineering. His primary research is focused on hemodynamics indices and shape-based models of the left atrial appendage (LAA) of the heart to enhance stroke prediction in atrial fibrillation. In 2017, he was selected as the Swanson School’s Berenfield Fellow, which helped fund foundational elements of his current research.

“In this study I plan to create two novel, patient-specific indices to improve the prediction of stroke in AF patients,” said Sanatkhani. “The first index is a hemodynamics-based calculation of residence time in LAA, which represents the probability of clot formation in the LAA and consequently a metric for stroke risk. The second index will quantify the LAA appearance (shape), which will help us correlate the probability of stroke with geometrical features of LAA”

According to Sanatkhani, this project should result in a new and significantly improved method to predict stroke risk in patients with atrial fibrillation, which will enhance the clinical management and decrease the risk of stroke.

“The Wes Pickard Fellowship will be a valuable complement to the mentorship and training I receive from Drs. Shroff and Menon,” said Sanatkhani. “My exposure to cardiovascular research throughout these projects has helped me realize that I would like to dedicate my research career to this field. This fellowship will help me continue my ongoing project on improving stroke risk prediction in atrial fibrillation.”