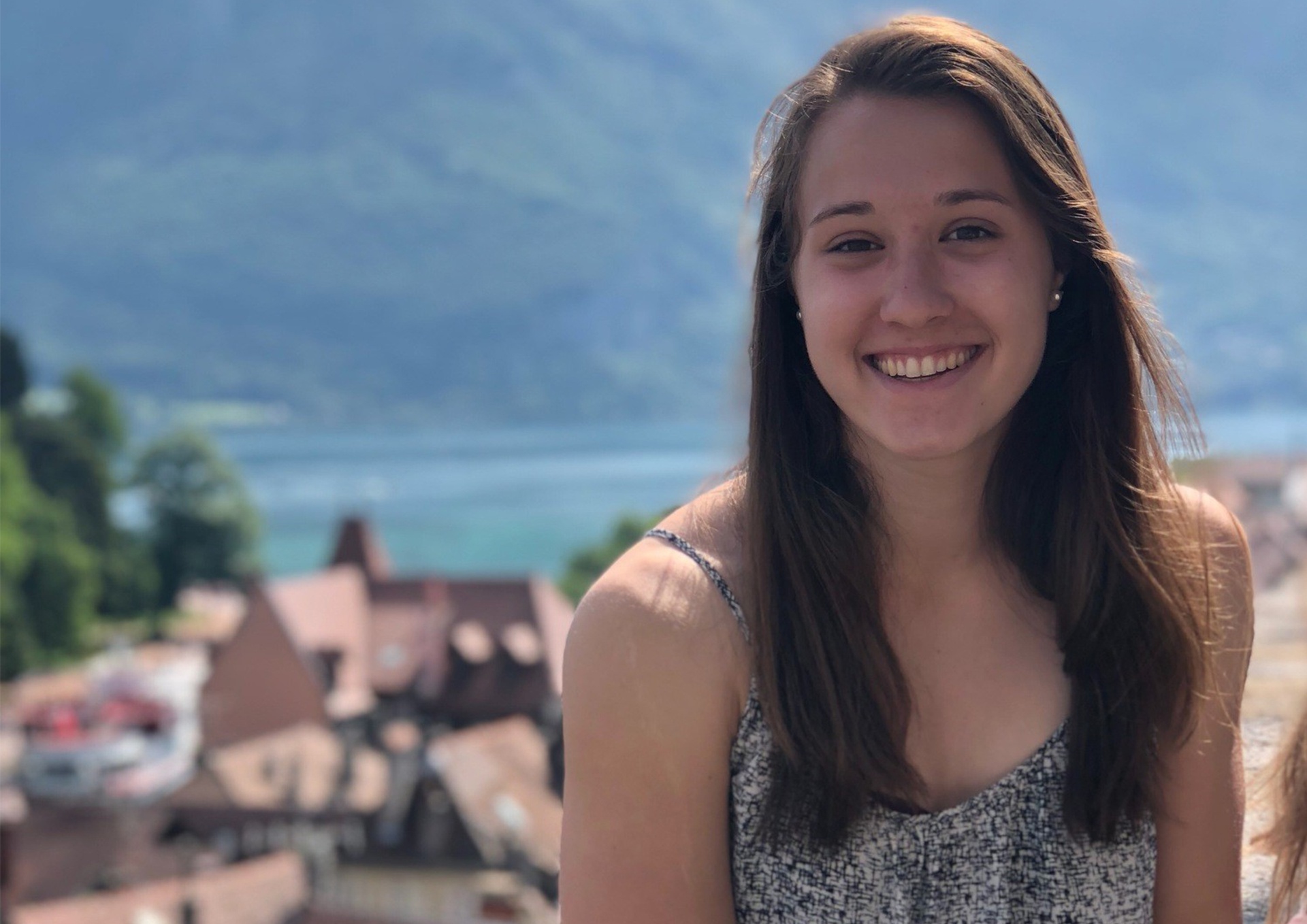 PITTSBURGH (May 25, 2018) … Madeline Hobbs is an active student at the University of Pittsburgh- she is an engineering student, a member of the Blue and Gold Society, an ambassador for the Swanson School of Engineering, and a defensive player on Pitt’s varsity D1 women’s soccer team. This summer, she plans to take on another role: a world traveler. Hobbs, a rising junior bioengineering student, used her savoir-faire to become one of four Pitt students to receive the prestigious Benjamin A. Gilman International Scholarship.

Supported by the U.S. Department of State's Bureau of Educational and Cultural Affairs, the Gilman Scholarship provides up to $5,000 for students to study or intern abroad. Its goal is to broaden the student population that is able to have an international experience during their undergraduate studies. The program encourages students to study and intern in a diverse array of countries and world regions.

Inspired by her father’s time abroad in Bologna, Italy, Hobbs applied to the Gilman Scholarship so that she too could have an enriching experience in Lyon, France.

“I think there is a huge value in studying abroad because of the challenges it presents. You have to get out of your comfort zone, try new things, and make mistakes along the way,” said Hobbs. “I believe it is important to understand other cultures and keep your mind open to trying things that are not part of your everyday life.”

Hobbs has always had a penchant for the French language and culture. She said, “When I was little, my parents took a trip to Paris and brought back an Eiffel Tower t-shirt that I adored! That’s when I became a francophile, and since then, I’ve grown to love the French language, culture, and gastronomy.”

According to Hobbs, France is home to many prestigious engineering schools and is an up-and-coming leader in industry. As a Gilman Scholar, she will receive financial support for her studies at the Institut National des Sciences Appliquées in Lyon, France. During her studies, she will take a course called Connected Devices and the Internet of Things where students will examine devices and sensors, determine how they are used in French society, and design and build a device to help solve a need that she and her fellow students identify is prevalent.

During her month-long experience, Hobbs hopes to explore the language and culture of France. She will be taking a conversation course to help improve her speaking proficiency and learn more about French society. She said, “French is an extremely useful and beautiful language spoken by many people around the world. I am excited to study alongside French students and improve my speaking skills while learning about their way of life.”

Over 2,900 scholarships were awarded to American undergraduate students this year. Hobbs said, “I have always enjoyed traveling and exploring new places. As a kid, I loved being outside and going on little adventures. I’m grateful that the Gilman Scholarship has allowed me to go on this big adventure to a country whose language, food, and culture have captivated me.”