Building on the Building Blocks of Chemistry: From Alkanes to Olefins

Illustration from the cover of ACS Catalysis showing a "volcano" activity plot, similar to the one constructed in calculations to screen the activity of different sites on metal oxides, with the top of the volcano corresponding to the most active sites. Reprinted with permission from ACS Catalysis. Copyright 2018 American Chemical Society.
Mpourmpakis ACS Catalysis Cover

PITTSBURGH (December 12, 2018) … Olefins are simple compounds of hydrogen and carbon but represent the building blocks of chemistry, and are vital for the synthesis of materials from polymers and plastics to petrochemicals. However, olefin production requires the use of nonrenewable fossil fuels, energy intensive “cracking” facilities, and limited production control.

New research from the University of Pittsburgh’s Swanson School of Engineering has introduced a method to effectively screen different catalysts that convert light alkanes to olefins. With light alkanes being abundant in the Marcellus and Utica shale reserves, this methodology may provide a more economical solution for olefins production.

Their research, “Structure–Activity Relationships in Alkane Dehydrogenation on γ-Al2O3: Site-Dependent Reactions” was recently featured on the cover of ACS Catalysis (DOI: 10.1021/acscatal.8b03484). Lead investigator is Giannis Mpourmpakis, the Bicentennial Alumni Faculty Fellow and Assistant Professor of Chemical and Petroleum Engineering at the Swanson School, and co-authors Mudit Dixit, PhD and Pavlo Kostetskyy, postdoctoral fellow at Northwestern University who earned his PhD in Dr. Mpourmpakis’ CANELa lab.

“The tremendous success and vast reserves of shale gas have transformed the chemical market and made methane and light alkanes a versatile feedstock for value-added chemicals production,” Dr. Mpourmpakis explained. “One of the most promising routes toward olefins is the dehydrogenation of alkanes on metal oxides, which is the chemical removal of molecular hydrogen from a hydrocarbon. But this process is energy intensive since it involves high temperatures and the dehydrogenation reaction mechanism is not well understood. As a result, any progress on olefins production relies on lengthy and expensive trial-and-error experiments in the lab."

According to Dr. Mpourmpakis, determining exactly how the alkane dehydrogenation activity depends on the exact type of different sites present on the surface of metal oxides has been difficult, in part because of the diversity of the many sites. His lab applied computational chemistry and mathematical modeling tools to predict how alkane dehydrogenation mechanisms and catalytic activity change on the different sites of the oxides.

“Being able to computationally screen these metal oxide surfaces and identify the exact catalytic active sites greatly limits trial-and-error experimentation in the lab,” Dr. Mpourmpakis said. “We now have a better tool to develop active catalysts for alkane-olefin conversion, which could be a game-changer in the petrochemical and polymer industries.”

The American Chemical Society Petroleum Research Fund (ACS-PRF, 56989-DNI5) supported this research. Computational support was provided by the Center for Research Computing at the University of Pittsburgh, and the NSF Extreme Science and Engineering Discovery Environment. 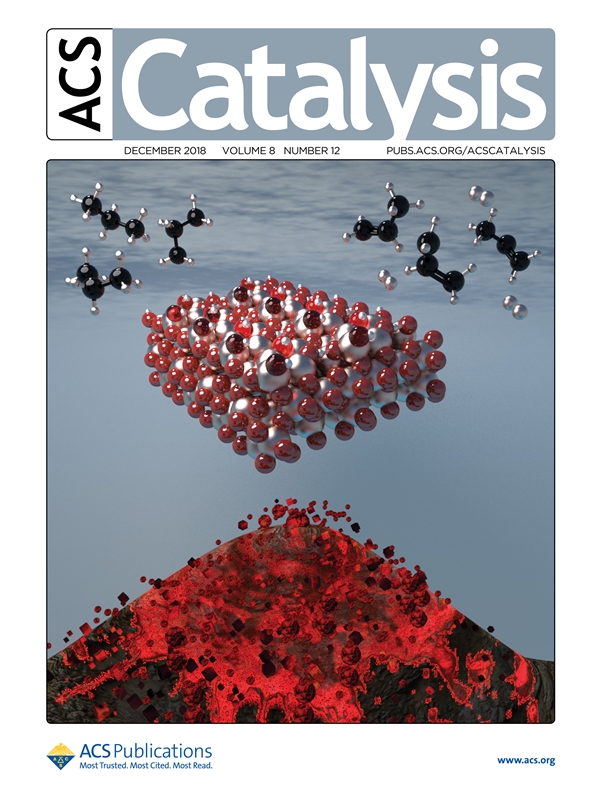 Building on the Building Blocks of Chemistry: From Alkanes to Olefins