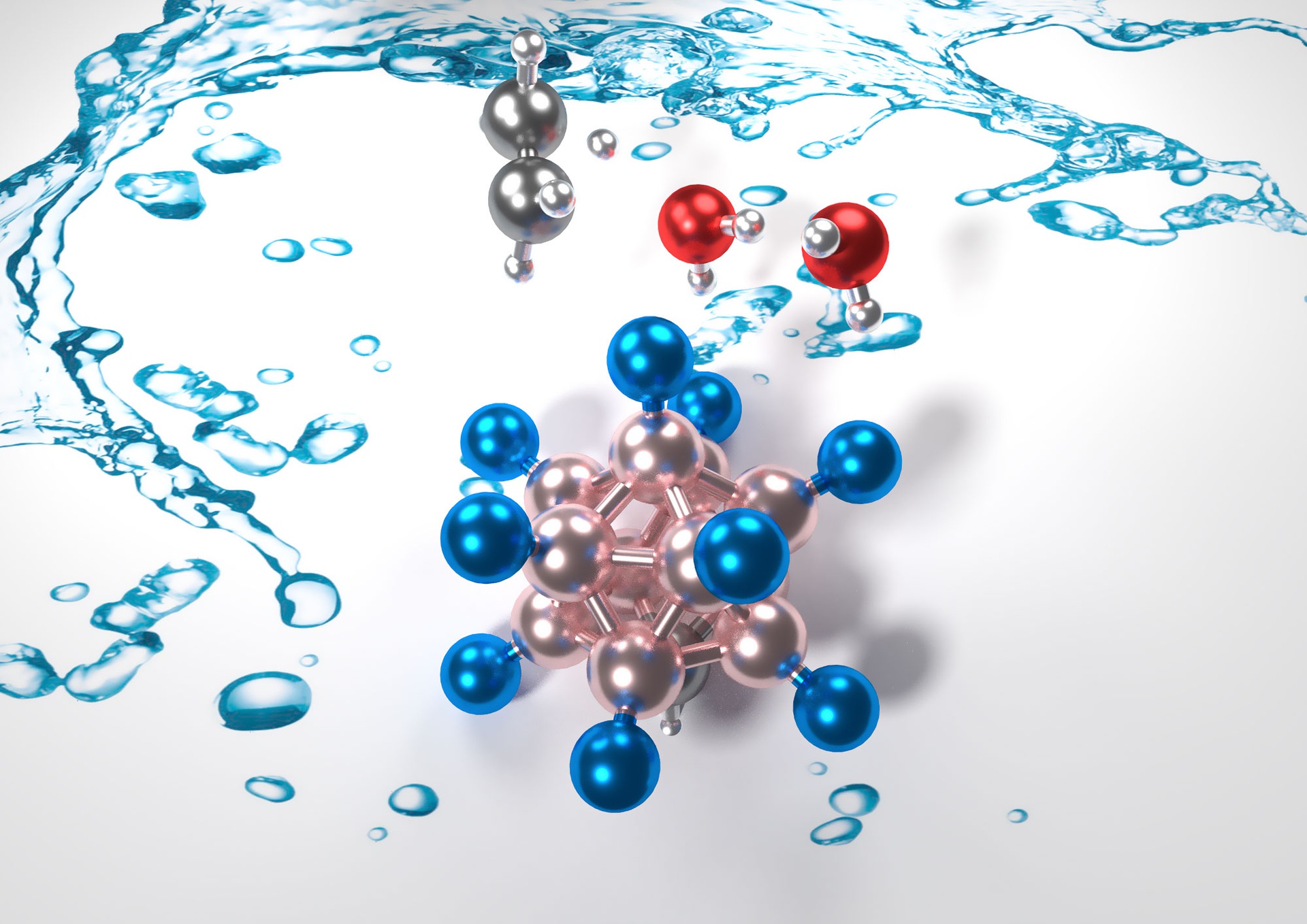 PITTSBURGH (May 30, 2017) … Research at the University of Pittsburgh into a more energy-efficient catalytic process to produce olefins, the building blocks for polymer production, was recently featured on the inside front cover of the Royal Society of Chemistry journal, Catalysis Science & Technology (21 May 2017, Issue 10). The team’s investigations could impact potential applications in diverse technology areas from green energy and sustainable chemistry to materials engineering and catalysis.

“Carboranes are one of the strongest known acids, but little is known about how these molecular catalysts can dehydrate biomass-derived alcohols,” Dr. Mpourmpakis explained. “Our computational research not only detailed the mechanism under which alcohols dehydrate on these catalysts, but most importantly we developed linear relationships between the energy input needed to observe dehydration of alcohols and the alcohol characteristics.”

According to the paper, “these obtained relationships are especially relevant to the field of solid acid catalysis, a widely studied area with a vast range of industrial applications, including the formation of olefins (polymer building blocks) from biomass-derived alcohols as well as fuels and chemicals from sugars and polyols.” The group’s research focused on primary, secondary and tertiary alcohols, and revealed the slope of linear relationships depending on the reaction mechanism.

“This research is important because now experimentalists have a way to identify the reaction followed when different alcohols dehydrate,” Mpourmpakis said. “Because this process involves biomass-based production of polymers, we can potentially create a more sustainable and energy-efficient process.”

Image above: Inside front cover of Catalysis Science & Technology. Catal. Sci. Technol., 2017, 7, 1974-1974 - Reproduced by permission of The Royal Society of Chemistry.