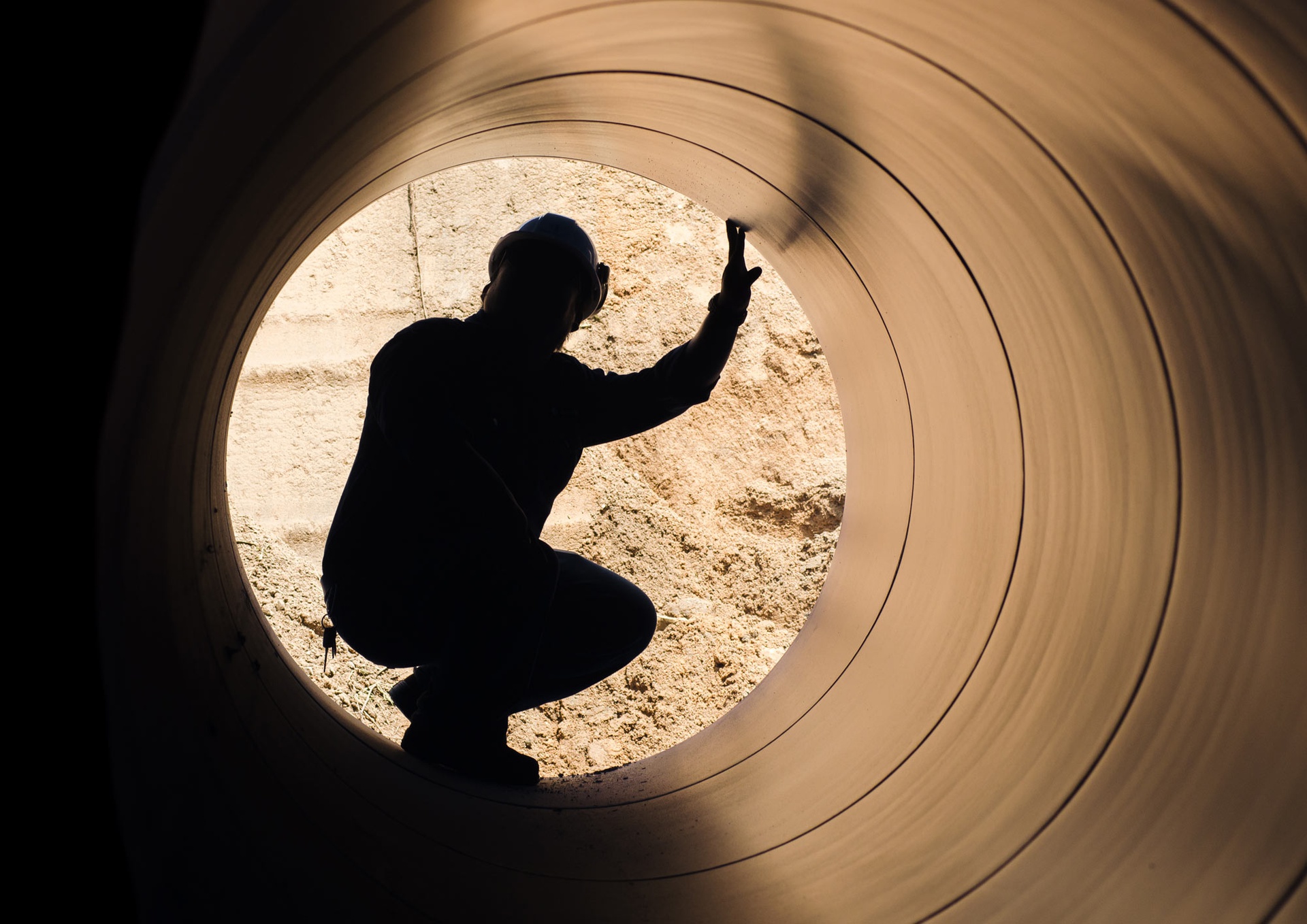 PHILADELPHIA (April 11, 2017) ... Research from Drexel University and the University of Pittsburgh suggests that guidelines for safe disposal of liquid waste from patients being treated for the Ebola virus might not go far enough to protect water treatment workers from being exposed. In a study recently published in the journal Water Environment Research, a group of environmental engineering researchers reports that sewer workers downstream of hospitals and treatment centers could contract Ebola via inhalation — a risk that is not currently accounted for in the Centers For Disease Control and Prevention or World Health Organization Ebola response protocol.

The study, “ Risks from Ebolavirus Discharge From Hospitals to Sewer Workers,” authored by Charles Haas, PhD, LD Betz professor in Drexel’s College of Engineering and head of the Civil, Architectural and Environmental Engineering Department; and Leonard Casson, PhD, and Kyle Bibby, PhD, from Pitt’s Swanson School of Engineering, takes the first steps toward understanding the risk that this untreated waste poses to the people in the water treatment process who work in close proximity to it. (doi:10.2175/106143017X14839994523181)

“During the 2014-16 Ebola outbreak we had our first case of Ebola treated in the U.S. and by the end 11 individuals had been treated here—so this is certainly an area of risk assessment that we need to examine more closely,” Haas said.

Initial guidelines issued by the WHO during the outbreak suggested that liquid waste generated by individuals being treated for Ebola could be disposed of via sanitary sewer or pit latrine without additional treatment. Months later it issued more conservative guidelines that suggested containing the waste in a holding tank before releasing it into the water treatment system. But according to the researchers, neither of these advisories accounted for risk to the sewer workers.

“While current WHO and CDC guidance for disposal of liquid waste from patients undergoing treatment for Ebola virus disease at hospitals in the U.S. is to manage patient excreta as ordinary wastewater without pretreatment. The potential for Ebolavirus transmission via liquid waste discharged into the wastewater environment is currently unknown,” the authors write. “Possible worker inhalation exposure to Ebolavirus-contaminated aerosols in the sewer continues to be a concern within the wastewater treatment community.”

The team arrived at its conclusions by first talking to workers at urban wastewater treatment facilities to understand where and under what conditions they might come in contact with untreated sewage aerosols. The researchers then looked at previous Ebola data to create a model of its behavior under similar conditions — from which they conducted a standardized microbial risk assessment analysis that was developed by Haas.

It took into account variables such as the amount of waste produced during a treatment period, the degree to which it is diluted, the length of time between its disposal at the hospital and when sewer workers would encounter it and the concentration of viable viruses that could be in the air at treatment facilities.

A worker’s risk of exposure varies with the time spent in the contaminated area and whether or not they’re wearing properly fitting protective gear — so the team looked at what the exposure risk would be given a range of protection and viral particle concentration scenarios.

“Under the least-favorable scenario, the potential risk of developing Ebola virus disease from inhalation exposure is a value higher than many risk managers may be willing to accept,” they report. “Although further data gathering efforts are necessary to improve the prevision of the risk projections, the results suggest that the potential risk that sewer workers face when operating in a wastewater collection system downstream from a hospital receiving Ebola patients warrants further attention and current authoritative guidance for Ebolavirus liquid waste disposal may be insufficiently protective of sewer worker safety.”

While this study suggests that new guidelines from the leading public health authorities are likely in order, the researchers acknowledge that their work is part of the iterative process of understanding how to safely contain and treat the virus.

This study builds on Haas and Bibby’s previous work, which has shaped the way experts understand Ebola risk. Their research on how long Ebola can survive outside the body raised important questions about how exposure can occur and how long patients should be quarantined.

“We find this area of risk assessment to be particularly vital because of the preponderance of questions that remain about how long Ebolavirus can survive outside the body,” Haas said. “One thing we do know from previous research is that it is possible to inhale the virus to cause a risk — and it wouldn’t take much. At this point we haven’t seen a confirmed case of somebody contracting Ebola in this way, and our hope is that this work can contribute to revised guidelines that will keep it that way.”