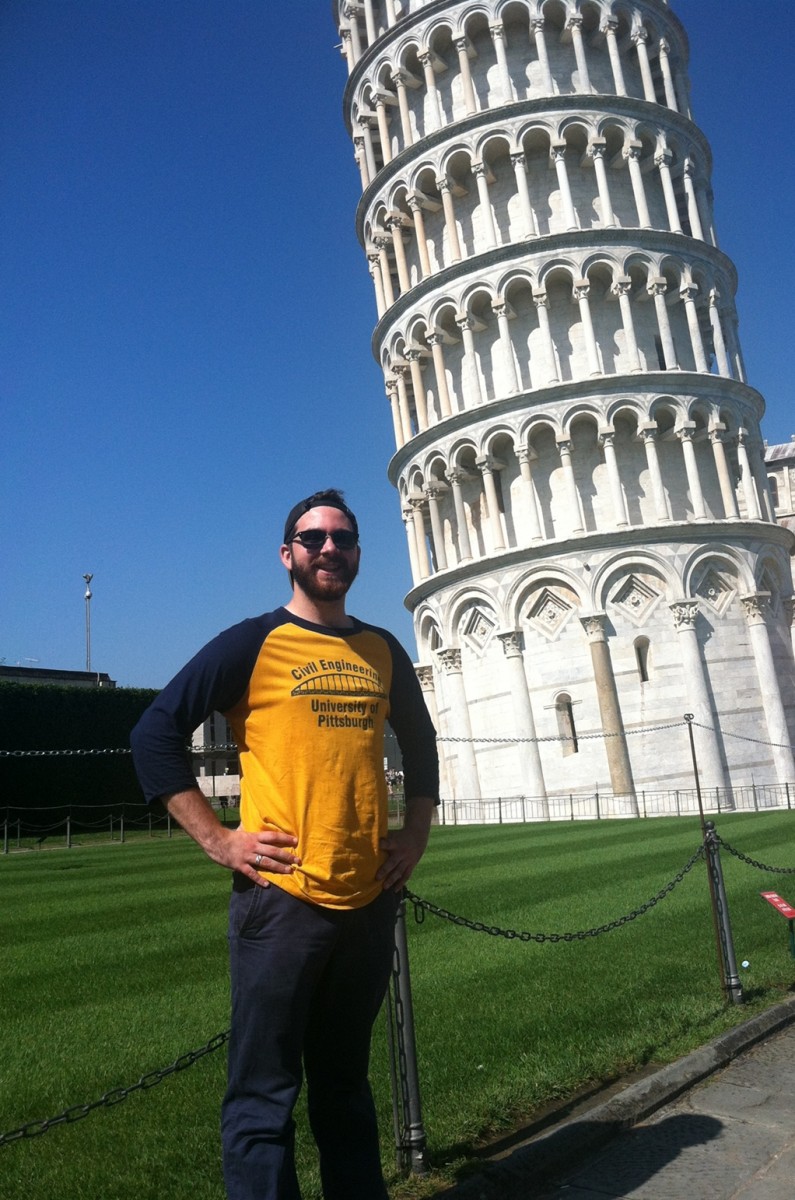 PITTSBURGH (March 1, 2018) … The American Society of Civil Engineers (ASCE), Pittsburgh Section presented Charles (Chaz) Donnelly, a senior civil engineering student at Pitt, the 2017-18 American Bridge Leadership Award. Donnelly was recognized for his impact on the Pittsburgh Section as well as his demonstrated leadership qualities in the civil engineering profession.

“This is a highly competitive award open to all civil engineering students in the area covered by the Pittsburgh Section. Chaz is currently the president of our ASCE Student Chapter and, by all accounts, has been an outstanding leader,” said Anthony Iannacchione, associate professor of civil and environmental engineering and faculty advisor to ASCE Student Chapter. Dr. Iannacchione wrote Donnelly’s letter of nomination.

As president of the Pitt ASCE student chapter, Donnelly has led the approximately 170 students since fall 2017. During this time, he expanded the chapter’s fundraising efforts and led the organization of the University of Pittsburgh’s Region 2 Assembly for ASCE members throughout Washington, D.C., parts of northern Virginia, Maryland, Delaware, and Pennsylvania. The assembly – which took place on November 4, 2017 – provided professional development opportunities and featured presentations on current engineering design practices from students, professors, and practitioners.

ASCE has recognized the Pitt ASCE student chapter as a Ridgeway Finalist in both 2016 and 2017. There are approximately 350 ASCE student chapters nationwide, and only five chapters receive this recognition. In 2017, Pitt also received the ASCE Region 2 Distinguished Chapter Award.

Donnelly is scheduled to graduate in December 2018 with a bachelor’s degree in civil engineering and a concentration in geotechnical engineering. In addition to his coursework, he has had three co-op rotations with Massaro Construction Group. During this time, Donnelly managed subcontractor meetings, conducted follow-up meetings and assessments, developed and reviewed schedules, and resolved conflicts that arose from working with multiple contractors and stakeholders.

In addition to his ASCE leadership, Donnelly is Vice President of the Pitt Space Ex/Astronomy Club. He has previously served as business manager for the American Society of Highway Engineers student chapter and membership chair, steel bridge captain, and technical paper captain for the Ohio Valley Student Conference.