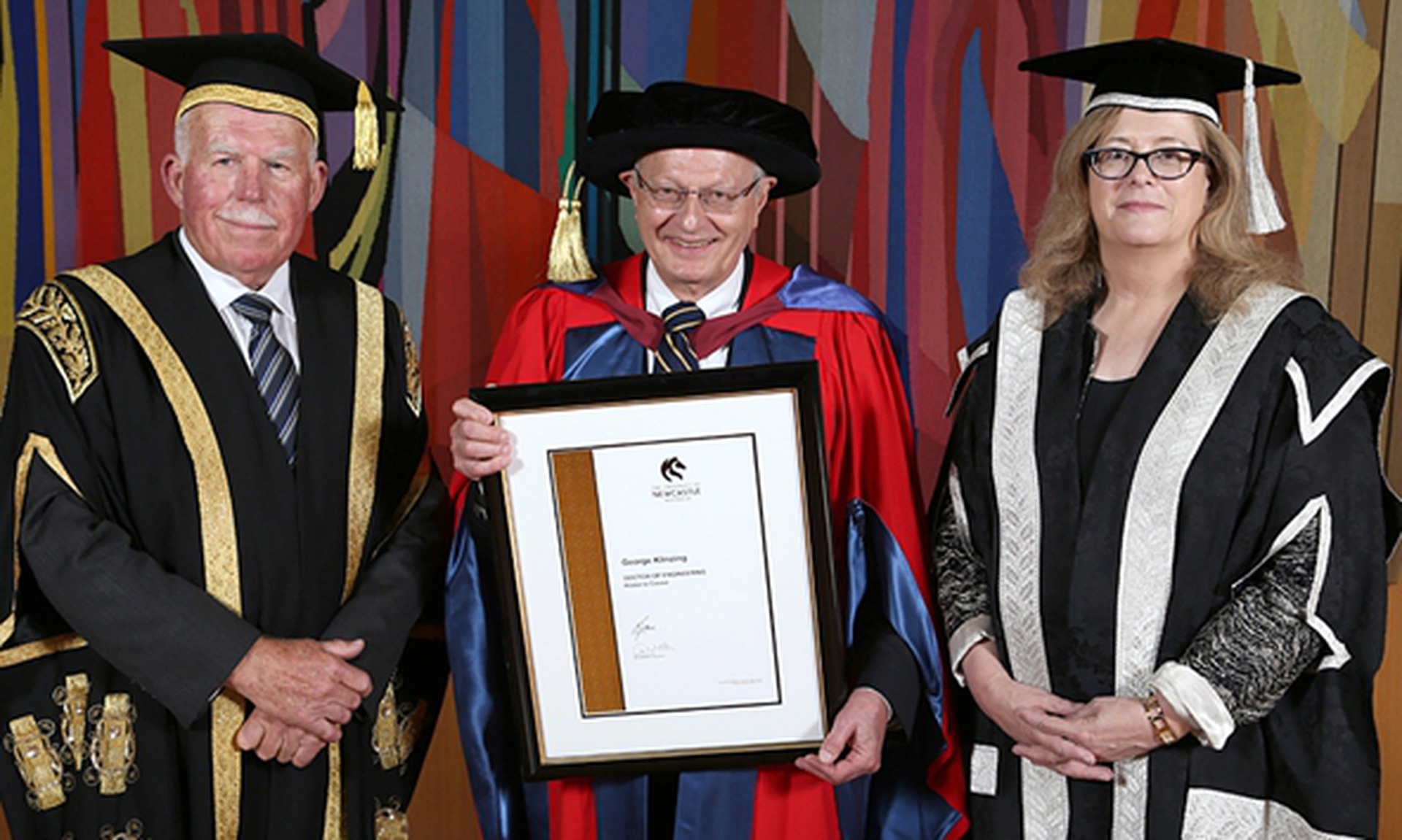 Dr. Klinzing earned his bachelor of science in chemical engineering from the University of Pittsburgh in 1959 and a PhD in chemical engineering from the Carnegie Institute of Technology (now Carnegie Mellon University) in 1963. He joined the Pitt faculty in 1966 after three years on a university development project in Quito, Ecuador. From 1995-2012 he served as the University's Vice Provost for Research. He has given over 200 technical presentations at professional meetings, universities, and industries both nationally and internationally, and has advised 25 Ph.D. students and 54 M.S. students. He is a Fellow of the American Institute of Chemical Engineers and the American Association for the Advancement of Science.