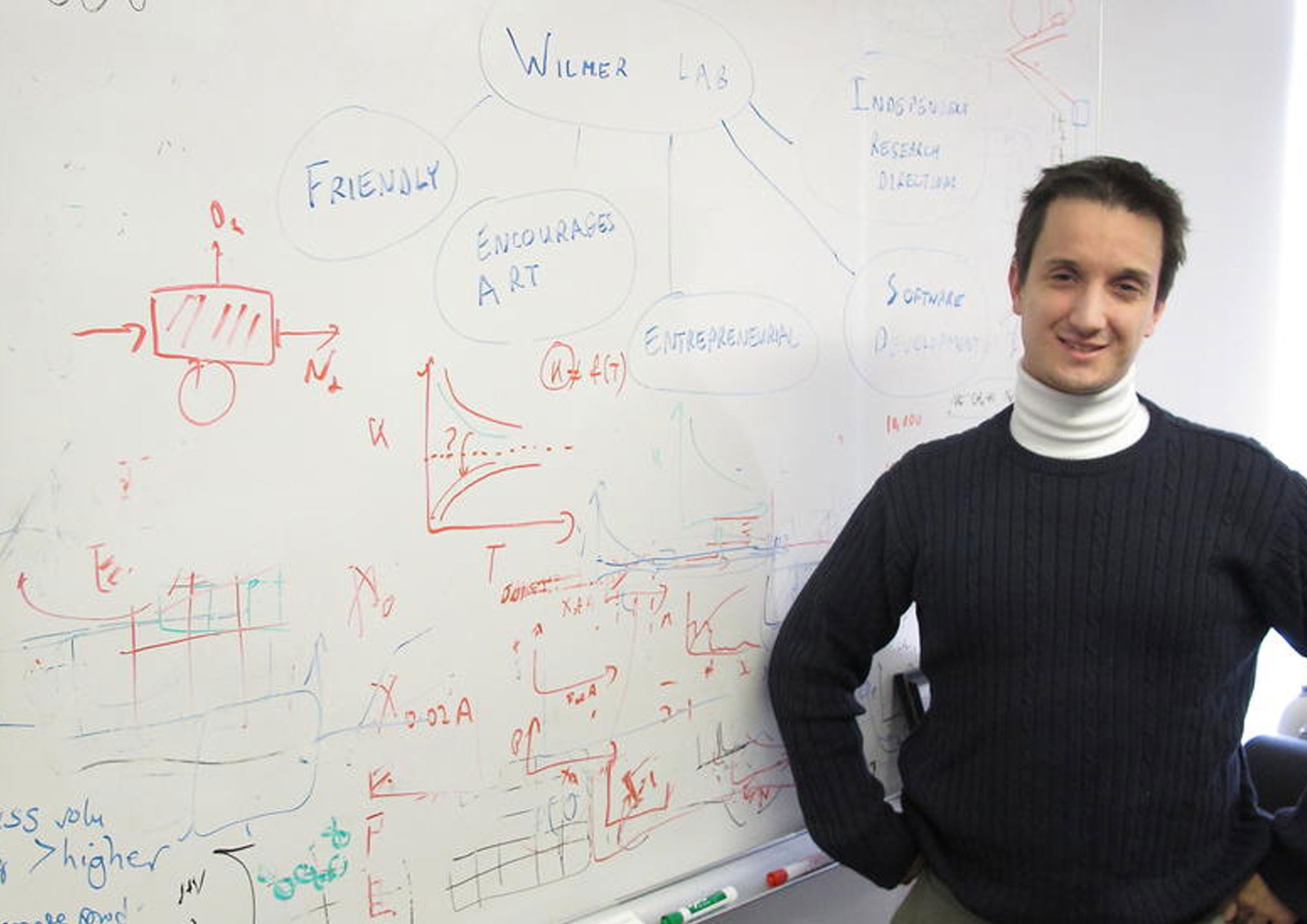 b52f449a-ed77-4e30-a147-7cca729f6403-688303.jpg
PITTSBURGH (June 22, 2017) … The American Institute of Chemical Engineers (AIChE) selected Christopher Wilmer, assistant professor of chemical and petroleum engineering at the University of Pittsburgh, as its 2017 recipient of the Young Investigator Award for Modeling and Simulation. The AIChE Computational Molecular Science and Engineering Forum (CoMSEF) presents the award annually to one individual who received his/her highest degree within the past seven years.

“In the three years since Chris came to Pitt, I have watched him pursue research topics with the potential to have a profound impact on energy, the environment, and society as a whole,” said Steven Little, the William Kepler Whiteford Professor and Chair of the Department of Chemical and Petroleum Engineering at Pitt. “By reaching so high, he has been able to accomplish so much during the very early stages of what promises to be an extraordinary career. The CoMSEF Young Investigator Award is one of the most prestigious honors in chemical engineering simulation and modeling, and truly reflects the breadth and depth of Chris’ career over such a short period.”

The AIChE CoMSEF Young Investigator Award for Modeling and Simulation accepts applicants throughout academia, industry, or government laboratories. According to AIChE, the award recognizes “outstanding research in computational molecular science and engineering, encompassing both methods and applications."

In addition to the award, Dr. Wilmer will receive a plaque, honorarium, and invitation to give a talk within the CoMSEF Plenary session at the AIChE Annual Meeting in Minneapolis, Minn., this October. Dr. Wilmer is the fifth recipient of this award since its establishment in 2013.

About Dr. Wilmer
Dr. Wilmer’s research focuses on the use of large-scale molecular simulations to help find promising materials for energy and environmental applications. He is the principal investigator of the Hypothetical Materials Lab at Pitt and leads his team in solving energy and environmental challenges with complex, hypothetical nanostructures called “molecular machines.” He earned his bachelor’s degree in applied science from the University of Toronto’s Engineering Science—Nanoengineering program, and his PhD in Chemical Engineering at Northwestern under the mentorship of Prof. Randall Q. Snurr.

While at Northwestern, Dr. Wilmer took an interest in developing new technologies through entrepreneurship and co-founded NuMat Technologies, which designs porous materials that could be used to make better natural gas fuel tanks for vehicles. In 2012, the company won the Department of Energy’s National Clean Energy Business Plan Competition, while Dr. Wilmer was named to Forbes’ “30 Under 30 in Energy.” He has authored more than 20 publications and holds more than 500 article citations. For more information visit Dr. Wilmer’s website at www.wilmerlab.com.