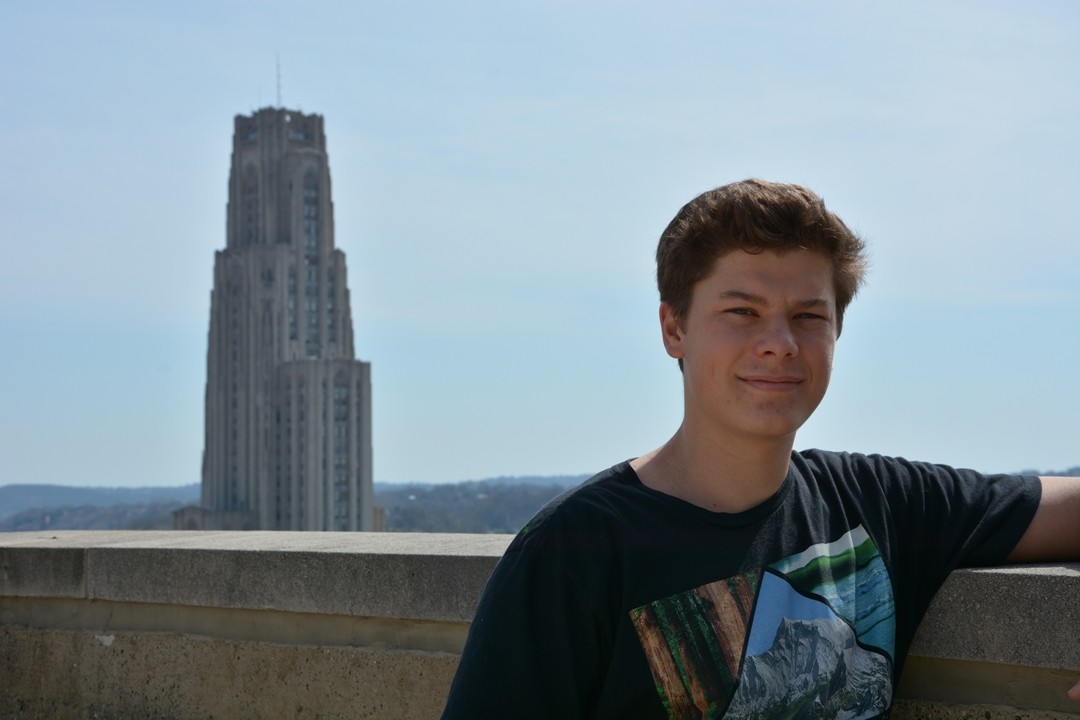 PITTSBURGH- Two University of Pittsburgh students, Zachary A. Barnes and Joseph P. Johnston, have been named 2015 Barry M. Goldwater Scholarship winners. The two undergraduates were awarded the prestigious honor for their exceptional research in the areas of embedded computer system technology and high-energy particle physics, respectively. University of Pittsburgh students have now won 45 Goldwater Scholarships in the last 20 years.

The Goldwater Scholarship, established in 1986 by U.S. Congress and named for then-Senator Barry M. Goldwater of Arizona, supports outstanding students who are pursuing careers in the fields of engineering, mathematics, and the natural sciences. The award-granted in either a student's sophomore or junior year-assists in covering the costs of books, room and board, and tuition for each student's remaining period of study.

"I am happy to offer my congratulations to these students who have been recognized in the Goldwater Scholarship competition for their hard work and talent," Pitt Chancellor Patrick Gallagher said. "Their accomplishments bolster the legacy of excellence in undergraduate education and research at the University of Pittsburgh and are another example of the outstanding capabilities of Pitt students."

"The research pursuits of Zachary Barnes and Joseph Johnston are fascinating and deserving of the support of this prestigious scholarship," said University Honors College Dean Edward M. Stricker. "With the aid of the Goldwater Scholarship, both of these undergraduate students will move forward in their respective fields and continue to exemplify the type of students and professionals who are educated at the University of Pittsburgh."

A native of San Diego, Calif., Zachary A. Barnes is a junior majoring in computer engineering within the Swanson School of Engineering.

Barnes has helped to conduct research in the fields of medical technology research, embedded computer systems, and complex robotics within the laboratories of several Pitt faculty members. Most recently, he assisted in the development of safe-control algorithms for surgical robotics as well as a smart syringe for use in teaching proper drug-administration techniques to students in the medical fields. He also played a key role in the design of an autonomous aerial tracking system for monitoring animals in the wild. Barnes plans to pursue a PhD in computer engineering. He intends to focus his graduate study on complex embedded computer system technology with a specialization in personal robotics and prostheses.

Barnes is the vice president of the student technological-ideation organization Design Hub and a member of the engineering honors society Tau Beta Pi. He has served as president of Scientists, Engineers, and Mathematicians for Service, a student organization that provides educational outreach activities for K-12 students in Pittsburgh.

The University of Pittsburgh has honored Barnes with its University Honors Scholarship as well as the University Scholarship, which is annually awarded to the top two percent of Pitt juniors, seniors, and most recent graduating class. Barnes' other awards and distinctions include a 2015 Student Research Fellowship at Johns Hopkins University and a 2014 Research Experience for Undergraduates Fellowship from the National Science Foundation.

A native of Webster, N.Y., Joseph P. Johnston is a junior majoring in mathematics and physics within the Kenneth P. Dietrich School of Arts and Sciences.

Johnston has assisted Pitt faculty with research on particle physics. As a freshman, he assisted in the condensed matter physics lab of Jeremy Levy, a distinguished professor in Pitt's Department of Physics and Astronomy in the Dietrich School and director of the University's Pittsburgh Quantum Institute. Since his sophomore year, he has been involved in research on neutrino physics within the lab of Pitt Physics and Astronomy Professor Steven A. Dytman. Within Dytman's lab, he has collaborated on numerous projects with researchers from other nations for the GENIE Neutrino Monte Carlo Generator, a large-scale, long-term event generator project developed by an international partnership of scientists.

Johnston plans to pursue a PhD in high-energy particle physics. Upon completion of his academic career, he intends to attain a faculty position at a major research university, where he could teach physics and conduct further research in the field of high-energy particle physics. Johnston's professional affiliations have included the Society of Physics Students, the Pitt Math Club, and the Phi Eta Sigma National Honor Society, the nation's oldest and largest freshman honor society.

Upon arriving at Pitt in 2012, Johnston was awarded a University of Pittsburgh Academic Scholarship. His other awards and distinctions include the 2012 Get it Straight Orthodontics Community Service Award and the 2012 Shirley Miller Scholarship from the Webster Community Chest, which also recognizes exemplary community-service activities. Johnston was the valedictorian of Webster Thomas High School's class of 2012.

Goldwater Honorable Mention designee Reginald J. Caginalp , a native of Pittsburgh's Squirrel Hill neighborhood, is a junior majoring in physics and astronomy as well as mathematics. Goldwater Honorable Mention designee Zachary A. Eddinger , from Fleetwood, Pa., is a junior majoring in chemistry as well as in history and philosophy of science.

Pitt's four 2015 Goldwater Scholarship students were nominated with assistance from Pitt's University Honors College, which advises Pitt undergraduate students and alumni who are interested in pursuing national and international awards.