Defining the Future of Chemical Engineering 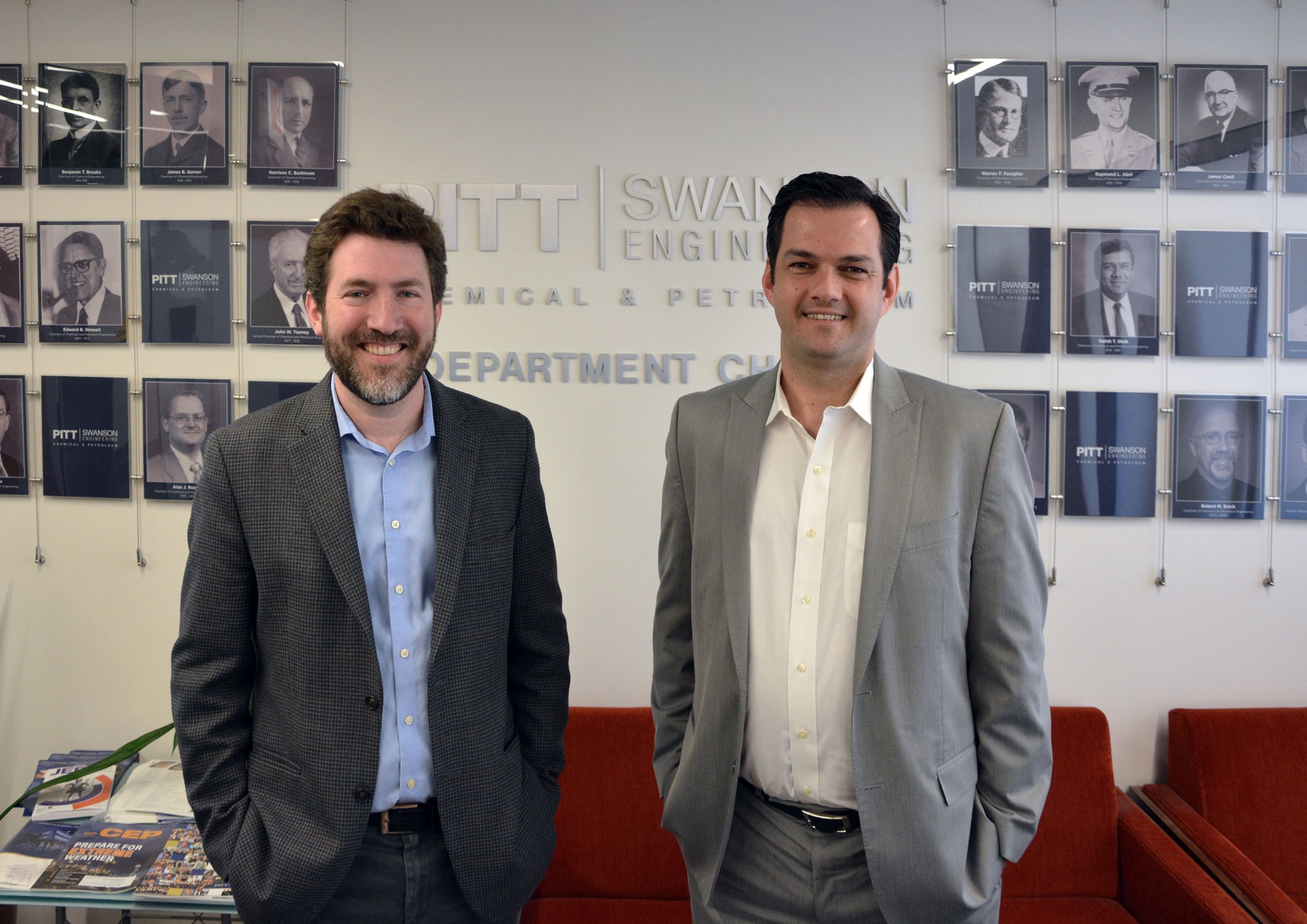 PITTSBURGH (Jan. 5, 2021) — Two professors in the University of Pittsburgh Swanson School of Engineering are featured in a special “Futures” issue of the AIChE Journal.

Research from Giannis “Yanni” Mpourmpakis and John Keith, associate professors of chemical and petroleum engineering, is featured in the special issue that highlights the research of emerging scholars in chemical engineering.

“Much of the future of chemical engineering lies in computational chemistry, and John and Yanni are at the forefront of this research,” said Steven Little, William Kepler Whiteford Endowed Professor and chair of the Department of Chemical and Petroleum Engineering. “It’s no surprise that they were featured in this exciting special issue.”

Catalysts are important in the production of industrial chemicals. Experimentally finding sites on atoms for catalysts to bind, however, is an arduous and costly endeavor. Research from the lab of John Keith analyzes errors in alchemical perturbation density functional theory (APDFT), a method that uses a computer model to screen atoms for hypothetical catalyst sites more quickly and with lower cost than trial-and-error experiments in a lab. The researchers used machine learning to correct the prediction errors that occurred in the program, resulting in more than 500 times more hypothetical alloys than the previous model. Their research provides a recipe for developing other machine learning-based APDFT models.

Zeolites are porous, aluminosilicate materials that are used for an array of applications in the chemical industry, including separations, catalysis, and ion exchange. Despite their widespread use, zeolite growth is still not well understood. Featured research led by Giannis Mpourmpakis’s CANELa lab at Pitt uses density functional theory calculations to understand the thermodynamics of oligomerization, which constitutes the initial stage of zeolite growth. The researchers were able to determine that the growth of aluminosilicate systems is energetically more preferred than their pure silicate counterparts and elucidate the effect of different cations on these energetics. They also suggest that the formation of small complexes at the initial growth steps can have a significant impact on the final zeolite structure. Understanding how zeolites form is central to controlling their final structure, such as pore size distribution and chemical composition, since these properties determine to a large extent their overall application behavior.

The paper, “Understanding Initial Zeolite Oligomerization Steps with First Principles Calculations,” (DOI: 10.1002/aic.17107) was authored by Emily E. Freeman and Giannis Mpourmpakis from Pitt, James J. Neeway and Radha Kishan Motkuri from the Pacific Northwest National Lab; and Jeffrey D. Rimer from the University of Houston. This work is funded by the Department of Energy, Nuclear Energy University Program and the computations were performed in Pitt’s Center for Research Computing.

Defining the Future of Chemical Engineering