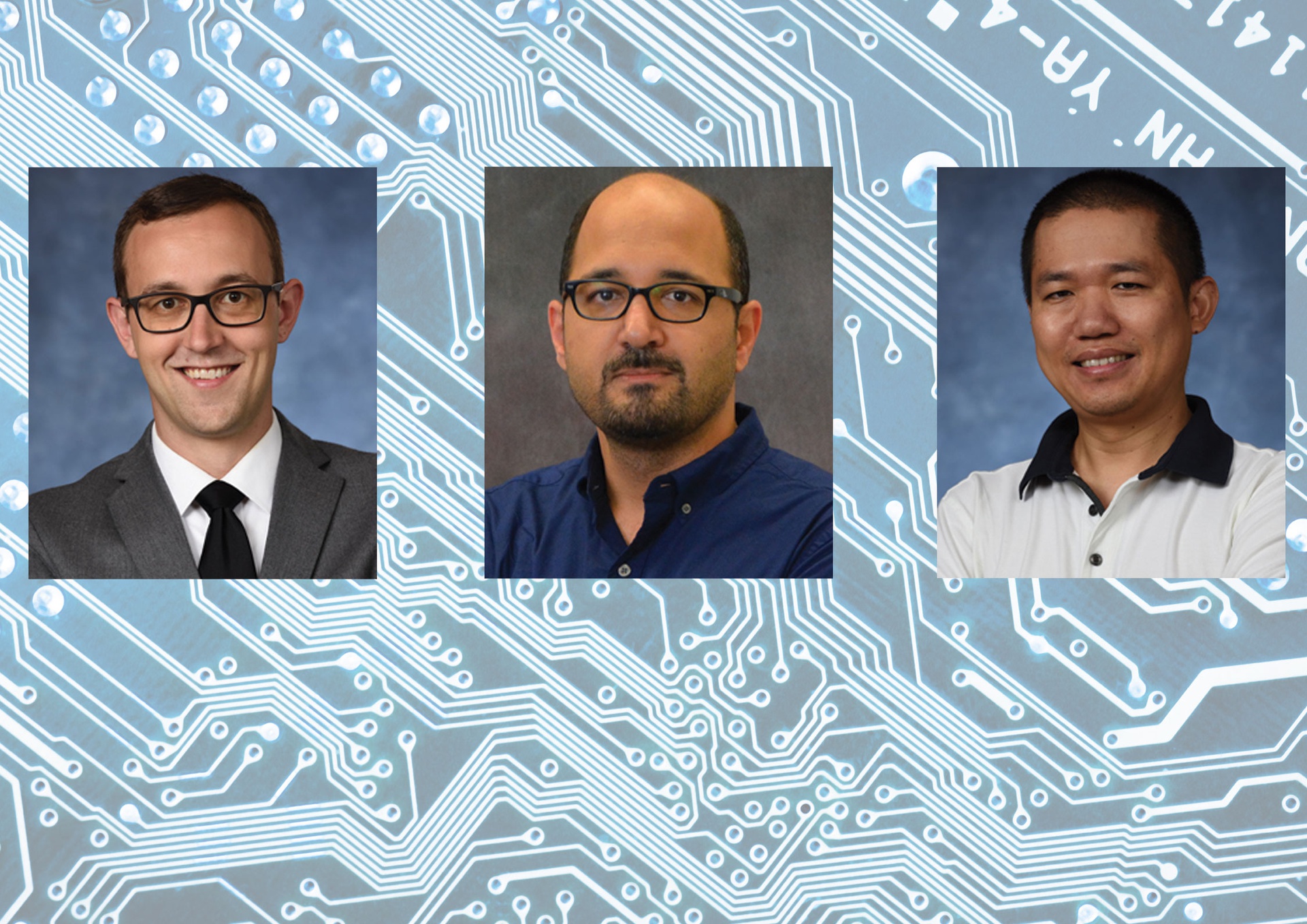 “As a Department, we are focused on strengthening our core academic and research programs at the nexus of computer and electrical engineering, as well as expanding into new territories within ECE and across the Swanson School,” Dr. George said. “David, Masoud and Liang are looking forward to collaborating with other programs at Pitt, especially on innovative health and energy systems, and so I think they will be quick to contribute to the University’s focus on pioneering research and excellence in education.”

David Anderson
After receiving his bachelor's degree in 2012 from Colorado State University, Dr. Anderson completed his PhD at the University of Rochester in 2017. His research focuses on electroacoustics, tactile audio, and audio signal processing for virtual reality applications. His papers appear in the Journal of the Audio Engineering Society and Archives of Acoustics, as well as the proceedings of IEEE WASPAA, Audio Engineering Society conventions, and Acoustical Society of America meetings.

His research interest lies in developing new optimization and control algorithms for electric power systems. Examples of specific research topics in this area include the use of optimization techniques, such as algorithm-based programming, to solve the optimal power flow problem and to create the highest resiliency; designing methodologies for transactive energy management and microgrid integration; and developing algorithms for detecting and mitigating cyber-attacks in SCADA and protection systems. His current research interests include the intersection of data science and optimization theory with power grid applications, faster than real-time simulation, and multi-interdependent infrastructures management.

Liang Zhan
Dr. Zhan received his PhD in biomedical engineering at the University of California, Los Angeles in 2011. His research focus includes bioinformatics, biomedical signal/imaging processing, MRI signal modeling, machine learning, and algorithm development. Following his postdoctoral research at UCLA and prior to joining Pitt, he was an assistant professor of computer engineering at the University of Wisconsin – Stout. In 2017 he received a $425,000 National Institutes of HealthNational Institute on Aging award to study early detection of Alzheimer’s Disease.