Drivers, You're Not Alone. Pittsburgh Really Does Have Frustrating And Short On-Ramps 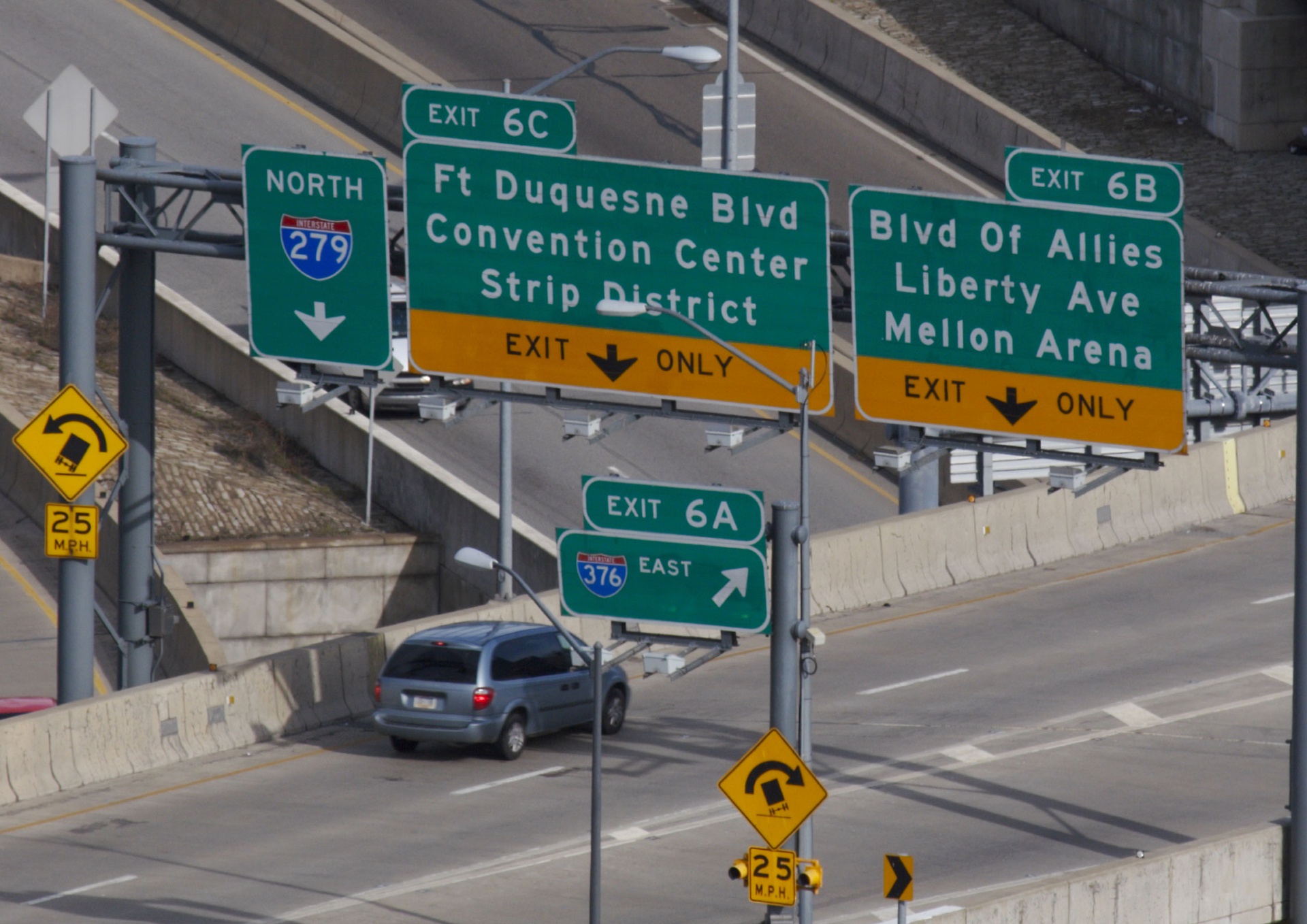 One of the many challenging merge points in Pittsburgh: Fort Duquesne and Fort Pitt Bridge split in Pittsburgh (Robert Pernell/Shutterstock)

Driving in Pittsburgh is confusing. The streets aren’t on a grid system and going over the wrong bridge could result in a long, unwelcomed detour.

Learning to maneuver the city’s streets is frustrating, but listener Ron Dylewski found that merging onto the region’s highways to be particularly challenging.

“Why are there so many on-ramps in the Pittsburgh area that are so dangerous and so short?” Dylewski asked.

In the infrastructure's defense, most of Pittsburgh’s highways were built in the mid-20th Century, they weren’t really made to be highways like in other parts of the country. University of Pittsburgh Civil Engineering Professor Mark Magalotti said most of the region’s parkways were built in the 1950s and '60s, early in the era of interstate highways.

Read and listen to the full story at WESA 90.5/NPR.

Drivers, You're Not Alone. Pittsburgh Really Does Have Frustrating And Short On-Ramps