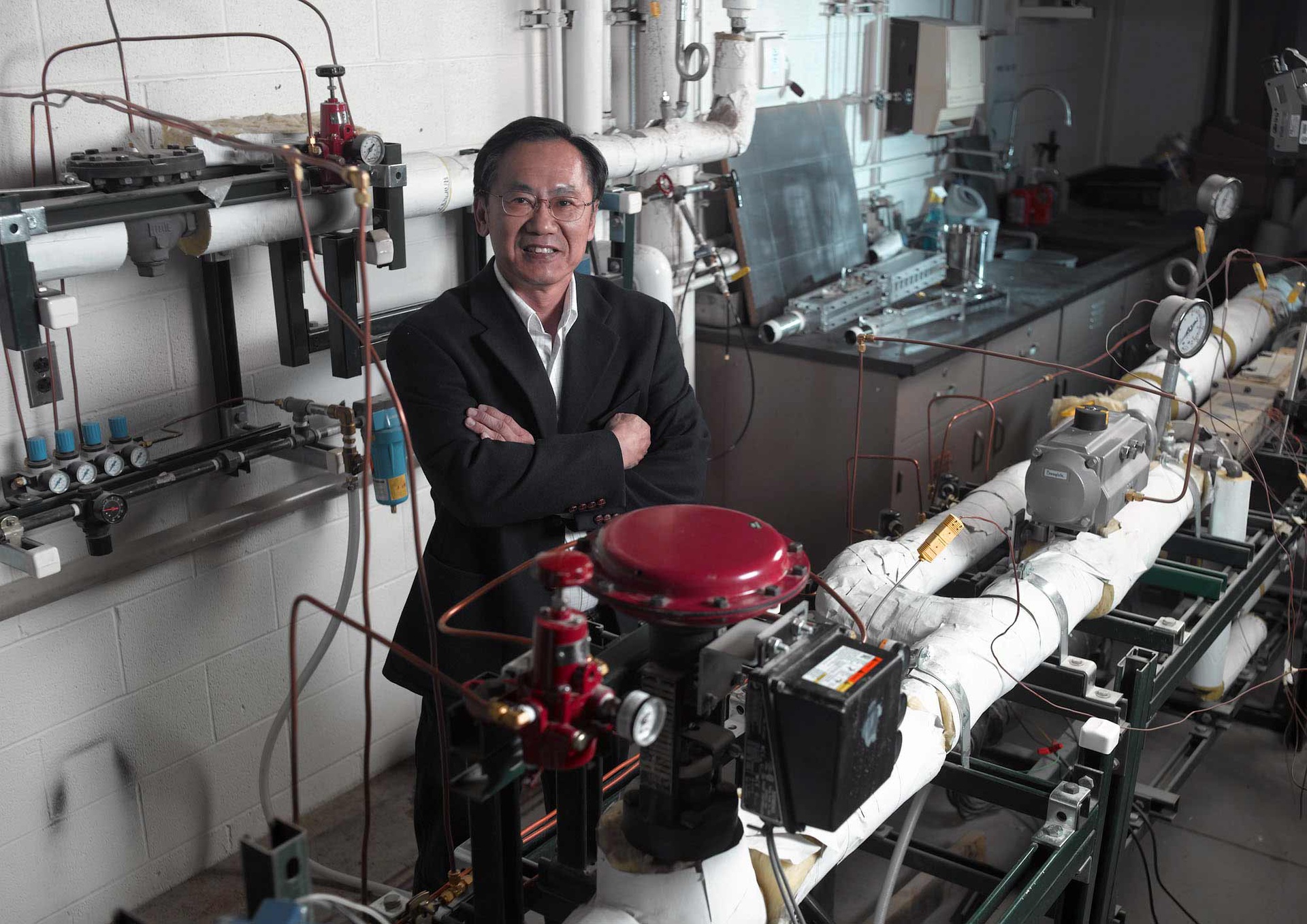 PITTSBURGH (September 14, 2015) … Engineers at the University of Pittsburgh are leading a national research effort to utilize additive manufacturing in developing stronger coatings for materials used in harsh environments, such as the super-heated interior of a gas turbine.

Minking Chyu, PhD, the Leighton and Mary Orr Chair Professor of Mechanical Engineering and Materials Science at the University of Pittsburgh, will lead the Pitt researchers, who received a cooperative agreement totaling $1,015,490, including $798,594 from the Department of Energy's National Energy Technology Laboratory (NETL) and $216,896 in matching funds from Pitt.

One of only nine projects selected nationwide, this project (Design, Fabrication, and Performance Characterization of Near-Surface Embedded Cooling Channels with an Oxide Dispersion Strengthened Coating Layer) plans to improve thermal protection for materials exposed to intense heat in modern and future gas turbines.

Chyu will make use of an oxide dispersion strengthened (ODS) coating layer with embedded cooling channels beneath or within the ODS layer to achieve a process called near-wall cooling. The project will employ rapidly advanced additive manufacturing (AM) processes-a more accurate way to describe the professional production technique commonly referred to as "3D printing."

Apart from significant cost reduction in raw materials, AM offers enormous design freedom and an innovative approach compared to conventional techniques, which imposed certain limitations in having the ODS layer atop of the turbine components.

"Even though ODS has many superb properties for protecting substrate material from oxidation and deteriorated strength in a very high temperature environment, it is very hard for traditional machining or cutting," said Chyu. "Therefore, this technology would not be realizable if not because of AM."

In addition to his role as Leighton and Mary Orr Chair Professor, Chyu serves as the associate dean for international initiatives at Pitt's Swanson School of Engineering and dean of Sichuan University-Pittsburgh Institute (SCUPI) in Chengdu, China.

Chyu's primary research focuses on thermal and material issues relating to energy, power, and propulsion systems. While at Pitt, he has initiated a number of collaborative research programs in micro- and nanotechnology, fuel cells, thermoelectrics, and manufacturing.

Chyu received his PhD in mechanical engineering from the University of Minnesota. He has received four NASA Certificates of Recognition for his contributions to space shuttle programs and participated in a number of fellowships. He served as associate editor for the American Society of Mechanical Engineer's Journal of Heat Transfer, a guest editor for the American Institute of Aeronautics and Astronautics' Journal of Propulsion and Power, and an advisory board member for the International Journal of Fluid Machinery and Systems.

The University of Pittsburgh (Pittsburgh, PA.) plans to improve thermal protection for hot-section components-such as turbine airfoils-in modern and future advanced gas turbines. The team will design, build, and test oxide dispersion strengthened-near-surface embedded cooling channels. This approach will use less coolant air, enhanced cooling performance, and ultimately lead to a higher cycle efficiency. Key findings and new technology resulting from the project will be made available for turbine original equipment manufacturers.