From its start with the Hattler Catheter in 1997 to its transition to extracorporeal CO2 removal in 2006, it has been a long journey for the ALung Technologies team to bring its Hemolung RAS device to this milestone. Hemolung was first used in the US at UPMC Presbyterian Hospital in 2014 on emergency use approval. Seven years later, it is being used to treat patients with COVID-19 and was granted clearance by the FDA.

“The experience of developing a technology in my laboratory that now is going to be treating several hundred thousand patients a year and impacting their care for respiratory failure is my huge and rewarding bench-side to bedside story,” said William Federspiel, John A. Swanson Professor of Bioengineering. He also holds appointments in Chemical and Petroleum Engineering, the School of Medicine, and the McGowan Institute for Regenerative Medicine at Pitt and is a Fellow of the National Academy of Inventors.

Read more from the Innovation Institute below. Click here for the original story. 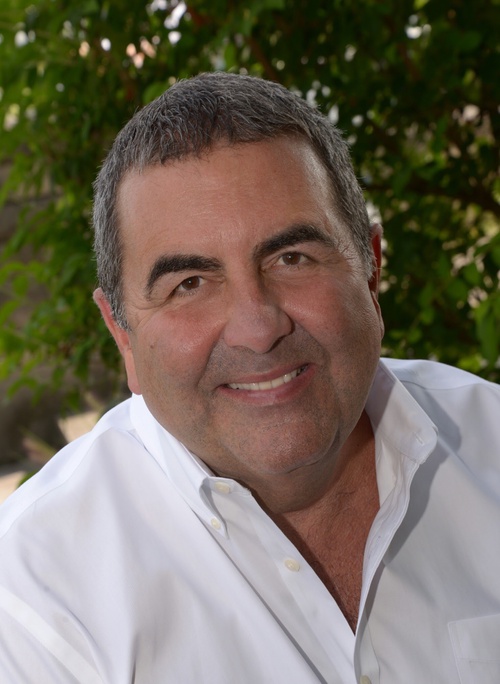 Since spinning out of the University of Pittsburgh in 1997, when Bill Clinton was just starting his second term and Steve Jobs made his triumphant return to Apple, ALung Technologies has been working towards commercializing the research of William Federspiel, the John A. Swanson Professor in the Department of Bioengineering.

After receiving approval last year to treat Covid patients on an emergency basis, the company has at long last received FDA approval to market its artificial lung device in the U.S.

“This is the milestone we had been waiting for. It really has been a long road for me personally and for the company,” Federspiel said. “The experience of developing a technology in my laboratory that now is going to be treating several hundred thousand patients a year and impacting their care for respiratory failure is a huge and rewarding bench-side to bedside story.”

Federspiel initially collaborated with the late Brack Hattler, a professor of surgery and then-director of the Pitt medical devices center. After launching and spending a few years as a virtual company, they spent five more years developing their first artificial lung technology, the Hattler Catheter, which was designed to be placed inside the body as a form of temporary respiratory support.

Reacting to the market and trends towards minimally invasive technologies, the company made a profound pivot about 15 years ago, shortly before Hattler’s death, to developing an easier-to-use artificial lung technology which became known as the Hemolung Respiratory Assist System. The company launched the product in Europe in 2013, and in 2014, it received emergency use permission from the FDA to use the device for the first time in the United States to treat a man suffering from cystic fibrosis who was awaiting a lung transplant at UPMC Presbyterian hospital.

For the past several years, the company was in the midst of a clinical trial for Hemolung to treat patients with chronic obstructive pulmonary disease (COPD) when the pandemic set it, essentially stopping the trial in its tracks.

However, the company quickly applied for and received FDA emergency use approval to treat critically ill Covid patients. ALung’s CEO Pete DeComo said it was in conversations with the FDA during this time that a new route to market through the “De Novo” review process was suggested. This new pathway could help expedite the path to market, but also required a daunting review of its data on safety and effectiveness from the ongoing trial and its emergency use experience.

DeComo is now determined to hit the ground running in getting the device into as many hospitals as possible following its successful track record of treating more than 120 Covid patients. The approval that was received is broader than what the company had been seeking through its COPD trial. It can now be marketed for use in severe asthma, cystic fibrosis, as a bridge to transplant, and any other patient that needs carbon dioxide removed directly from the blood.

“We have been working on a commercialization plan in anticipation of this approval,” he said. “We will be ramping up production capability. We have been in about 50 prestigious medical centers in U.S. through the process of our clinical trial and our emergency use authorization during the pandemic. Many of them are excited about our FDA approval and want to become commercial sites.”

DeComo said about 100 machines used during a clinical trial are able to receive a simple software upgrade so that they can be converted to regular commercial use. The company will then will target new customers.

“The beauty of the Hemolung is that it was designed to be simple, safe and effective,” DeComo said. “It has a much broader application than similar devices that are out there in specialized medical centers. It’s designed for any hospital that has an ICU that has doctors and nurses experienced in taking care of patients on ventilators and kidney dialysis. We have worked with a number of community hospitals that had no previous experienced in extracorporeal therapy and they have done great with the training that we provided.”

The company currently employs 30 people in Pittsburgh. DeComo said the likelihood moving forward is for the company to be acquired by a larger medical device company that can incorporate the Hemolung into its product offerings, and is hopeful in that scenario that the specialized workforce supporting the product in Pittsburgh will remain intact.

DeComo said he is grateful to ALung’s investors, who have stuck with the company through the long and arduous regulatory process.

UPMC Enterprises, the innovation and commercialization arm of UPMC, led a $36 million investment in ALung in 2017 that included the medical device company Philips and local investment funds Birchmere Ventures and BlueTree Ventures, among others.

“We have had a core group of investors who have kept us alive through the years,” DeComo said.

Evan Facher, Vice Chancellor for Innovation and Entrepreneurship at the University of Pittsburgh and Director of the University’s Innovation Institute, congratulated ALung on its perseverance.

“The entire Pittsburgh innovation and entrepreneurship community has been cheering on ALung for many years,” he said. “They could have thrown in the towel at many points along their journey, but they believed in their mission and the potential for their technology to make a difference in people’s lives. It is gratifying to see them achieve this important milestone that will allow their vision to become a reality.”

"I did not waiver in my faith in the technology and its potential clinical impact in treating patients with respiratory failure," said Federspiel, who was the reicpient of the Innovation Institute's Marlin Mickle Outstanding Innovator Award earlier this year and was named to the National Academy of Inventors in 2019.

Federspiel's more recent research has focused on membrane and particle-based blood purification devices, biohybrid artificial lung tissue and improved transport models for drug delivery from nanoparticles and microparticles, and he said he intends to continue making an impact through commercial translation.