University of Pittsburgh environmental engineer goes against the current to show livestock feed, more than location, can accurately predict toxic chemicals in food 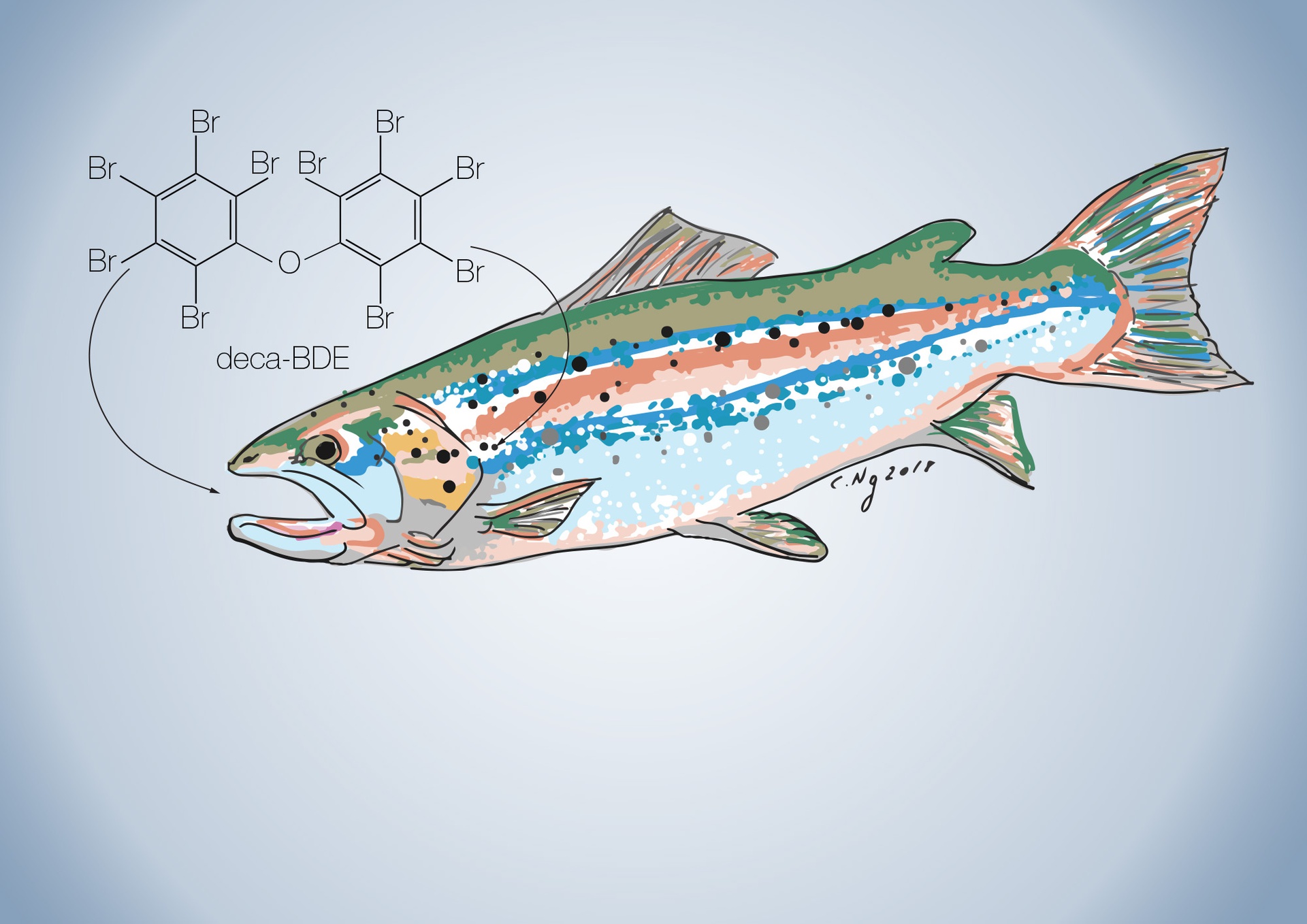 Organic pollutants hazardous to human health may contaminate farm-raised Atlantic salmon if their feed is sourced from regions with little or no environmental regulations. Credit: Swanson School of Engineering/Carla Ng

PITTSBURGH (July 10, 2018) … Persistent organic pollutants—or POPs—skulk around the environment threatening human health through direct contact, inhalation, and most commonly, eating contaminated food. As people are becoming more aware of their food’s origin, new research at the University of Pittsburgh suggests it might be just as important to pay attention to the origin of your food’s food.

The American Chemical Society journal Environmental Science & Technology featured research by Carla Ng, assistant professor of civil and environmental engineering at Pitt’s Swanson School of Engineering, on the cover of its June 19 issue. Dr. Ng tracked the presence of a class of synthetic flame retardants called polybrominated diphenyl ethers (PBDEs), which were once a popular additive to increase fire resistance in consumer products such as electronics, textiles, and plastics (DOI: 10.1021/acs.est.8b00146).

“The United States and much of Europe banned several PBDEs in 2004 because of environmental and public health concerns,” says Dr. Ng. “PBDEs can act as endocrine disruptors and cause developmental effects. Children are particularly vulnerable.”

The Stockholm Convention, an international environmental treaty established to identify and eliminate organic pollutants, listed PBDEs as persistent organic pollutants in 2009. Despite restrictions on their use, PBDEs continue to be released into the environment because of their long lifetime and abundance in consumer goods. They are particularly dense in areas such as China, Thailand, and Vietnam that process a lot of electronic waste and do not regulate much of their recycling.

“The international food trade system is becoming increasingly global in nature and this applies to animal feed as well. Fish farming operations may import their feed or feed ingredients from a number of countries, including those without advanced food safety regulations,” explains Dr. Ng.

Most models to predict human exposure to pollutants typically focus on people in relation to their local environment. Dr. Ng’s model compared a variety of factors to find the best predictor of PBDEs in farmed salmon, including pollutants inhaled through gills, how the fish metabolized and eliminated pollutants, and of course, the concentration of pollutants in the feed.

She says, “We found that feed is relatively less important in areas that already have high concentrations of pollutants in the environment. However, in otherwise clean and well-regulated environments, contaminated feed can be thousands of times more significant than the location of the farm for determining the PBDE content of salmon fillets.”

Dr. Ng says the model could be modified and applied to other fish with high global trading volumes such as tilapia or red snapper. It could also be used to predict pollutant content in livestock or feeds produced in contamination “hot spots.”

“Hot spots are places identified as having high levels of pollutants,” says Dr. Ng. “As these chemicals circulate through the environment, much ends up in the ocean. It’s extremely important to pay attention to the sourcing of ocean commodities and areas where pollutant concentrations are particularly high.”