PITTSBURGH (March 8, 2017) … The National Science Foundation CAREER award is the organization’s most coveted and competitive research prize for junior faculty, and in the first few months of 2017, the University of Pittsburgh’s Swanson School of Engineering has been awarded five CAREER grants totaling more than $2.5 million in research funding.

The CAREER program “recognizes faculty who exemplify the role of teacher-scholars through outstanding research, excellent education and the integration of education and research within the context of the mission of their organizations.” The five awards – three in Chemical and Petroleum Engineering, and one each in Civil and Environmental and Electrical and Computer – are the most received by Pitt and Swanson School faculty in a single NSF CAREER funding announcement. The three Chemical and Petroleum Engineering CAREER awards also represent the most received by a single department within the Swanson School. The faculty applied for the awards during the NSF’s 2016 solicitation period.

“This is a tremendous accomplishment for our faculty, and will greatly assist them in establishing their research at this early stage of their academic careers,” noted Gerald D. Holder, U.S. Steel Dean of Engineering and Distinguished Service Professor at Pitt. “This is the first time that five individuals at the Swanson School received CAREER awards in one year, which speaks to the caliber of their research.”

David Vorp, the Swanson School’s Associate Dean for Research and John A. Swanson Professor of Bioengineering, added, “Research funding at the federal level grows tighter and more competitive each year, and so we’re very proud that these five outstanding faculty members developed such strong proposals. Most importantly, the CAREER awards include a community engagement component which is critical to inspiring future STEM careers in children and young adults.”

The award recipients include:

Department of Chemical and Petroleum Engineering 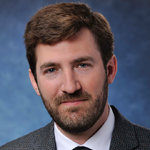 Summary: This project will address the production of carbon-neutral liquid fuels via electrocatalytic reduction of carbon dioxide (CO2) to methanol.  Its focus will integrate high-level electronic structure theory, molecular dynamics, and machine learning to understand how interactions between solvent molecules, salts, and co-solutes regulate CO2 reduction from greenhouse gas into fuels.

The graduate and undergraduate students in Dr. Keith's lab group will also develop educational modules to engage and excite students in the Pittsburgh Public School District about opportunities in STEM fields, with an emphasis on renewable energy and computational chemistry. 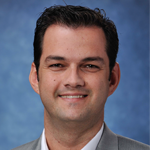 Summary: Although scientists can chemically synthesize metal nanoparticles (NPs) of different shapes and sizes, understanding of NP growth mechanisms affecting their final morphology and associated properties is limited. With the potential for NPs to impact fields from energy to medicine and the environment, determining with computer simulations the NP growth mechanisms and morphologies that can be synthesized in the lab is critical to advance NP application.

Because this is a relatively new field, traditional core courses in science and engineering lack examples from the nanotechnology arena. In addition to improving the research, the award will enable Dr. Mpourmpakis and his lab group to modernize the traditional course of Chemical Thermodynamics by introducing animation material based on cutting-edge nanotechnology examples, and developing a nanoscale-inspired interactive computer game. 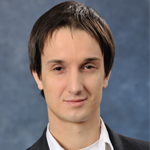 Summary: The development of new porous materials is critical to improving important gas storage and separations applications, and will have a positive impact on reducing greenhouse gases. This includes the deployment of methane and/or hydrogen gases as alternative fuels, development of new filters for removing trace gaseous contaminants from air, and separation of carbon dioxide from flue gas to mitigate greenhouse emissions from the burning of fossil fuels. Dr. Wilmer’s grant will enable his lab to utilize computational methods to probe the limits of material performance for physical adsorption to porous materials. Although past computational screening has suggested physical limits of adsorption capacity for metal-organic frameworks (MOFs), this project will explore the novel use of so-called “pseudomaterials,” which represent all potential atomistic arrangements of matter in a porous material.

As part of community outreach, Dr. Wilmer’s research group will develop educational movies on the fundamental science of gas adsorption, including those relevant to carbon capture to mitigate climate change.


Department of Civil and Environmental Engineering 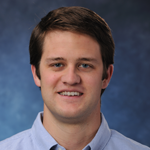 Summary: U.S. beaches and waterways often are closed to human contact when tests indicate an increase in E. coli, usually after heavy rains overwhelm sewage systems. However, the concentration of these common bacteria is not a reliable indicator of viruses in the water, which present a greater danger of causing illness in humans. Dr. Bibby’s research will focus on developing new DNA sequencing methods to directly measure viral loads in water and better indicate potential threats to human health. Dr. Bibby’s group, which previously studied persistence of the Ebola virus in the environment and has worked to develop novel indicators of viral contamination, will utilize quantitative viral metagenomics for viral water quality assessment.

The CAREER Award includes an outreach component that allows Dr. Bibby to engage with students at the Pittsburgh Public School’s Science & Technology Academy (SciTech) next to the Swanson School, leading to development of a hands-on educational module for high school students to characterize microbial water quality. Dr. Bibby will also utilize the research to expand the H2Oh! interactive exhibit he developed with the Carnegie Science Center, enabling children to better understand the impact of water quality on everyday life. 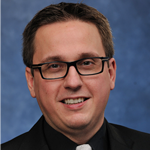 Summary: Dysphagia, or swallowing disorders, affects nearly one in 25 adults, especially the elderly and those who have suffered a stroke or neurological disease, and results in approximately 150,000 hospitalizations annually. A patient’s risk for dysphagia is diagnosed first by screening, and may require an endoscopy or fluoroscopy for further evaluation. However, some patients who aspirate do so silently, causing doctors to misdiagnose. Dr. Sejdić will utilize high-resolution vibration and sound recordings to develop a new screening technology to help doctors diagnose dysphagia and patients to learn how to properly swallow while eating or drinking.

Dr. Sejdić and his lab group will also collaborate with speech language pathologists to develop an online learning module to further education and outreach throughout the U.S.