Following the Current From Idea to Reality 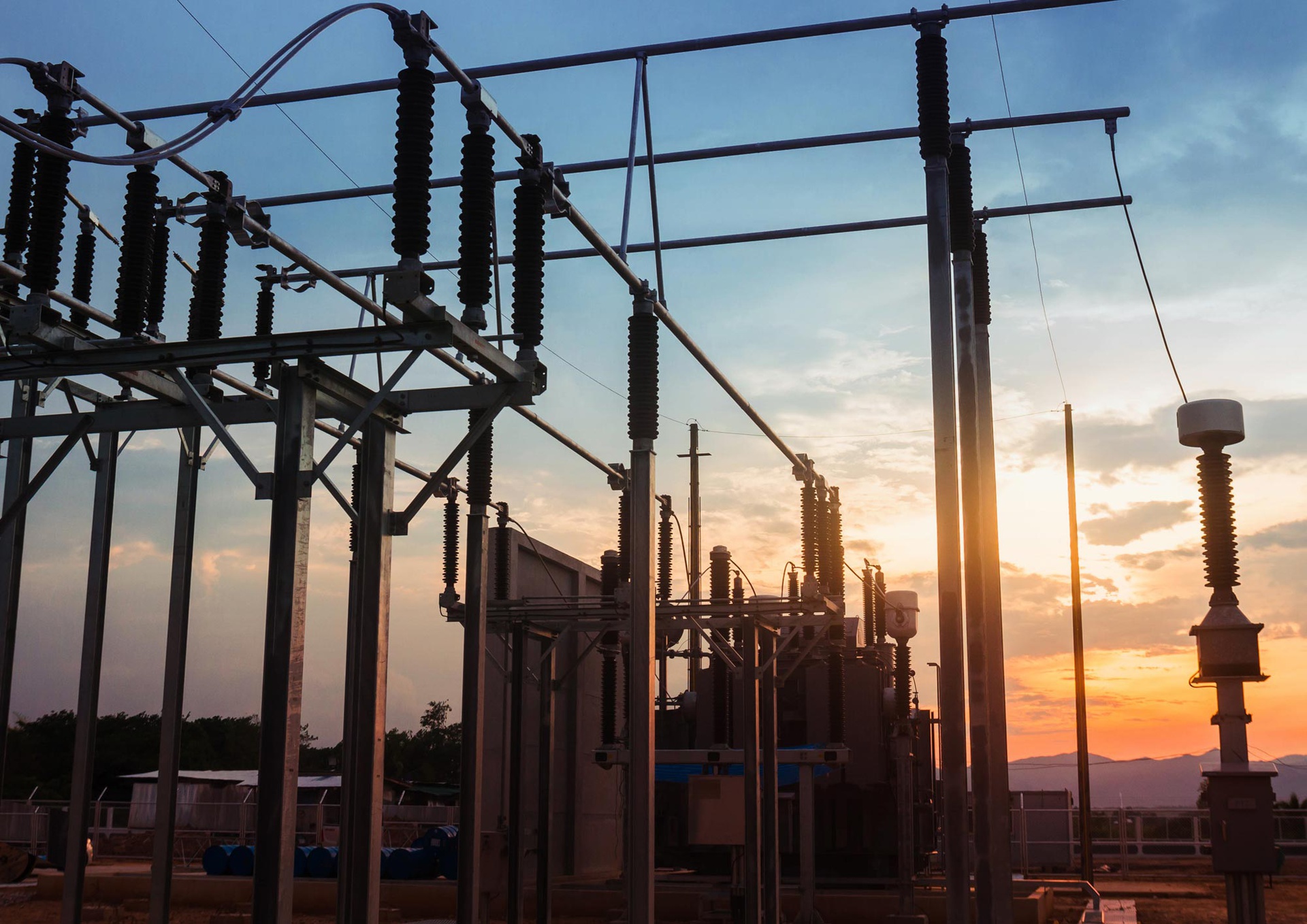 In March 2013, representatives from Mitsubishi Electric Company arrived from Japan to meet with University of Pittsburgh electrical engineers with a proposal: they wanted to engineer a way to identify faults within the new high voltage direct current (HVDC) system they intended to manufacture in forthcoming years. Fault identification is critical as high short circuit currents will cause equipment damage, and they needed a group of experts to propose and provide evidence that novel ideas would work as planned.

The Pitt researchers—led by Founding Director of the Energy GRID Institute and Professor of Electrical and Computer Engineering (ECE) Greg Reed; Assistant Professor, Associate Director of the Pitt Energy GRID Institute, and Eaton Faculty Fellow Brandon Grainger; and ECE then-graduate student researchers Patrick Lewis and Hashim Al Hassan—were tasked with verifying power converter performance for a US market; validating the fault finding methods for Mitsubishi; and helping to take their innovation a step farther. Now, seven years later, the company announced that this technology is finally going to market with its Voltage Source Converter (VSC)-based HVDC-Diamond.

The HVDC system is a utility-scale, power electronics system used to transmit megawatts of power from point to point, converting the alternating current (AC) produced by renewable energy sources, converting it to a direct current (DC) to send through the system, and converting it back to AC on the other end. As more renewable resources find a place in the power grid, systems like this one can transmit the power quickly and reliably to load centers where it will be used.

“Transmitting power through high voltage DC is important. By transmitting at a super high voltage (in this case, 500,000 Volts), current levels will drop, resulting in less losses in the overall electrical system. It’s more efficient,” explained Grainger. “But, in such a large, expensive system, things can go bad very quickly if currents flow somewhere they shouldn’t. Our main tasks were to engineer a creative way to find faults in the system and to make sure the system was designed to meet the U.S. market with the help of local engineers at Mitsubishi Electric Power Products, Inc. in Warrendale, PA.”

Faults, or short-circuits, happen when equipment degrades and allows a current to flow somewhere other than the intended path. The new system would find faults within different segments of the apparatus so they can be addressed before causing damage. With a $250,000 grant from Mitsubishi, the researchers set to work validating the findings and ensuring it would work as intended. The proposed solution did not require a communication method for the HVDC system that would allow it to relay information about faults from one end of the 1000 kilometer-long units; however, that approach was ultimately left out of the final product. Communication between station to station is important when designing equipment operating at high voltage and power.

In 2016, the team at Pitt published a paper in IEEE, “Fault Section Identification Protection Algorithm for Modular Multilevel Converter-Based High Voltage DC With a Hybrid Transmission Corridor,” with their findings. Prior to publication, the team filed a patent for their technology which was awarded Aug. 4, 2020. Now, the system is being manufactured by Mitsubishi Electric Company, based in Tokyo, Japan.

“It’s a long road for projects to go from concept to reality, but it’s always an exciting process to be a part of,” said Grainger. “We were glad to have the opportunity to work with one of the leaders in the HVDC space. Our experience is just one example of the many ways academia and industry work together to bring innovative ideas to the marketplace.”

Following the Current From Idea to Reality