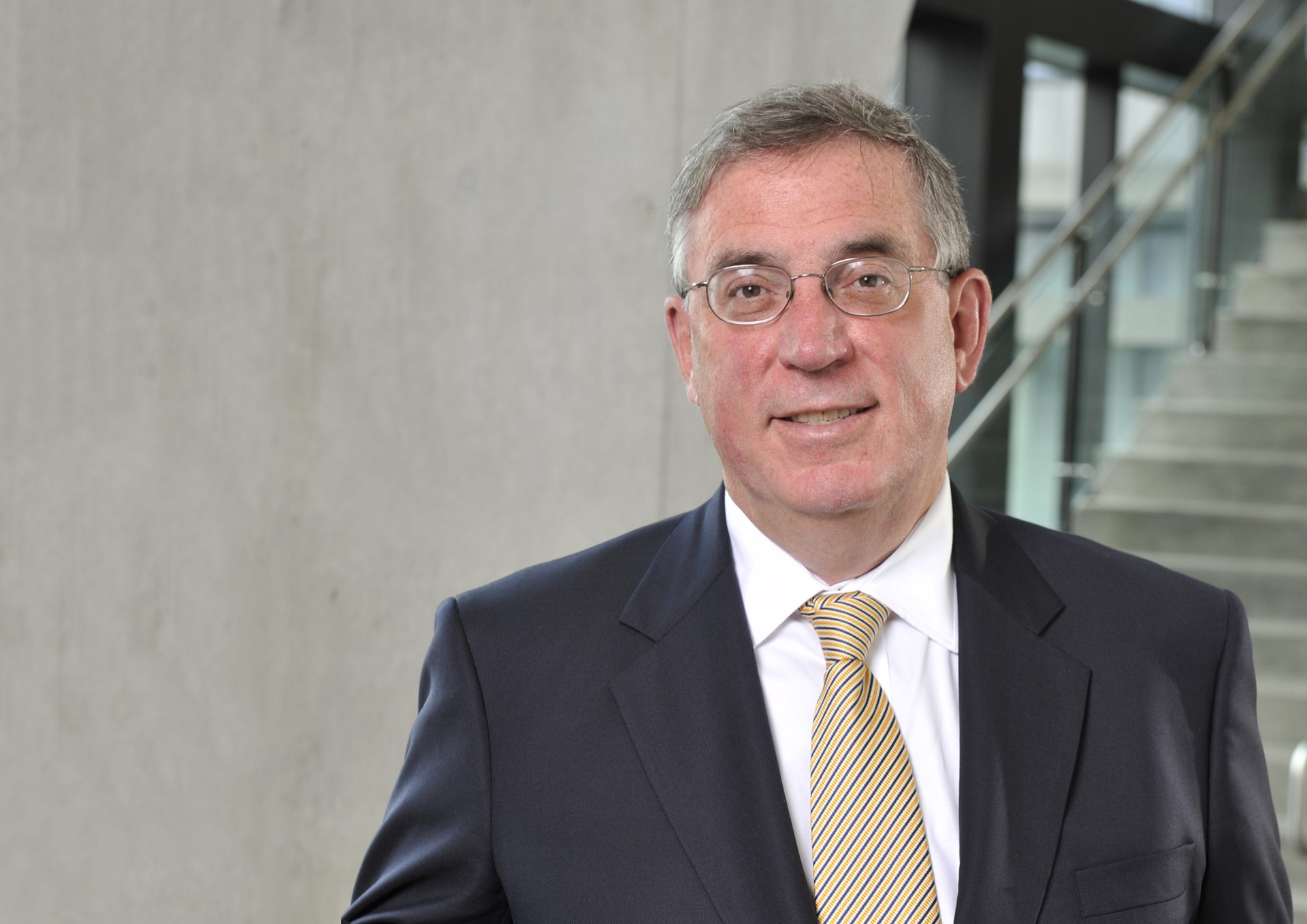 PITTSBURGH (May 10, 2017) ... Marking the culmination of more than two decades of dynamic leadership, Gerald D. Holder, U.S. Steel Dean of Engineering in the University of Pittsburgh’sSwanson School of Engineering, has announced his intention to step down from his position to return to the faculty in the fall of 2018.

Holder, Distinguished Service Professor of chemical engineering, has been dean of the Swanson School since 1996 and a member of its faculty since 1979.

“Two words come to mind when I look back on Jerry’s incredible career as dean of our Swanson School of Engineering: tremendous growth,” said Chancellor Patrick Gallagher. “Under Jerry’s leadership, our Swanson School has seen record enrollment levels and total giving to the school has topped $250 million.

“The school has also expanded academically to support new knowledge in areas like energy and sustainability — and also new partnerships, including a joint engineering program with China’s Sichuan University. And while I will certainly miss Jerry’s many contributions as dean, I am grateful that he will remain an active faculty member and continue to strengthen our Swanson School’s bright future,” Gallagher said.

“Through a focus on innovation and excellence, Dean Holder has led a transformation of the Swanson School of Engineering into a leader in engineering research and education,” said Patricia E. Beeson, provost and senior vice chancellor.

Beeson added, "From the establishment of the now top-ranked Department of Bioengineering to the integrated first-year curriculum that has become a national model, the Swanson School has been a change maker. And with nearly three-quarters of the faculty hired while he has been dean, the culture of success that he has established will remain long after he steps down.”

The University plans to announce the search process for his successor in the coming months.

In his 21 years as dean, Holder has overseen school growth as well as increases in research awards and philanthropic gifts. Enrollment has doubled to nearly 4,000 undergraduate and graduate students, and the number of PhDs has increased threefold.

Holder also has emphasized programs to nourish diversity and engagement — for example, in 2012 the Swanson School had the highest percentage in the nation of engineering doctoral degrees awarded to women.

Co-curricular programs also have prospered during Holder’s tenure. The school’s cooperative education program, which places students in paid positions in industry during their undergraduate studies, has increased to approximately 300 active employers.

The school’s annual sponsored research has tripled during Holder’s years as dean, totaling a cumulative $400 million. Alumnus John A. Swanson’s landmark $43 million naming gift came in 2007, the largest-ever gift by an individual to the University at the time.

University-wide initiatives developed during Holder’s tenure as dean include the Gertrude E. and John M. Petersen Institute of NanoScience and Engineering; the Mascaro Center for Sustainable Innovation, founded with support of alumnus John C. “Jack” Mascaro; and the Center for Energy.

Holder is likewise held in high regard by his peers. "As a dean of long standing, many of us refer to Dean Holder as `the Dean of deans,’ not just because of his years of service but also because of the respect that we have for his leadership, mentorship and impact on the engineering profession,” said James H. Garrett Jr., dean of the College of Engineering at Carnegie Mellon University.

“He is an accomplished academician, an exceptional academic leader and a tremendous human being.”
Holder, a noted expert on natural gas hydrates and author of more than 100 journal articles, earned a bachelor’s degree in chemistry from Kalamazoo College and bachelor’s, master’s and PhD degrees in chemical engineering from the University of Michigan.

In 2015 he was elected chair of the American Society of Engineering Educators’ (ASEE) Engineering Deans Council, the leadership organization of engineering deans in the U.S., for a two-year term. The council has approximately 350 members, representing more than 90 percent of all U.S. engineering deans and is tasked by ASEE to advocate for engineering education, research and engagement throughout the U.S., especially among the public at large and in U.S. public policy.