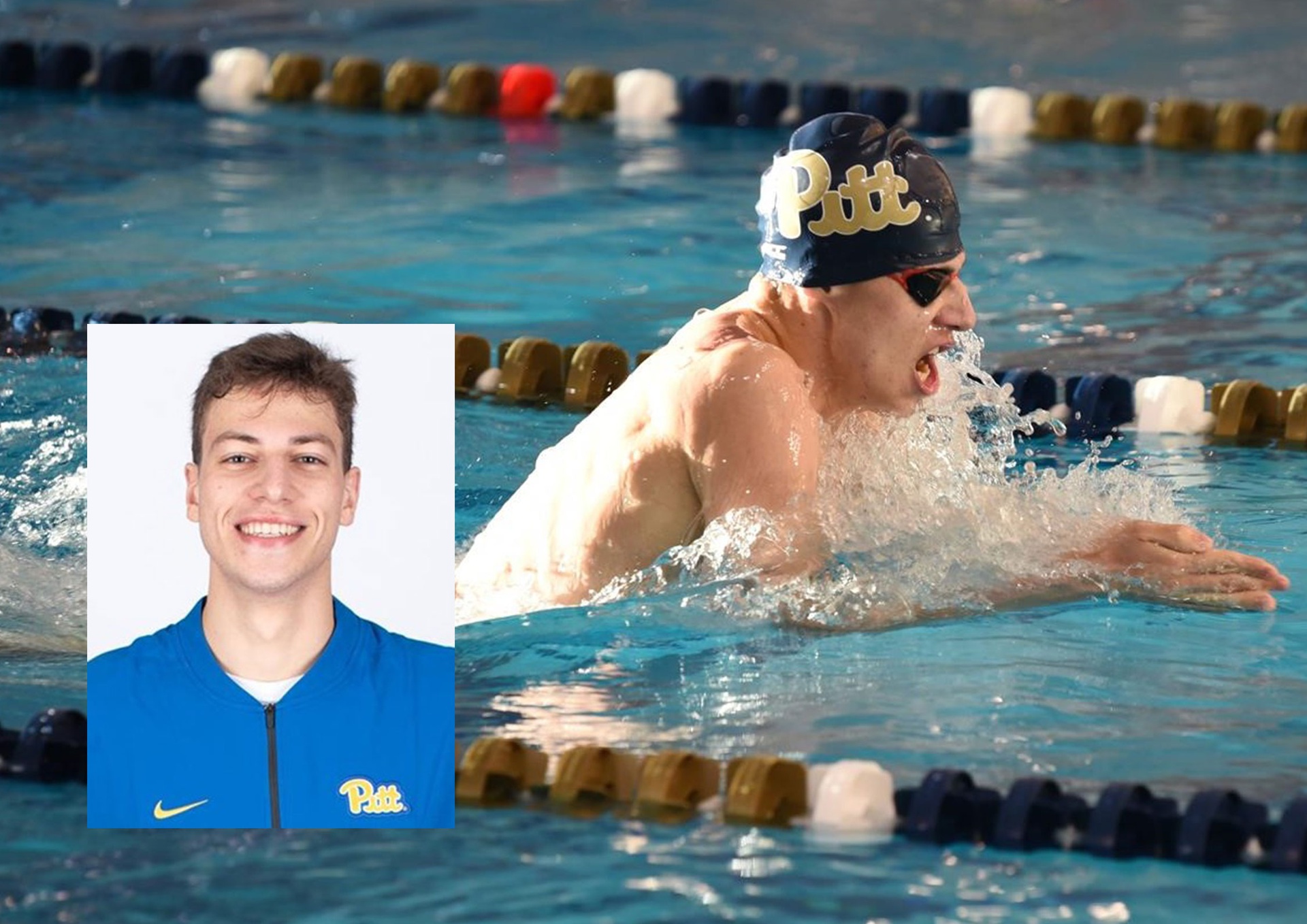 "We are extremely proud of these three tremendous student-athletes," said Pitt head coach John Hargis. "This recognition highlights the continued level of accomplishment for each of these athletes as well as our entire program – both in the pool and in the classroom. They are the true definition of the Pitt student-athlete."

The ACC has now named 13 Pitt swimmers or divers as worthy of All-ACC Academic Team honors during Coach Hargis' four seasons at the helm of the program.

Helmbacher becomes the fourth member of the Pitt swimming & diving program to earn multiple All-ACC Academic Team recognitions since the Panthers joined the conference in 2013-14, following in the footsteps of Kinga Cichowska, Zach Lierley and Meme Sharp.

The graduating senior from Rosheim, France, finished his Pitt career as one of the most decorated swimmers in program history. Along with his two All-ACC Academic honors, the individual-medley standout qualified for several ACC championship finals during his four-year collegiate career, earned an ACC medal and qualified for the NCAA Championships – all while studying industrial engineering.

The holder of three Pitt records, Helmbacher is also a three-time domestic national champion in his native France and represented his homeland at the 2019 World University Games last summer in Italy.

A fellow men's swimming senior, Vorster received his first selection to the All-ACC Academic Team. A film and media studies major, Vorster has been a four-year star for the Panthers in the pool and finished his Pitt career by setting the program record in the 200-yard freestyle and earning his first appearance in an ACC championship final when he qualified for the top heat in the 400-yard individual medley.

The Bloemfontein, South Africa native won a domestic national title in his homeland last year and represented South Africa at the World University Games and the World Championships in South Korea.

For Buchwald, her first All-ACC Academic Team selection comes after she was named an All-American for this season by the CSCAA in platform diving.

Buchwald scored in multiple events at her first ACC Championships, then qualified for the NCAA Championships for the first time after a great performance on platform at the NCAA Zone Diving Meet.

The sophomore diver from Winnipeg, Canada, is enrolled in the Dietrich School of Arts and Sciences.