PITTSBURGH, PA (April 25, 2017) … Each year, the University of Pittsburgh Beta Delta Chapter of the IEEE-Eta Kappa Nu honor society sends out invitations to students in the Electrical and Computer Engineering department who have demonstrated academic excellence. New members rank in the upper one-fourth of their Sophomore and Junior classes, or in the upper one-third of their Senior class. 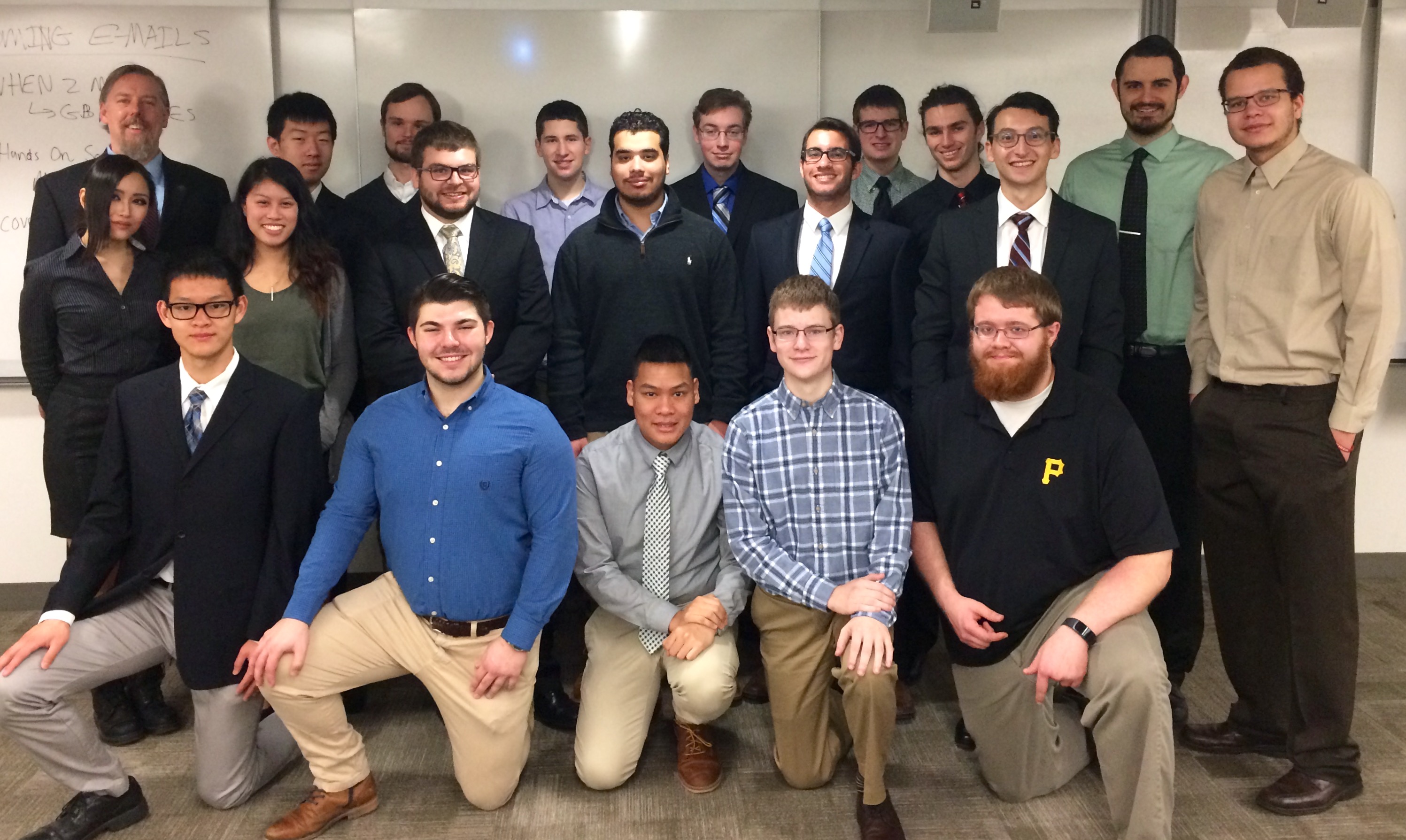 This past February, they held their annual ceremony and inducted the following 14 new members:

Throughout the month of March, the chapter participated in service activities including the annual Hands-On Science activity with students in the Swanson School’s college-preparatory outreach program INVESTING NOW. The activity involved the construction, troubleshooting and testing of a digital circuit model for a simple traffic sign. 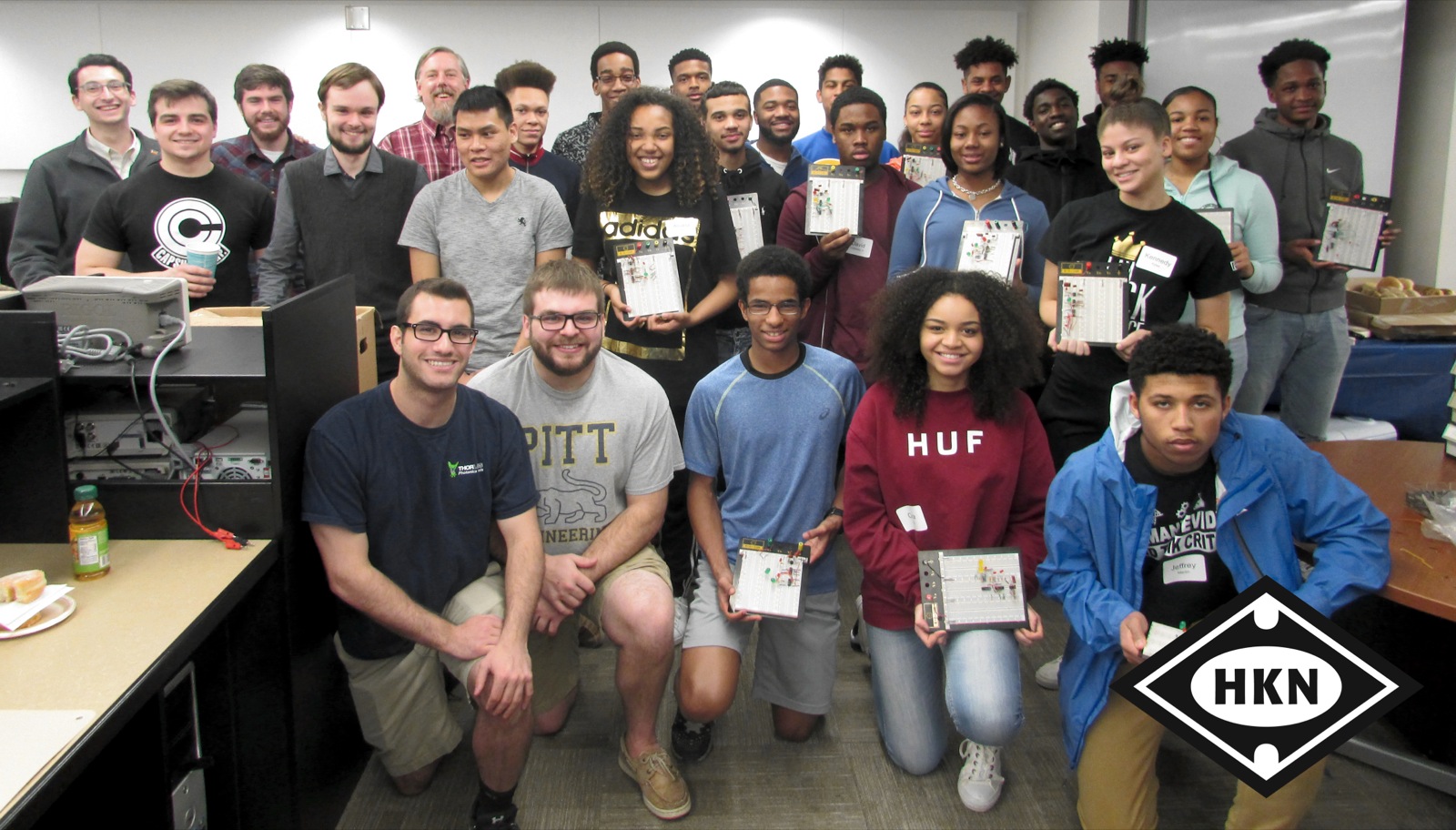 The 19 high school students, representing 12 schools in the Greater Pittsburgh Area, built miniature traffic lights using integrated circuits on breadboards, which are special boards designed for making experimental models of electrical circuits. The students spent the afternoon under the supervision of Beta Delta chapter members learning the basics of using oscilloscopes and wiring resistors and capacitors.

Several members of the Beta Delta chapter also served as judges for the Covestro Science Fair on March 31 at Heinz Field. The competition was open to students in grades 6-12 from 21 counties in Western Pennsylvania and Garrett County in Maryland.

The University of Pittsburgh Beta Delta chapter, which celebrates its 80th anniversary this year, began with a petition from the family of founding member William Erickson in 1937. Eta Kappa Nu is the international electrical and computer engineering honor society of the Institute of Electrical and Electronics Engineers (IEEE). The society has about 200 chapters and thousands of members worldwide.

Students interested in volunteering with the University of Pittsburgh chapter of IEEE-Eta Kappa Nu for this and/or other mentoring events, please email pitt.ieee.hkn@gmail.com.

Second Photo: High School students from Pitt’s INVESTING NOW program show off the integrated circuits they built under the supervision of students from the Beta Delta chapter.