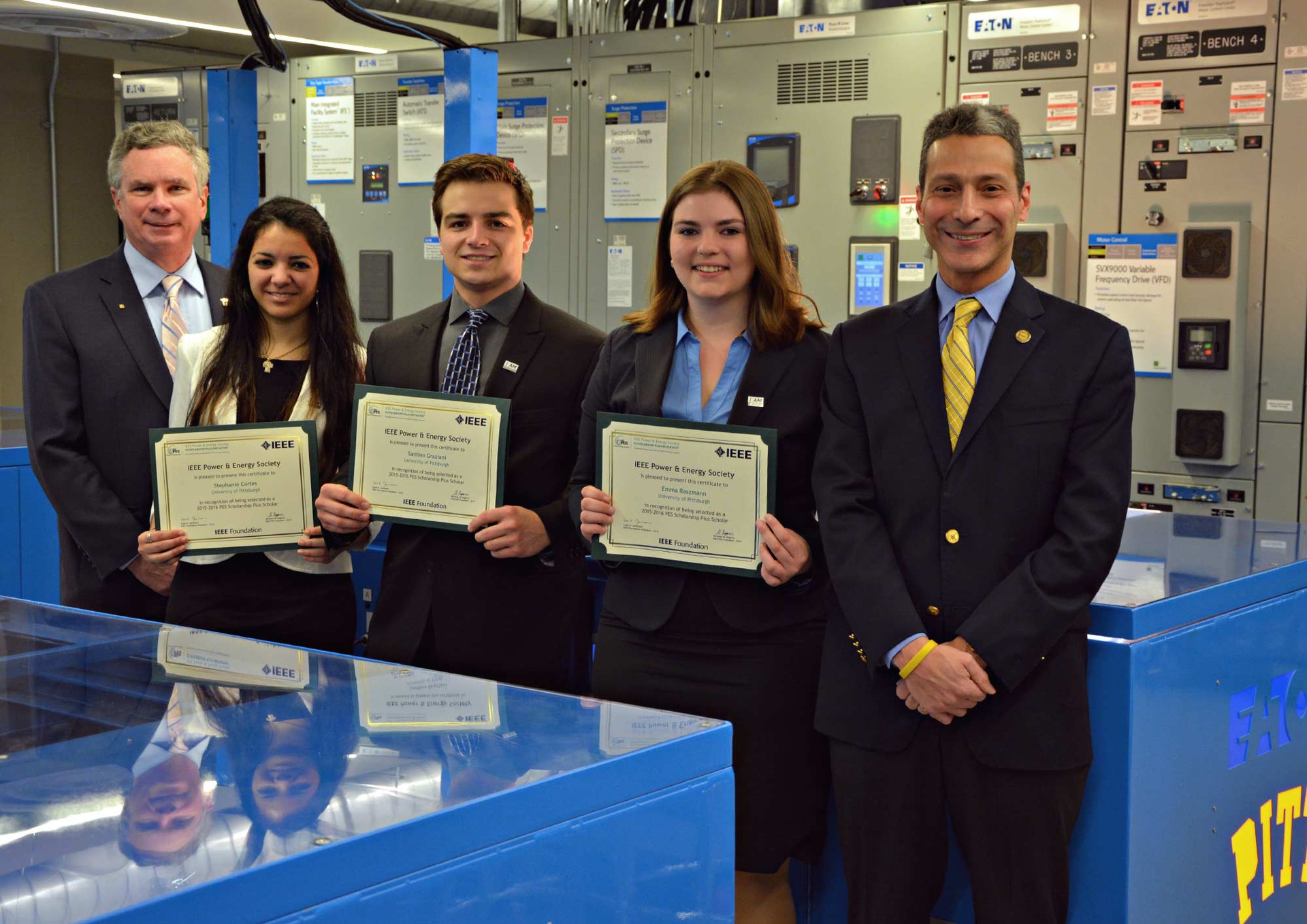 Emma Raszmann, Stephanie Cortes and Santino Fiorello Graziani will each receive $2,000 toward tuition costs. All three students plan to pursue graduate education in power engineering and are scheduled to receive their undergraduate degrees in 2016.

Pitt student applicants have had a 100 percent success rate with the PES Scholarship award. The selection committee has recognized nine Pitt students as PES scholars over the past five years, and some students have received the award for multiple years.

“Based on our deep involvement in this program over the years, it is important to us that Swanson School of Engineering students are among the scholarship awardees,” said Gregory Reed, professor of electrical and computer engineering and director of the Pitt’s Center for Energy and the Electric Power Systems Lab.  “These three students carry on a very successful tradition for us in that sense, as we have now had either new or returning awardees from Pitt every year since the inception of the PES Scholarship Plus program.”

Reed was a part of the IEEE PES national committee that started the program in 2011. He continues to encourage Pitt students to submit applications and guides them through the process. He is not involved with the selection of award recipients, but he helped develop the criteria for evaluating applicants.

The PES selection committee makes its decision based on academic performance; extra-curricular activities such as co-ops, memberships in professional societies and undergraduate research; demonstration of leadership and service; and an essay explaining the student’s reasons for pursuing education in electric power engineering. The committee also looks at population metrics and university density within IEEE regions to determine the amount of awards distributed each year.