International consortium led by Pitt engineer receives $200,000 grant to explore use of bamboo as an urban construction material 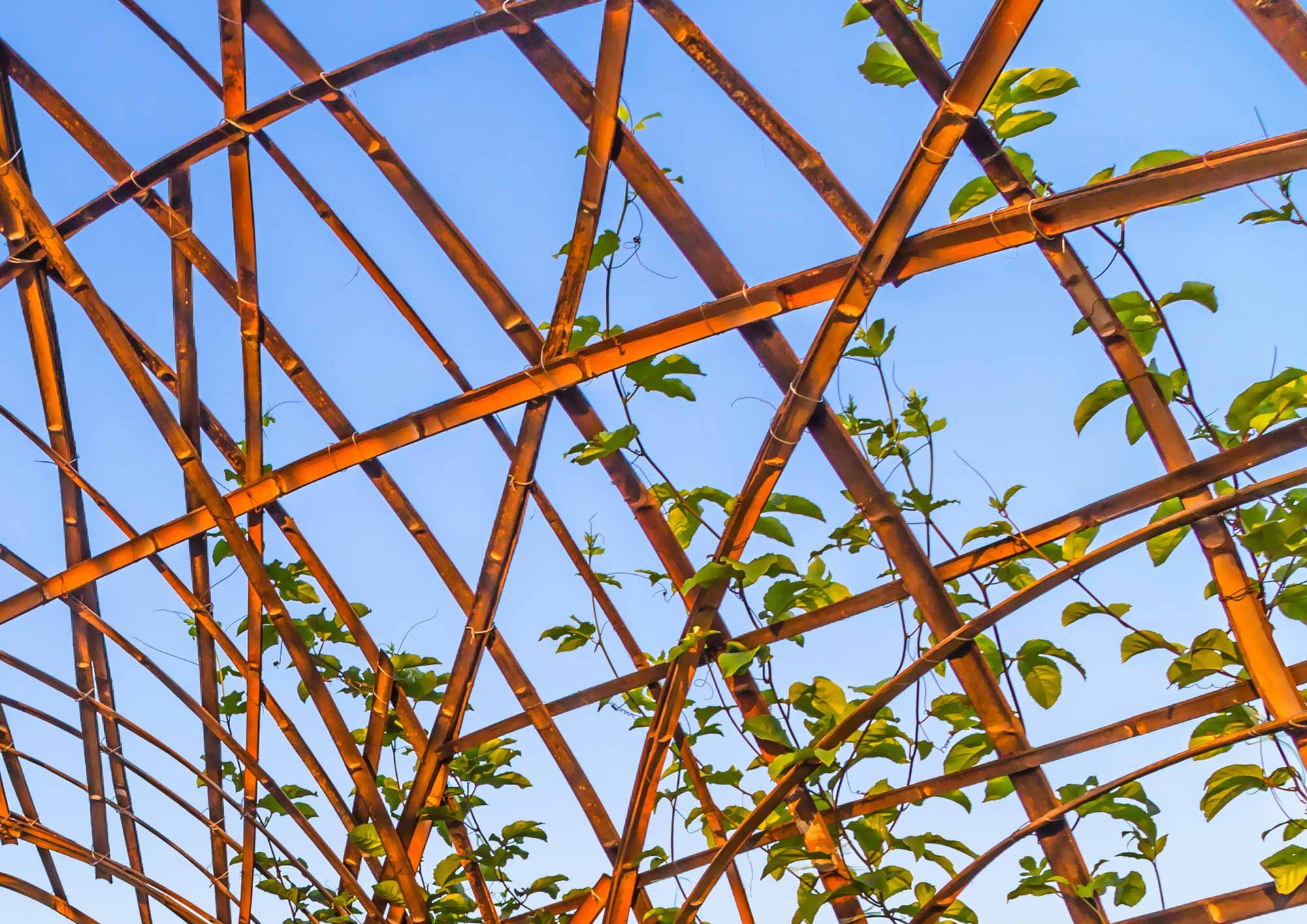 PITTSBURGH (June 8, 2015) … A University of Pittsburgh-led consortium is one of 14 new multilateral university partnerships created by the Global Innovation Initiative , a program funded by the U.S. and UK governments to foster multilateral research collaboration with higher education institutions in Brazil, China, India and Indonesia. The consortium's winning proposal, "Bamboo in the Urban Environment," brings together leading experts in bamboo and sustainable design to engage in extensive, cutting-edge analysis and testing of bamboo as a safe construction resource in urban areas.

With partners at Coventry University (UK), the Pitt-led team includes collaborators at Bogor Agricultural University (Indonesia); the Indian Institute of Technology Delhi (India); an intergovernmental partner, the International Network for Bamboo and Rattan (China); and industry partners in the US and UK. The two-year, $200,000 award will support multiple international student and faculty exchanges and three international workshop/symposia including a flagship symposium to be held at Pitt in May 2016.

"This collaborative research has both significant technical and social relevance through the potential to reduce the cost and environmental impact of safe housing for a significant proportion of the world's population," noted Kent Harries , Associate Professor of Civil and Environmental Engineering at the University of Pittsburgh's Swanson School of Engineering and the consortium's principal investigator. "With continued population growth, especially in developing and lagging countries, the need for a sustainable yet safe and strong construction material is an incredibly pressing need. This work addresses the global grand challenges of urbanization and resilience in the face of natural hazards and climate change through the use of bamboo, one of nature's most renewable 'green' materials."

The program also allows for undergraduate and graduate students at each institution to participate in the research.

According to Dr. Harries, there is an increasing socio-technical-economic gap developing between scientifically "advanced" countries (e.g. US and UK) and those that are "proficient" (e.g. Brazil, Russia, India, China and South Africa), "developing" (e.g. Indonesia) and "lagging" (e.g. Nepal). For those proficient, developing or lagging countries, a lack of stable infrastructure is cited as a primary barrier to the adoption of technology, while the increased emphasis by advanced countries on 'sustainable practices' is viewed as largely unattainable. "Compounding this, migration of the rural poor into urban centers places even greater pressure on informal urban settlements around the world," he explained. "It's estimated that more than one third of the world's urban population lives in inadequate housing. Exposure to natural hazards and the effects of global climate change further compound the global grand challenge of providing adequate and safe urban housing. Bamboo, one of the world's oldest construction resources, is now being rediscovered as a viable, sustainable and engineered alternative to present construction practices in many areas of the world."

Dr. Harries' research interests include the use of non-traditional construction materials such as bamboo, which he describes as "the most rapidly renewable structural material in the world." Bamboo can grow up to 30 meters in six months and be mature for structural purposes within three years, achieving mechanical properties that surpass those of oak. When used in its untransformed pole-form, bamboo has a smaller environmental impact than other conventional structural materials, including timber. Bamboo's light weight and relative flexibility make it a particularly attractive alternative for residential construction in seismic regions.

Nonetheless, he said, the majority of knowledge of bamboo construction is based on cultural tradition, with approximately one billion people worldwide living in non-engineered or vernacular bamboo structures. To enable the better use and acceptance of this strong, economical and sustainable material, Harries explained that the award will help to empower engineers, architects and builders with modern and comprehensive design and construction standards.

"While the use of bamboo in structures dates back thousands of years, the science is in its infancy. Only in the last decade have bamboo construction standards emerged in India and Colombia, as well as being promulgated by the International Standards Organization (ISO)," Dr. Harries said. "By establishing a pathway to standardization we aim to enable greater acceptance of bamboo as a construction material."

The Global Innovation Initiative is funded by the UK Department for Business, Innovation and Skills, which also serves as the implementing partner in the UK; and the U.S. Department of State. In the United States, the Institute of International Education is implementing the grant program in partnership with the U.S. Department of State, Bureau of Educational and Cultural Affairs. The Global Innovation Initiative was created to support multilateral research collaboration to address global challenges, in keeping with the vision of UK Prime Minister David Cameron and U.S. President Barack Obama's joint statements on UK and U.S. higher education co-operation in 2011and 2012.

International consortium led by Pitt engineer receives $200,000 grant to explore use of bamboo as an urban construction material