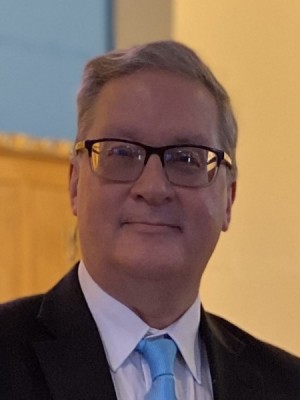 Since 2017, the University of Pittsburgh’s Center for Sustainable Transportation Infrastructure (CSTI) has advanced sustainable transportation through collaborative and multidisciplinary research, educational efforts, and the dissemination of new and innovative technologies. After serving four years as director of CSTI, Mark Magalotti will step down, and Joseph J. Szczur will assume this role, starting August 1, 2021.

Szczur, a Pitt Johnstown alumnus, is well-established in the transportation industry and most recently served as district executive for the Pennsylvania Department of Transportation’s (PennDOT) Engineering District 12 in Southwest Pennsylvania — a region with 787 employees, nearly 3,700 miles of state highways, and 2,350 bridges in four county areas. While serving in this role, he oversaw the administration and delivery of nearly $2.5 billion of capital improvement projects, including the replacement of more than 700 structurally deficient bridges. He also served as chair of the statewide District Executives Council.

“More than 37 years of work in the transportation industry, particularly in various positions with the Department of Transportation, provided a unique perspective on issues that challenge the industry — issues that CSTI and IRISE can address by developing practical and implementable solutions,” said Szczur, who is also a visiting faculty member in the Department of Civil and Environmental Engineering (CEE).

During Magalotti’s tenure, CSTI established partnerships and secured funding from organizations such as PennDOT, the WalkWorks program, the Healthy Ride System Research Project and the National Science Foundation.

As part of its educational mission, the center collaborated with CEE to host an annual Transportation Forum open to students, consultants, government agencies and other professionals involved in the planning, design, research, construction and operation of transportation systems.

“Mark was instrumental in establishing the foundation for CSTI and helping us build a vital center to connect our researchers with industry and government in just four short years,” noted Radisav Vidic, Department Chair of Civil and Environmental Engineering. “Joe brings with him not only the passion of a Pitt alumnus, but nearly four decades of experience from PennDOT. He has contributed to our academic program as instructor and mentor, and is also one of our department’s Distinguished Alumni. I am excited to see how CSTI will continue to grow under his guidance.”

Szczur led District 12’s initiative to receive ISO-9001 certification for project delivery, a first of its kind effort that received widespread recognition by the press and the American Association of State Highway Transportation officials. The initiative was awarded the prestigious Francis B. Francois Award for Innovation at the American Association of State Highway and Transportation Officials (AASHTO) national conference in Milwaukee, Wisconsin in 2007.

Szczur is a 1984 alumnus of the University of Pittsburgh at Johnstown and received the Swanson School of Engineering’s Distinguished Alumni Award in 2014. He is a licensed professional engineer and graduated from the AASHTO’s National Leadership Institute and Advanced Leadership Institute in 2002 and 2003. He is the former president and director of the American Society of Professional Engineers (ASHE) Mid-Allegheny section and the former director/government representative of the ASHE Southwest Penn Section.