Making a Sustainable Mark in Pittsburgh 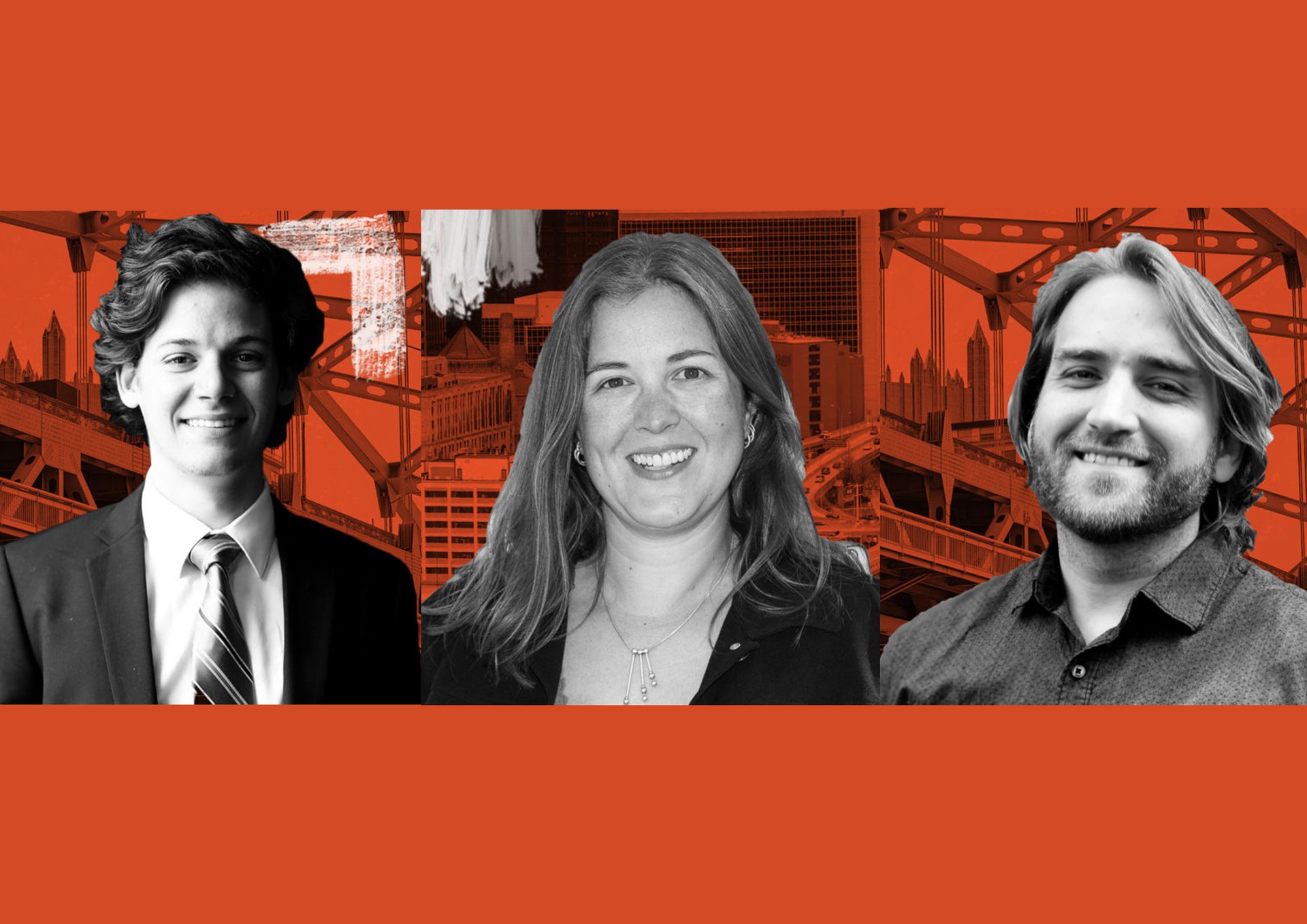 Three from Swanson School of Engineering Selected for the Incline’s Who’s Next: Environment and Energy Class

PITTSBURGH (August 14, 2019) ... From the hazy industrial city it once was to the city it is today, Pittsburgh’s environmental outlook has come a long way, thanks to the dedication and ingenuity of its people. The Incline recognized 13 of the people who are making Pittsburgh a greener city in its inaugural Who’s Next: Environment and Energy class, including three from the Swanson School of Engineering: Kareem Rabbat (CEE ’20), Noah Snyder (PhD BioE ’15) and Aurora Sharrard, director of sustainability at the University of Pittsburgh.

“These three individuals are true innovators, and we are exceptionally proud of their connection to the Swanson School.” says U.S. Steel Dean of Engineering James R. Martin. “Our community has proven a clear dedication to pursuing new ideas and technologies that will make the city and the planet more ecologically sound.”

Kareem Rabbat, Chief Innovation Officer, Ecotone Renewables
Kareem’s company, Ecotone Renewables, earned him a spot in the Who’s Next class. The company converted shipping containers into biodigesters and greenhouses throughout the city. In addition to Ecotone Renewables’ work, his research at Pitt looks at ways to use bacteria and fungi to naturally and sustainably remove contaminants from soil and water.

“I was always fascinated by the natural world growing up and I have decided to dedicate my life to preserving its integrity for generations to come,” Rabbat told The Incline. “… we don’t inherit the earth from our ancestors but we borrow it from our children.”

Noah Snyder, President & CEO, Interphase Materials
Noah founded Interphase Materials in 2015 when he realized the impact that biodegradable materials used for the medical brain implants he was researching could have on industrial and commercial heat exchangers. His company’s shown that commercial applications of the materials reduces energy consumption of large water-cooled HVAC units and heat exchangers, which has a positive impact on the local environment as well as the energy grid.

Aurora Sharrard, Director of Sustainability, University of Pittsburgh
Aurora’s work at Pitt has had a far reaching impact in making the school greener. She enabled Pitt’s first Sustainability Plan and created the Office of Sustainability to make the plan a reality. The plan aims to reduce greenhouse gas emissions, water usage and landfill waste and focus on using renewable energy on campus. She’s also worked with the Green Building Alliance, co-founding Pittsburgh’s 2030 District, which aspires to reduce energy use, water consumption and transportation emissions 50 percent by 2030.

Making a Sustainable Mark in Pittsburgh