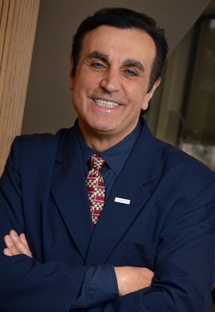 Distinguished Professor Peyman Givi is the 2022 recipient of the American Institute of Aeronautics and Astronautics (AIAA) Sustained Service Award. Each year, this award recognizes an AIAA member who has made sustained, significant service and contributions to the organization.

The award reads “For exemplary contributions to AIAA Publications and student branches, and for mentorship of the next generation of aerospace engineers.”

Givi has been a member of AIAA for 32 years and became a Fellow in 2010. He currently serves on the AIAA Journal Editorial Board and has been invited to write two lead survey articles by them within the past 15 years.

The award will be presented at the AIAA Leadership Summit on June 26, 2022, held in conjunction with the AIAA Aviation Forum in Chicago Illinois.