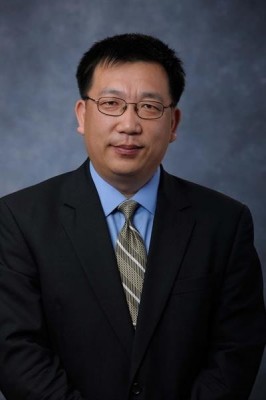 Guofeng Wang, a professor of mechanical and material sciences engineering at the University of Pittsburgh Swanson School of Engineering, ranks among Pitt’s best.

Wang is one of 25 Pitt professors to be included on the 2022 Highly Cited Researchers list by Clarivate, a data analytics firm based in the United Kingdom.

“I am truly honored to be on the list of Highly Cited Researchers,” Wang said.

The list identifies researchers in sciences and social sciences who have produced a significant number of highly cited researcher papers over a 10-year period. Wang joined the Swanson School as an assistant professor in January 2011, when the list started to be compiled.

“This recognizes my research conducted while at Pitt,” Wang said. “Because of that, I have to share my success with all my graduate students, postdoctoral researchers, colleagues and collaborators. I could not have done it without their support over the years.”

A highly cited paper, according to Clarivate, is those that rank in the top one percent by citations for field and publication year. Researchers who publish within the top one percent are considered highly influential, and the production of multiple top papers is interpreted as a mark of excellence.