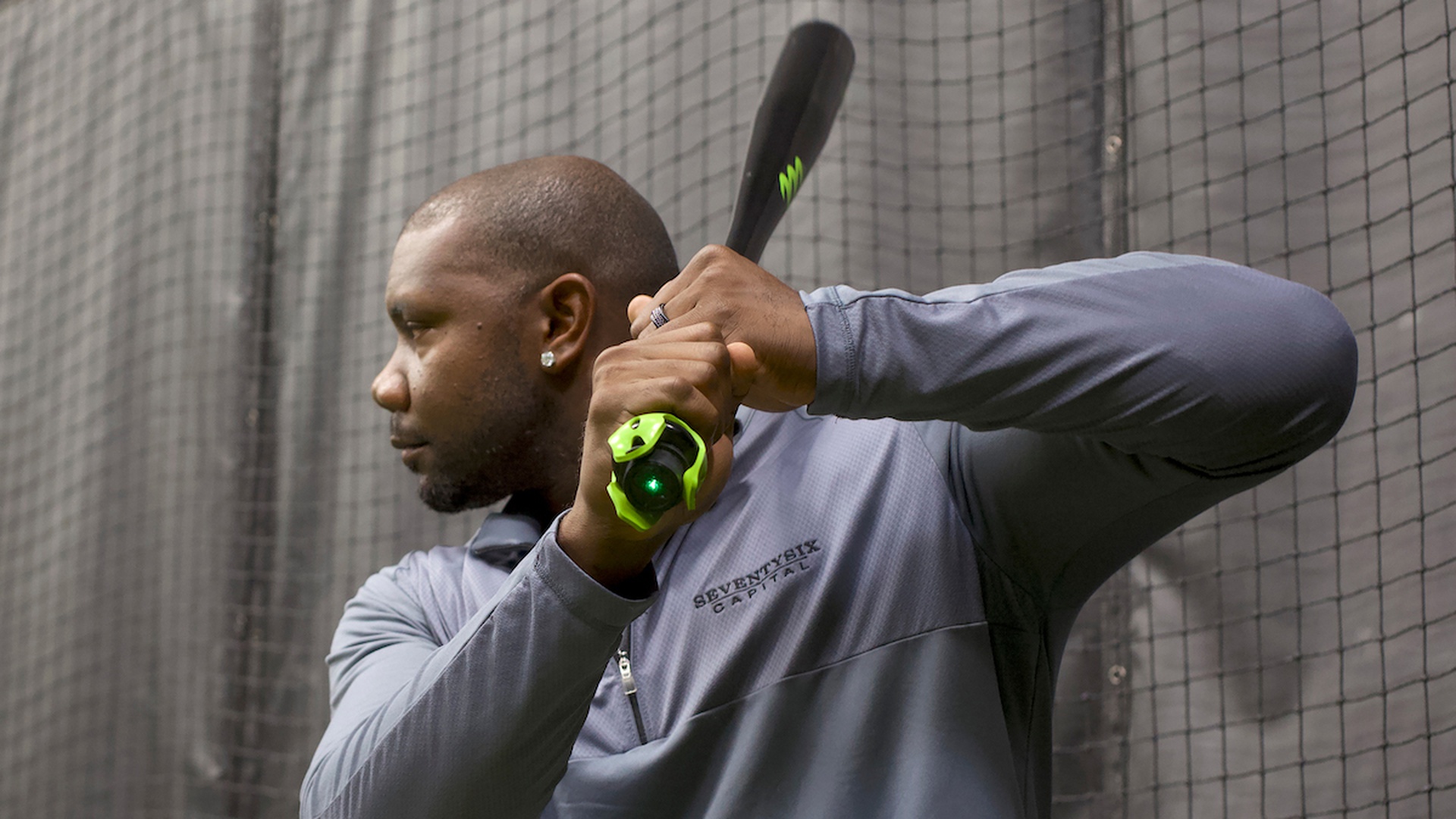 Ryan Howard gets ready to use a Diamond Kinetics SwingTracker sensor. (Courtesy of SeventySix Capital)

Read the full article by Andrew Cohen at SportTechie.

Sports tech investment firm SeventySix Capital announced it has contributed to the latest round of funding for Diamond Kinetics, a company that develops swing analysis products for baseball and softball. Financial terms of the investment were not included in a press release from SeventySix Capital.

Former Philadelphia Phillies All-Star Ryan Howard is a leading partner at SeventySix Capital, which was founded in 1999. With new financial support, Diamond Kinetics plans to continue to develop and refine its bat sensor technology, smart balls, and mobile apps. The company’s SwingTracker training tool includes a bat sensor that measures key swing metrics and can capture real-time analysis of a player’s swing. Though sensors can be attached to handles, through partnerships with more than a dozen bat manufacturers bats can also be purchased with SwingTracker already embedded.

... C.J. Handron and Dr. William Clark founded Diamond Kinetics in 2013. The company is based in Pittsburgh, and previous investors include Bob Nutting, principal owner of the Pittsburgh Pirates, as well as former Pittsburgh Steelers safety Troy Polamalu. Diamond Kinetics has partnered with several youth baseball organizations, including Perfect Game and Ripken Baseball, and also elite collegiate baseball and softball programs from schools such as Vanderbilt University and the University of Georgia.