PITTSBURGH (August 29, 2017) … Two students in the University of Pittsburgh Department of Mechanical Engineering and Materials Science won Best Poster Awards at competitions over the summer. Emily Kistler, a PhD student, won for her research based on a metal degradation process called hot corrosion; and Laura Fulton, an undergraduate student, won for her research into heat transfer in thermoelectric devices. 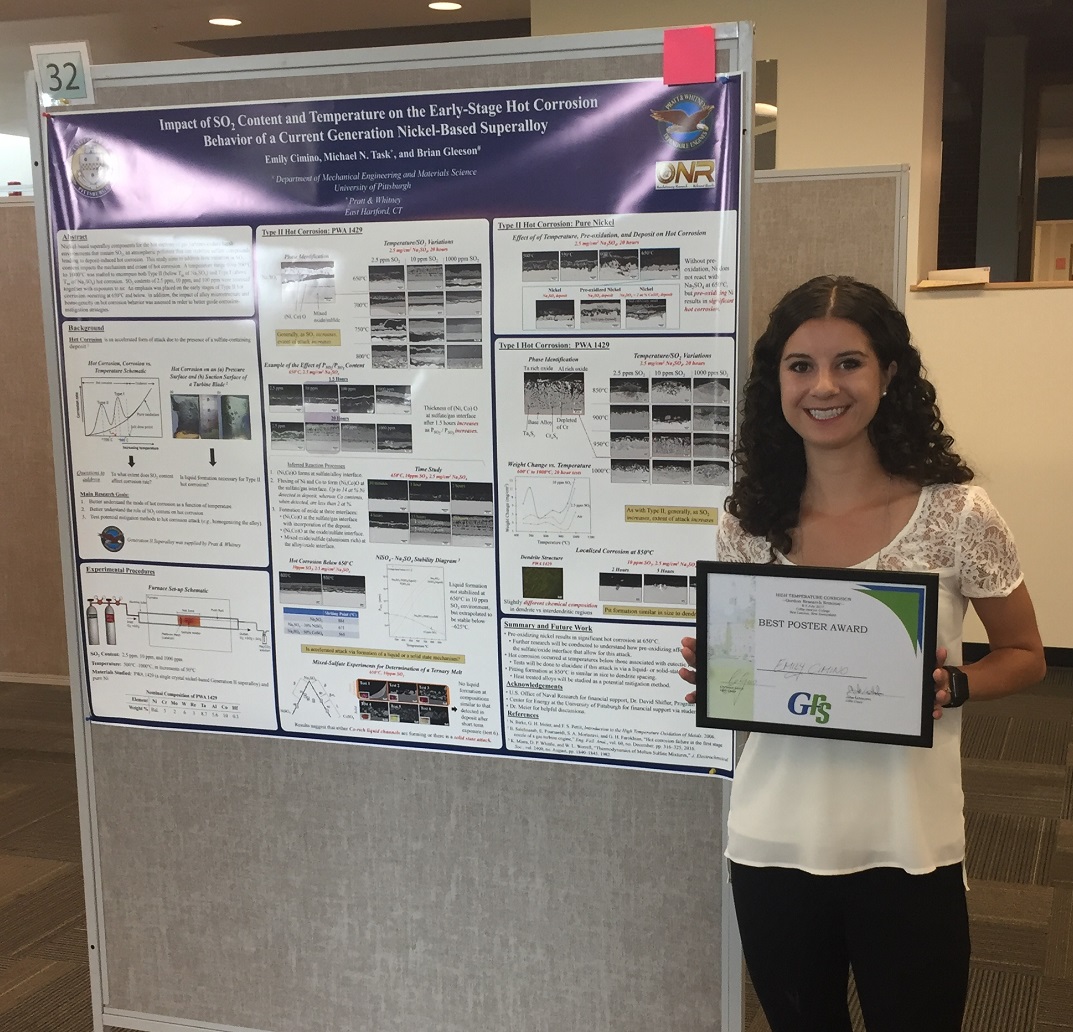 Kistler, a member of MEMS Chair Brian Gleeson’s research group at Pitt, received the Best Poster Award at the Gordon Research Seminar on High Temperature Corrosion in New London, N.H. Her poster was titled “Impact of S02 Content and Temperature on the Early-Stage Hot Corrosion Behavior of a Current Generation Nickel-Based Superalloy.” The research presented in the poster was in collaboration with Pratt & Whitney, a manufacturer of aircraft engines, and supported by the United States Office of Naval Research and a fellowship from Pitt’s Center for Energy. The study addressed how variation in SO2 content in the atmosphere impacts the mechanism and extent of a particularly aggressive form of degradation known as hot corrosion.

“Hot corrosion is an accelerated form of attack due to the presence of a sulfate containing deposit, such as sodium sulfate (Na2SO4),” explained Kistler. “Sodium dioxide, or SO2, is present in fuel as well as a constituent in the atmosphere. SO2 reacts with O2, creating SO3, which stabilizes liquid formation below the melting point of Na2SO4 leading to hot corrosion, and both above and below the melting point of Na2SO4 higher concentration of SO2 leads to a greater extent of attack. In the future, I will study potential mitigation strategies such as homogenizing the alloy, because the current heat treatment of the alloy the composition is not completely uniform (dendritic structure). I will also test how varying the percent of certain elements, such as Cr, may protect again hot corrosion below the melting point of Na2SO4.”

About 60 young researchers from around the world participated in the GRS. Kistler’s poster won first place out of a field of 54 posters. Her research has both scientific and practical relevance to the performance of aero turbines. 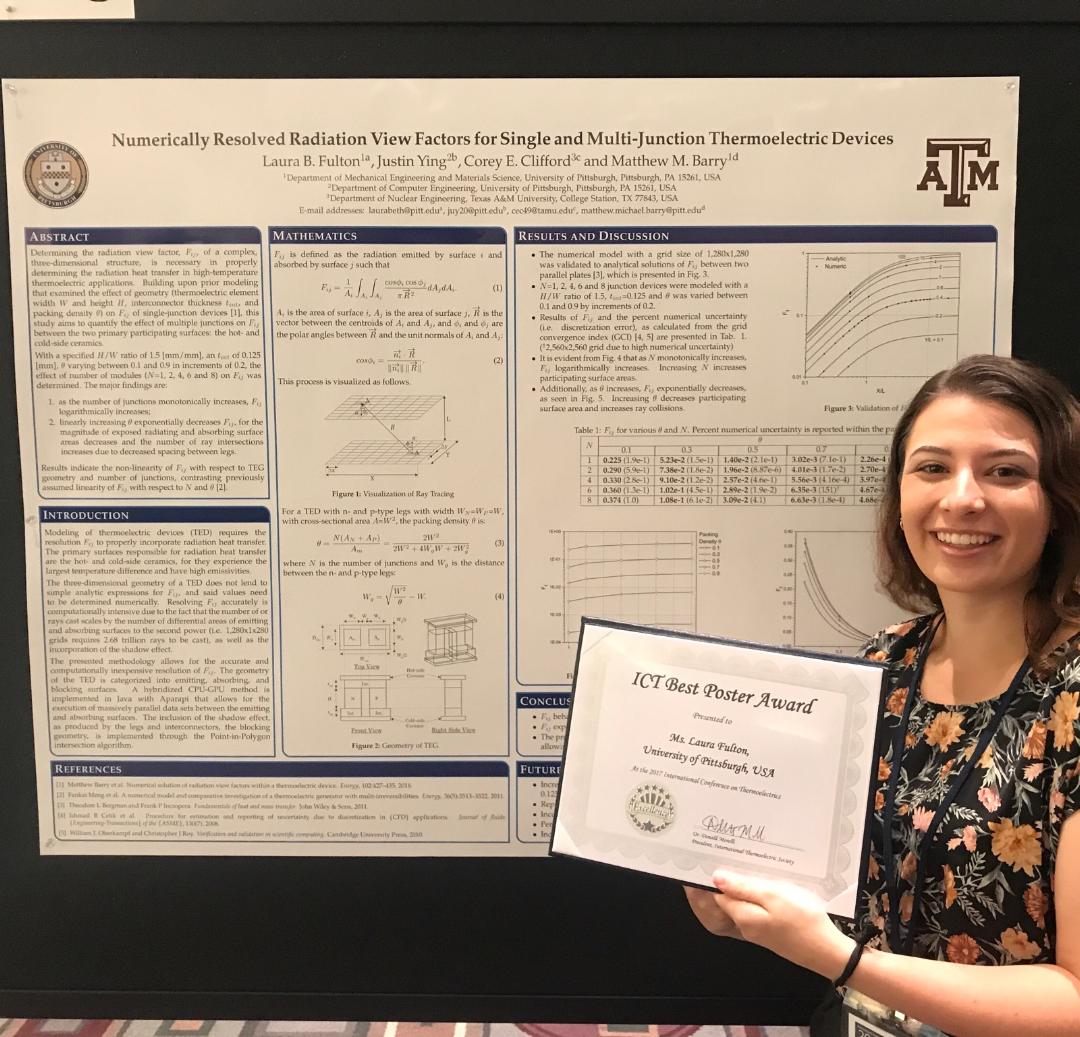 “My project is concerned with thermoelectric devices which take thermal heat and convert it into electrical energy,” said Fulton. “What I looked at was modeling the heat exchange between the surfaces of a device. I examined the surface orientation and geometry since these factors influence heat transfer. View factors are the proportion of radiation which leave one surface and strike another, and I focused on creating coding program that mathematically calculated these factors based on a thermoelectric device’s surface geometry and orientation.”

Fulton’s poster was one of 338 presented. More than 550 researchers and scientists participated in the conference. Her work has impact on the modeling of thermoelectric devices applied to high-temperature waste heat recovery applications, radioisotope generators used within space applications, and many implications with respect to the nuclear industry.