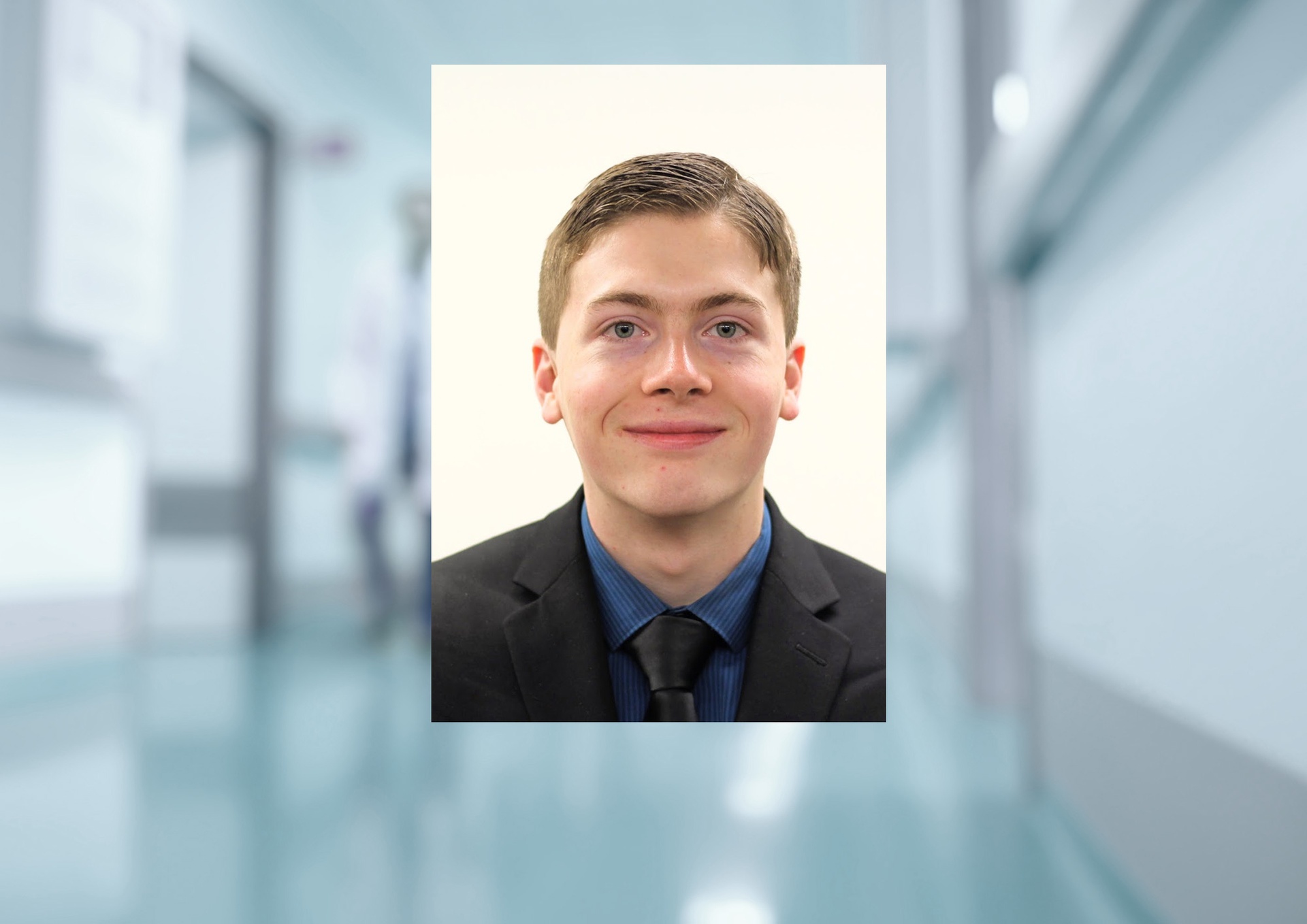 Trevor Kickliter, a junior mechanical engineering student in the Swanson School of Engineering.

PITTSBURGH (March 27, 2019) … Trevor Kickliter, a junior mechanical engineering student in the Swanson School of Engineering, was selected as one of six undergraduate researchers to represent the University of Pittsburgh at the 2019 ACC Meeting of the Minds Conference hosted by the University of Louisville, March 29-31, 2019. Kickliter will present his research on the use of adipose-derived mesenchymal stem cells (ADMSCs) as a promising alternative to traditional surgical therapy for an abdominal aortic aneurysm (AAA).

With a mortality rate of 90 percent and no sufficient strategy for early intervention, rupture of an abdominal aortic aneurysm is one of the leading causes of death in the United States. The aorta is the largest blood vessel in the body, which runs from the heart, through the chest, and down to the abdomen. Due to its size, an AAA can lead to massive internal bleeding, which is typically fatal.

According to Kickliter, due to inadequate diagnostic markers, surgical intervention for this disease often fails to treat those in need of care while subjecting others to unnecessary risks. His work in the lab of David Vorp, PhD, Associate Dean for Research and the John A. Swanson Professor of Bioengineering, addresses these shortcomings through the use of stem cell therapy.

“Our lab has previously investigated the use of adipose-derived mesenchymal stem cells in therapies for abdominal aortic aneurysm, but a method to effectively target ADMSCs to the aorta has yet to be developed or tested in large animals,” said Kickliter. “Since the use of ADMSCs as a therapeutic treatment seems promising, the primary goal of this study was to design and create a method for localizing ADMSCs in large animal aortas.”

The group implanted a diametric magnet into a harvested aorta loaded with ADMSCs that were treated with iron nanoparticles. The internal magnet was then able to draw the ADMSCs to the aortic adventitia - the outermost layer of connective tissue in the aorta.

“We looked at a cross-section of the treated aorta under fluorescent microscopy, and we found a significantly greater concentration of ADMSCs both on and around the aortic adventitia in the group where an internal magnet was used,” said Kickliter. “These results suggest that our method can be used to localize stem cell-based vascular therapies in other large animals, including humans.”

Each participating institution in the ACC Meeting of the Minds conference is allowed to select a total of six students to give three oral presentations and three poster presentations. Kickliter will present his research during the poster session.

“This is another outstanding recognition for Trevor, who continues to impress me with the quality of his research,” said Dr. Vorp. “This work introduces a novel way to localize delivery of stem cell therapy in large animals, and we hope that it will lead to improved treatment for abdominal aortic aneurysms.”