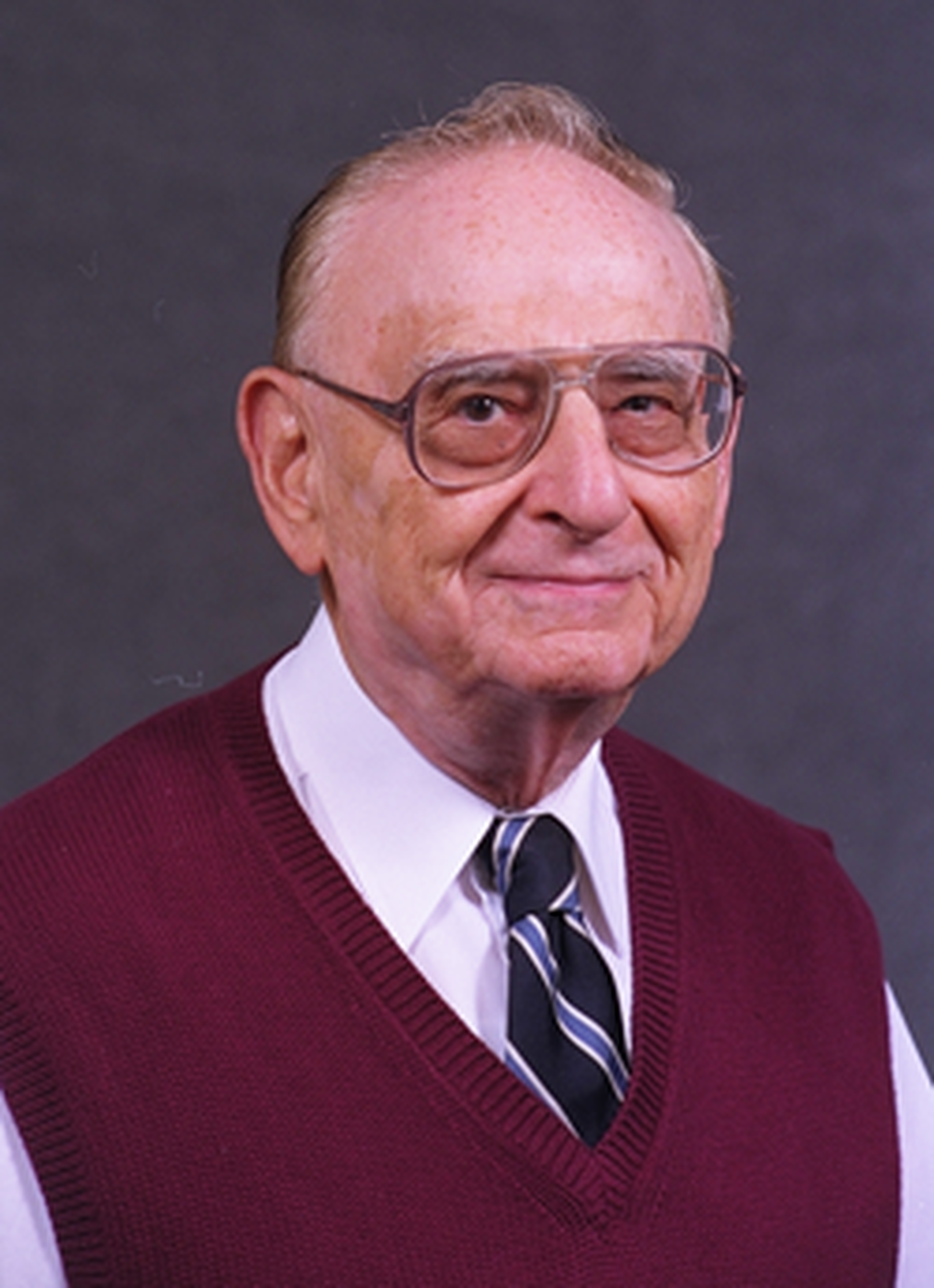 Posted with permission of NETL .

In a rich, productive life of research, teaching, and discovery, Dr. Irving Wender has been on a remarkable 100-year journey that took him from humble beginnings in the Bronx, NY, to atomic bomb research in secret labs of Chicago; energy research  laboratories and university classrooms of  Pittsburgh; and the halls of government in Washington, D.C.-all in humble pursuit of scientific advancements that continue to set high standards of excellence for the generations of scientists who follow in his footsteps. 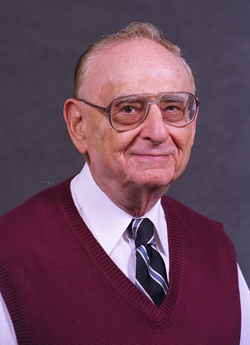 Directing the fossil energy research work of the Pittsburgh-based Bureau of Mines, the predecessor to NETL, was just one of Wender's numerous assignments in a distinguished career. As he marks his 100th birthday on June 19, 2015, NETL proudly joins in the celebration and honors his many energy research contributions.

Wender was born on June 19, 1915, five years after the Bureau of Mines in Pittsburgh ignited a controlled explosion at its Pittsburgh Experiment Station's experimental coal mine and ushered in an new era of mine safety research that steadily evolved into fossil energy innovations. Less than two decades later, Wender embarked on a career that would eventually include a leadership role at that very same facility.

After obtaining his B.S. in chemistry from The City College of New York and an M.S. from Columbia University, Wender was drafted into the U.S. Army and found himself working on the Manhattan Project, finding ways to make radioactive iodine and ruthenium volatile and, thus, gaseous so its effects could be studied from 1944 to 1946.

After his discharge, Wender learned that the U.S. Bureau of Mines' Pittsburgh Experiment Station in Bruceton, PA-an NETL predecessor organization-was looking for researchers to work on an energy project. He wrote to Dr. Henry Storch, who headed the Station. Storch offered Wender a position researching the causes and acceleration of chemical changes that occur with the addition of catalysts-homogenous catalysis-and other organic chemistry topics. Two years after Wender reported for duty in Pittsburgh in 1946, the Synthetic Liquid Fuels Act of 1944 led to the Pittsburgh Experiment Station becoming the Bruceton Energy Research Center (BERC).

Nearly 300 scientists worked at BERC's new laboratories and pilot plants, focusing on coal-hydrogenation and Fischer-Tropsch processes to help cut energy costs and eliminate the need for expensive, custom-built equipment. Wender worked on reactions that would provide insight into Fischer-Tropsch synthesis, a process first developed by German scientists to convert carbon monoxide and hydrogen into liquid hydrocarbons like low-sulfur diesel fuel. The United States was attempting to duplicate the process.

While working at BERC, Wender made several important marks on NETL's history. His work with organometallic intermediates-the study of chemical compounds containing at least one bond between a carbon atom of an organic compound and a metal-led researchers to discover a reaction that helped further develop Fischer-Tropsch synthesis.

A Wender-led team's organometallic breakthroughs on hydrocarbons in the laboratory attracted the praise of Linus Pauling, who founded the fields of quantum chemistry and molecular biology research. He wrote to Wender's team to congratulate them on their discoveries.

While working at BERC, Wender earned a Ph.D. in chemistry from the University of Pittsburgh, and in 1953, he was selected by Storch to head the organic chemistry section of the lab, working with synthesis gas and dehydrogenating coal using a palladium catalyst to make hydrogen for energy use.

Wender became the first winner of the Henry H. Storch Award in 1964 for his contributions to research on the chemistry and utilization of coal. A noted leader in the conversion of coal to liquids, his unique coal chemistry research showed, among other things, that coal could be hydrogenated using metal-amine systems to produce large amounts of hydrogen gas.

Wender took the helm as director of BERC-a position he initially rejected because of his passionate dedication to research. However, he overcame that reluctance and ushered in a prolific period in the facility's research history from 1972 through 1979-a time when money was being poured into energy research because of the energy crisis.

Applied research projects for near-term results to help the nation become more energy-independent in environmentally friendly ways became the focus of BERC under Wender-priorities that remain at the forefront of NETL work in the 21st Century. Scientists strived to help energy developers use existing domestic wells more efficiently and exploit undeveloped and unconventional resources.

Under Wender's leadership, the Center flourished by cultivating contracts with academic, industrial, and government partners, as it conducted its own effective research. Researchers at BERC and its sister sites in Morgantown, WV, and Laramie, WY, gave developers access to more domestic oil. Because two-thirds of the petroleum in existing wells remained underground and difficult to recover, scientists at BERC developed fracturing and fluid injection to ease the flow of oil and recover more of it from tar sands.

Natural gas shortages during the cold winter of 1976-1977 prompted Wender's researchers to investigate ways to tap unconventional natural-gas reservoirs that could yield natural gas in large quantities. Researchers began mapping gas-bearing rock formations-like shales and tight sandstones-to help identify physical and chemical characteristics, the amount of natural gas they contained, underground fracture patterns, and other characteristics that could aid in development.
As BERC evolved into the Pittsburgh Energy Technology Center (PETC), Wender recognized that reducing coal's contributions to air pollution to comply with new national standards was paramount so the nation could make use of its substantial domestic coalbeds. Under his leadership, researchers focused on fluidized bed combustion, coal gasification, integrated gasification combined cycle technology, substitute natural gas and synthetic liquid fuels made from coal, and other technologies designed to make an energy impact.

Wender's expertise was in demand in the federal government, and he eventually left PETC to tackle a series of critical assignments in Washington as special advisor to the program director of the Department of Energy's Office of Fossil Energy, special assistant to the Secretary of Fossil Energy, and Director of the Office of Advanced Research and Technology Development.

Wender's next challenge was in the classroom. He put his years of experience to work educating the next generation of chemists and energy researchers at the University of Pittsburgh. As a research professor with the University's Chemical and Petroleum Engineering Department and as an adjunct professor in the Department of Chemistry, he challenged students to use chemical reactions to solve problems in a range of disciplines from 1981 to 1990.

Wender made outstanding contributions throughout his career, as an innovative researcher, energy leader, and dedicated educator. His work resulted in more than 200 papers, 5 edited books, and 11 patents. His work attracted a wide range of recognition. In addition to the Storch Award, he received accolades from the Secretary of Energy including one "in recognition of advancing fossil energy technology through highly innovative research on catalytic conversion of syngas to fuels and chemicals, coal liquefaction, and decisive guidance and inspirational leadership in shaping research programs in government, academia, and industry." The University of Pittsburgh's Department of Chemistry named him a Distinguished Alumni in 2002 for his impressive career and contributions.

NETL is honored to not only help Dr. Wender celebrate a milestone birthday but to also commemorate an outstanding energy research career that continues to influence a new generation of scientists and engineers. Happy birthday Dr. Wender!