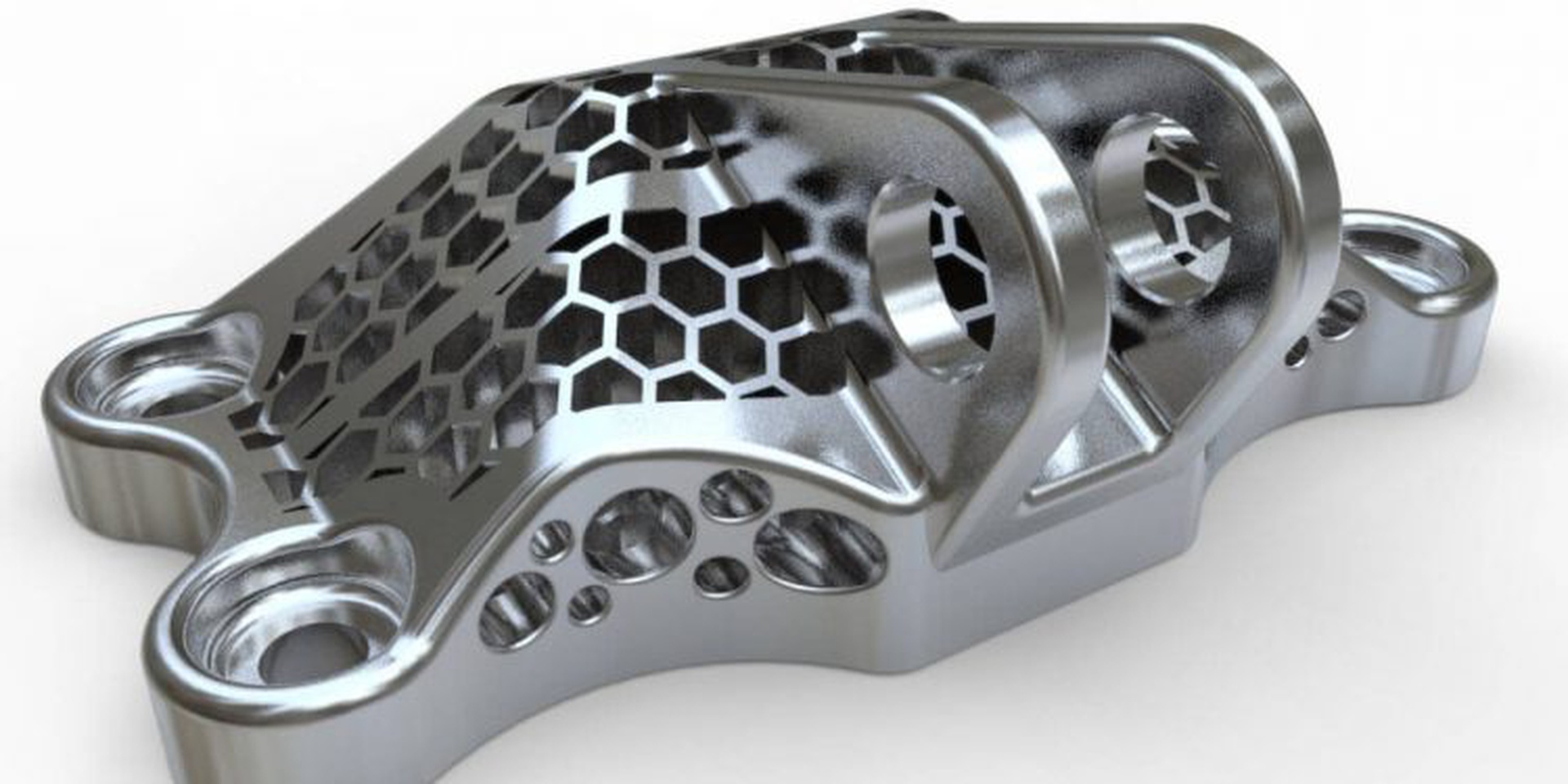 A 3D-printed metal part that would be difficult to manufacture any other way. (Iddes Yachts)

This article originally appeared at the Canadian Institute for Neutron Scattering.

Although 3D printing might be widely known for its ability to make bobble heads and plastic trinkets, it’s also a practical way to produce unique or specialized parts for important applications. For instance, 3D printers allow airplane and car parts to be made without having to tool up an entire factory, thereby bringing down the cost of producing small batches or even a single part.

This new technology, also known as ‘additive manufacturing,’ now represents a major commercial industry. Already generating over $6 billion in annual revenue, the 3D printing industry is currently enjoying double-digit growth that is expected to continue well into the future as the technology matures.

The potential applications for this technology reach a wide variety of industries, including some that aren’t necessarily considered part of the traditional manufacturing sector. For example, in the healthcare sector, some patients have already benefited from early examples of 3D printing of biomedical implants and specialized surgical devices, which have complex or customized shapes and specs that may be difficult to produce using traditional manufacturing methods.

“In principle, 3D printing can produce a material in any shape, but sometimes it fails due to stress in the material while the part is being printed,” says Ravi Shankar, professor of industrial engineering at the University of Pittsburgh in Pennsylvania.

“This stress can lead to distortions in the shape, either as the part is being built, or when it is extracted it from the printer. If the distortions are larger than the limits of the specification, then it’s a failure, its ‘off-spec’,” he explains.

To overcome this problem, Shankar has been leading a team including researchers from the University of Notre Dame and Ohio State University. This collaboration, supported by $1.7 million in funding from the America Makes Program of the National Center for Defense Manufacturing and Machining, has also benefited from the involvement of ITAMCO, a 3D printing software company whose input helped the researchers to determine what tests would produce the most useful results for the industry.

“We needed to understand the relationships between geometry [i.e., the shape and orientation of the part being printed], stress, and the resulting distortions—critical knowledge for 3D printing algorithms that will avoid the distortions, or minimize their impact,” Shankar says. Another factor they needed to consider was the role of the support structure. Support structures are selected to ensure that during printing, the part doesn’t move, and this selection can also impact the distortions.

These data provided the information needed to relate the support structures and the orientation of the part to the stresses and resulting distortions present in the 3D-printed part. The researchers published some of their results in a 2017 paper (doi:10.1016/j.msea.2017.09.108) and have more publications in progress.

Meanwhile, ITAMCO has already begun applying the team’s results to improve its commercial services. For instance, it offers a software platform accessible through a website (https://atlas3d.xyz/) that will convert a part’s design into an algorithm that can be used by the customer’s own 3D printer. Informed by the research, this software now takes into account various factors such as support structures and printing materials to predict what the stresses and resulting distortions may be if printed in each of over 100 orientations. The software then selects an orientation that will minimize the distortion.

“The stress data and other results of Professor Shankar’s research provided valuable experimental checks to boost the accuracy of our software’s ability to find the best orientation to produce the part,” says Joel Neidig, Chief Technology Officer at ITAMCO.

Undoubtedly, better predictive capabilities like these will help 3D printing to revolutionize production, whether by enabling previously unattainable efficiencies in the traditional manufacturing sector or by supporting the creation of biomedical devices that would be impractical to produce any other way.