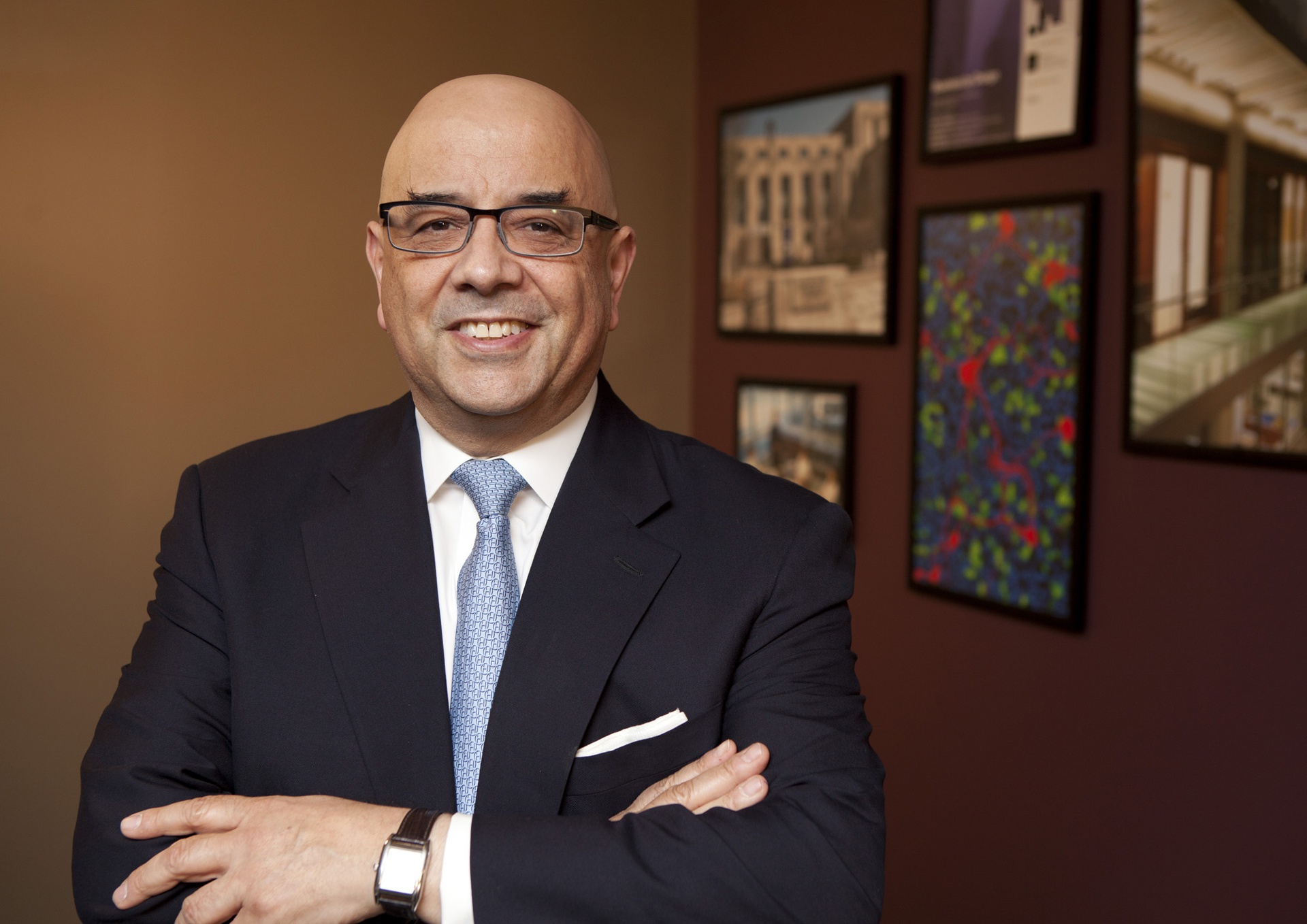 PITTSBURGH (March 27, 2019) — In honor of his influential work in diverse fields from fluid dynamics to geophysical sciences, Northwestern University’s Julio M. Ottino, PhD has been chosen as this year’s Covestro Distinguished Lecturer by the Department of Chemical and Petroleum Engineering at the University of Pittsburgh’s Swanson School of Engineering.

Dr. Ottino is currently the dean of the Robert R. McCormick School of Engineering and Applied Science at Northwestern University and Applied Science at Northwestern University. He also holds the titles of Distinguished Robert R. McCormick Institute Professor and Walter P. Murphy Professor of Chemical and Biological Engineering. His research has been featured on the covers of Nature, Science, Scientific American, the Proceedings of the National Academy of Sciences of the USA, and other publications.

“The effects of Dr. Ottino’s work have rippled through so many fields, including fluid dynamics, granular dynamics, microfluidics, geophysical sciences, and nonlinear dynamics and chaos,” says Steven R. Little, PhD, the William Kepler Whiteford Professor and Chair of Chemical and Petroleum Engineering at the Swanson School.  “Our department is honored to welcome such a widely influential scientist to our campus.”

“Covestro is proud to sponsor the Distinguished Lecture Series through our continued partnership with the Swanson School of Engineering, and we join the university in extending a warm welcome to this year’s deserving honoree,” said Don S. Wardius, Senior Manager of University Relations, Covestro LLC. “Dr. Ottino’s impressive career reflects a passion for innovation, entrepreneurship and sustainability – all of which align with Covestro’s vision to make the world a brighter place.”

Dr. Ottino received his PhD in chemical engineering at the University of Minnesota and held positions at UMass/Amherst and chaired and held senior appointments at Caltech and Stanford. He has been recognized by AlChE with the Alpha Chi Sigma Award, the William H. Walker Award, the Institute Lecture, and was named one of the “100 Chemical Engineers of the Modern Area.” He was awarded the Fluid Dynamics Prize from the American Physical Society. In 2017, Ottino was awarded the Bernard M. Gordon Prize for Innovation in Engineering and Technology Education from the National Academy of Engineering, the nation’s highest award for engineering education, for the development of Whole-Brain Engineering at Northwestern. He is a member of both the National Academy of Engineering and the American Academy of Arts and Sciences.

Lecture 1: When Art, Technology, and Science Were One: Why They Split, and Why They May Join Again
Thursday, April 4, at 5 p.m. – Benedum 102 (Reception follows)

There was a time before science and technology were known by those names. Art, technology, and science formed a continuum, and the modes of thinking enriched each other. The 16th century has many examples of cooperative enterprises between scientists and artists; Galileo Galilei may be the clearest case of Italian Renaissance art affecting the course of science. Galileo is also associated with birth of the scientific method, and the scientific method changed everything: science broke company with art, and mixing imagery with analytical thinking became suspect (at least by some). This view is far too narrow—visual imagination is a central element of scientific imagination. This talk with cover the links between art, technology, and science through time, starting when people had a foot in two camps and when new technologies appeared and the scientific basics of those technologies were still evolving, until reaching examples of the present time. It closes with lessons that can be transferred across domains.

Lecture 2: The Evolution of Mixing: From Stretching and Folding to Cutting and Shuffling: Parallels, Divergences, and Lessons
Friday, April 5, at 9:30 p.m. – Benedum 102

The birth of mixing of fluids and some of the first incursions into granular matter and segregation offer valuable insights and lessons. These two topics developed in wildly different ways and serve as examples of the power of couching ideas in mathematical formalisms, but also of the challenges that ensue when a general formalism is elusive. We present an array of results, spanning fluid mixing at one extreme and granular matter and segregation at the other. Examples cover vibration, surface flow, segregation, and pattern formation, and serve to illustrate how fundamental work can affect fields as far apart as multiple branches of engineering and geophysical sciences.

Covestro LLC is one of the leading producers of high-performance polymers in North America and is part of the global Covestro business, which is among the world’s largest polymer companies with 2018 sales of EUR 14.6 billion. Business activities are focused on the manufacture of high-tech polymer materials and the development of innovative solutions for products used in many areas of daily life. The main segments served are the automotive, construction, wood processing and furniture, electrical and electronics, and healthcare industries. Other sectors include sports and leisure, cosmetics and the chemical industry itself. Covestro has 30 production sites worldwide and employed approximately 16,800 people at the end of 2018.

About the Department of Chemical and Petroleum Engineering

The Department of Chemical and Petroleum Engineering serves undergraduate and graduate engineering students, the University and industry, through education, research, and participation in professional organizations and regional/national initiatives. Active areas of research in the Department include Biological and Biomedical Systems; Energy and Sustainability; and Materials Modeling and Design. The faculty has a record of success in obtaining research funding such that the Department’s  research expenditures exceeded $9 million in 2018.