While our full-time faculty are often the most known faces of the MEMS Department, our adjunct professors often play an integral part in meeting the teaching needs of our classes. MEMS currently has 41 adjunct faculty rostered, most of whom teach one evening class every semester or every other semester. In this article you will get to know four of our all-star adjuncts who teach within the framework of the Stephen R. Tritch Nuclear Engineering Program that is run by the MEMS Department. 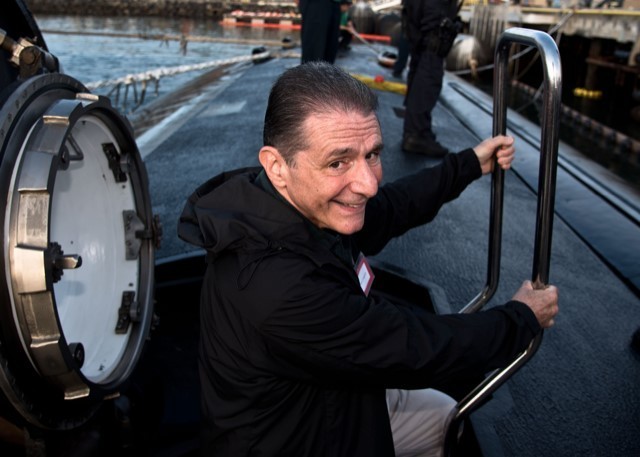 First up is Dr. Tom Congedo, who also serves as Associate Director of the Nuclear Program. Tom joined MEMS in October of 2014, after a 35-year industry career at Babcock & Wicox and Westinghouse. At Westinghouse, he was the director of technology innovation, and also led the company’s central research team. Tom received his PhD in Nuclear Physics from the University of Pittsburgh in 1980.

As Associate Director of the Nuclear Program, Tom is the administrative and curriculum face of the program. He is also the instructor for two courses. One is the undergraduate course, “Introduction to Nuclear Engineering”, which averages around 75 students/semester. The second is a graduate course called “Nuclear Operations and Safety”. This course connects all the physics of the plant systems to safety requirements and implications. Tom says the course aids in helping students understand nuclear engineering from a defense-in-depth perspective. It calls for specific care to be given to ensure any new or routine process is conceived, developed, and delivered within a framework of “what could go wrong?”, and adds protections at multiple levels.

Tom says his favorite parts of teaching are the subject matter and the students.  Whether he is teaching a 19-year-old undergraduate or a 40-year-old student, Tom considers all of his students to be his kids. He speaks highly of the passion, work-ethic, and fascination of the Pitt students he has taught. He enjoys providing the administrative support to guide students through the Nuclear Program and he is always happy to see so many students choose to work in the industry.

When asked what he hopes students gain from taking his classes, Tom responded, “You are here to learn the physics of all processes that occur in the nuclear fuel cycle – from mining of uranium, to processing it for enrichment, to fabricating fuel and using it in reactors, and subsequently to its recycling and/or ultimate disposition. No matter what you conclude as a result of this study of the nuclear industry, your decisions will be made based on fact and therefore you cannot be intimidated by extremes in either direction.”  Tom hopes his students will want to contribute to the nourishment and growth of this remarkable technology that will help us clean the environment of atmospheric carbon contamination and provide energy to support the growth of developing nations.

Tom is proud of his ability to facilitate great lectures on topics of importance at this moment in time through his industry connections and role at Pitt. For example, Tom brings his colleague (and Pitt ME alum), Dr. Sola Talabi, to give lectures to his classes. Sola conducts analytic and experimental research on the containment behavior of small modular reactor (SMR) behavior after postulated severe accidents; the high surface-to-volume ratio in these small reactor containments leads to unique natural plateout processes that can help prevent external release.  In fact, in their decision to use risk-based evaluation for licensing and regulation of SMRs, the US Nuclear Regulatory Commission (NRC) referenced Sola’s results. The NRC is worldwide the gold standard of nuclear power management and safety, and this reference speaks highly of Sola and his research.

Speaking of Dr. Talabi, he is our next featured adjunct. Sola is a 2000 graduate from the mechanical engineering program at Pitt. He has worked as an adjunct for Pitt since 2019 and also holds an adjunct appointment at the University of Michigan since 2020. Sola began his career at Westinghouse where his most notable role was a nuclear design engineer and risk manager of new plants and advanced reactor groups. He spent 14 years at Westinghouse and also earned his MBA, master’s and PhD from Carnegie Mellon University during that time. In 2014, Sola left Westinghouse and opened his own nuclear consulting practice, Pittsburgh Technical. Similar to the research he conducts to support US advanced reactor design and development, one of Sola’s clients is the International Atomic Energy Agency (IAEA), where he consults on risk-informed SMR design and development on an international level. 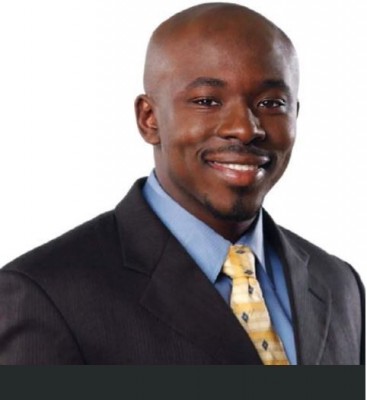 Sola co-teaches the course Nuclear Operations and Safety with Tom Congedo every spring semester, and is an advisor to a MEMS PhD student. Sola is also on the advisory board of Pitt’s Industrial Engineering Safety Program. He says the best part of teaching engineering classes is the engagement from students. He believes nuclear power has the ability to solve two of the world’s biggest problems: energy poverty and global warming. Seeing students interested in nuclear engineering for those reasons is exciting to him and he hopes his students will take away an appreciation for the potential that nuclear power has to solve these issues. He says advanced nuclear power plants can do for energy what cell phones did for communication. Sola also strives for his students learn how to balance the presentation of technical information in a more complete way where they can describe benefits and risks and are able to do a trade-off analysis.

Sola notes, “It feels very rewarding to have been trained at Pitt and to use that training to go out and further develop more knowledge in the nuclear industry, and bring it back in terms of teaching and mentoring.” He is looking forward to continuing his works in the MEMS Department. 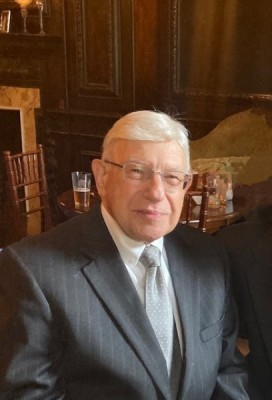 Our third nuclear-related adjunct feature is Dr. Vincent Esposito. Vinny – as he usually goes by – began his adjunct appointment at Pitt when the Nuclear Engineering Program began in 2008. He retired from Westinghouse in 2011 after 43 years of service, where he worked for Steven Tritch, the Nuclear Program’s namesake. He received an Executive MBA from Pitt in 1992. His engineering bachelor’s degree came from the Polytechnic Institute of Brooklyn in Chemical Engineering and he earned his Doctorate in Science in Nuclear Engineering from the University of Virginia in 1968.

Vinny teaches two graduate level classes at Pitt; Heat Transfer and Fluid Flow in Nuclear Plants and Nuclear Fuel Cycle. He says the best part of teaching classes is the moment when occasionally, as he is explaining a concept, he sees the light go on in a student’s eyes indicating that they understand. He mentions that engineering is a lot of equations, but what is important is understanding the concepts and how the equations reflect the concepts.

Vinny enjoys sharing stories from his time spent at Three Mile Island working to recover the plant after the nuclear accident in 1979 and helping Fukushima plants in Japan after the 2011 accident. He says his students are most interested in real life stories and how the material being taught applies. He hopes that his students will take away from his class an understanding of the importance of thermal-hydraulics and fuel design in the nuclear industry, and the safety, performance and regulatory aspects of these functions.

Next up is nuclear adjunct, Dr. David Griesheimer. Dave began teaching at Pitt in 2007 and has taught five different engineering courses throughout the years. He also works at the Bettis Atomic Power Laboratory, in West Mifflin, PA. He has 20 years of industry experience, primarily at national laboratories.

Dave says the best part of teaching engineering classes is engaging with the students themselves. Dave notes, “Pitt engineering students tend to be deeply interested in the subject matter and extremely motivated to learn.  I find it especially rewarding when I see a new concept or solution technique “click” with a student and they leave class knowing more than when they entered.” 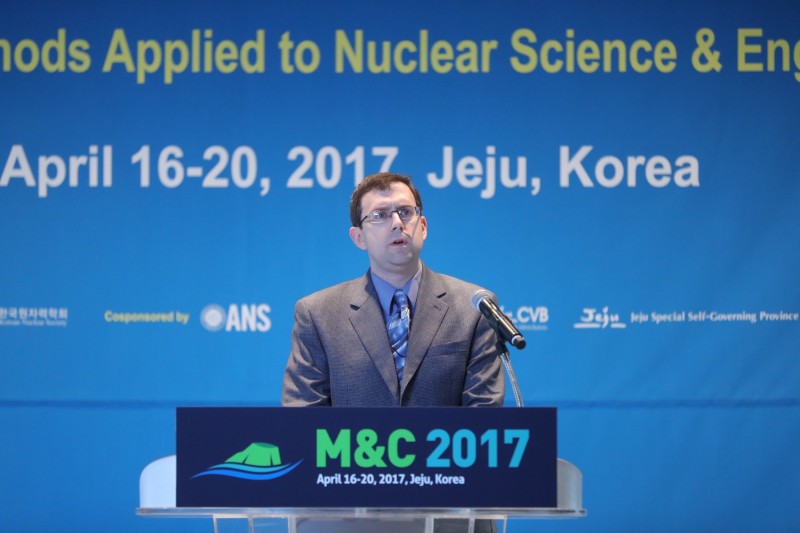 Dave recalls teaching a Fundamentals of Nuclear Reactors course in the spring of 2011 when the accident of Fukushima Daiichi occurred. Dave and his co-instructor for the course, Dr. John Metzger, developed a lecture on the accident.  The lecture was received so well by students that it was offered to the public to help spread awareness and improve understanding of the unfolding reactor situation in Japan.

Dave knows that not all the students he teaches will go on to careers in the nuclear industry, so he likes to emphasize that learning techniques and methodologies from a different field can offer new perspectives and ideas that may be valuable for future analysis, even for unrelated applications. In class, he demonstrates how knowledge can be used to break down and solve complex, real-world questions.  He notes that his students are often surprised when they realized that a seemingly intractable problem can be reformulated into an equivalent question that is solvable with techniques they already know.  Therefore, Dave hopes that when students leave his classes, they will walk away with more confidence and feel better prepared to tackle unfamiliar and complex engineering problems.

Dave feels fortunate to teach nuclear engineering to large and enthusiastic classes at Pitt.  He recalls a time during the early stages of the Nuclear Program at Pitt where the faculty were unsure if there would be strong enough student interest to sustain regular nuclear course offerings. He is amazed to see that now, 15 years later, the undergraduate courses he instructs are offered every year and have a combined cumulative enrollment of almost 2000 students, averaging about 30-40 students in each class every semester. Dave credits the longevity and success of the Program to the foresight of Dr. Larry Foulke and others in their steadfast belief in the need for high-quality nuclear engineering education.

These featured adjunct faculty are outstanding examples of what is special about the education MEMS provides.  Their expertise and practical experiences serve to enrich the students in intangible yet beneficial ways.  They truly are assets of the MEMS Department. 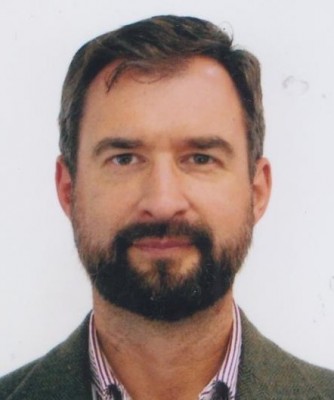 Dr. Stephen Ludwick: Another Example of an All-Star Adjunct Professor in the MEMS Department

Dr. Ludwick taught his first engineering class at Pitt in 1999, shortly after graduating with his PhD in Mechanical Engineering from MIT. Former MEMS professor Roy Marangoni invited Steve to teach while he was applying for various full-time roles.

Aside from his adjunct appointment, Steve works at Aerotech, a manufacturer of precision motion control equipment. Aerotech’s founder, Stephen Botos, was a Pitt mechanical engineering graduate himself. Steve has 22 years of industry experience.

Over the years, Steve has taught Intro to Engineering Analysis, Fundamentals of Electrical Engineering and Mechanical Design II. He is most versed in Mechanical Design II though, and has had almost 2000 students take his class. Steve says it has been a lot of fun to share ideas and get advice from other faculty on how to teach.  He says, “the content is largely the same each year in a fundamental class, but I think we keep learning better ways to deliver it.” 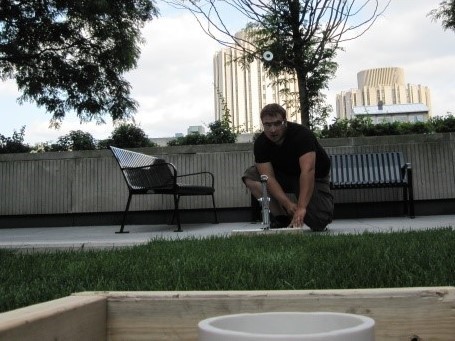 Steve enjoys seeing his students move through the program and go on to establish themselves with productive and meaningful careers. He hopes his students will understand that design takes both study and practice – just like any other skill.  He recalls one semester he had his class design and build machines to play a game of “washer toss.”  He and his class enjoyed a nice summer evening on the Benedum lawn to share their machines.

Steve notes, “I’m quite fortunate to have found a situation where both Aerotech and Pitt have supported this collaboration for so long, and continue to see the benefits of a close relationship between the University and local industry.” Steve’s oldest daughter has enrolled at Pitt for fall 2022, and Steve is excited to also officially hold the title of “Pitt Dad.”