One Step at a Time: Pitt engineering and medical programs receive NSF award to develop ultrasonic sensors for a hybrid exoskeleton 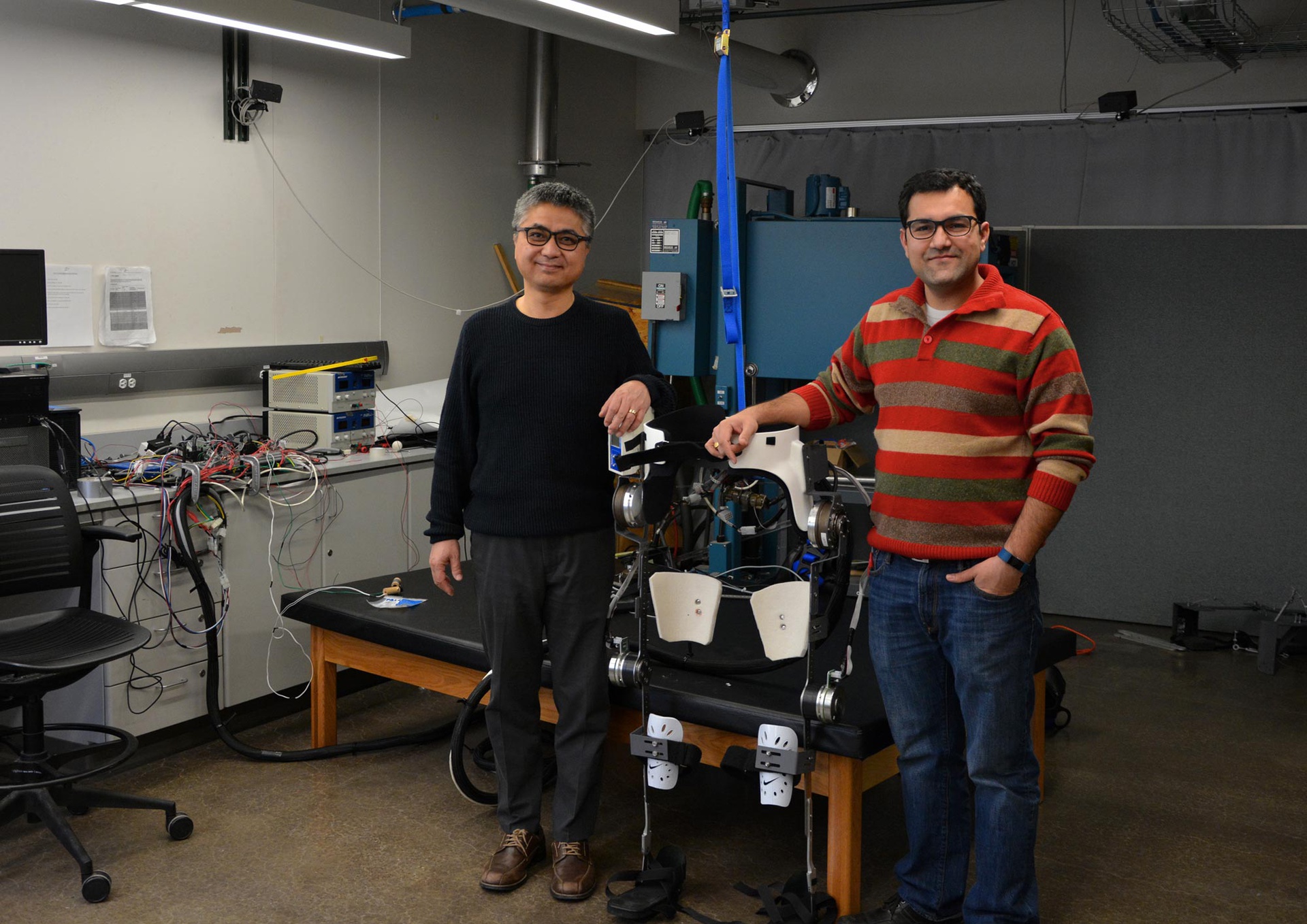 PITTSBURGH (March 7, 2017) … The promise of exoskeleton technology that would allow individuals with motor impairment to walk has been a challenge for decades. A major difficulty to overcome is that even though a patient is unable to control leg muscles, a powered exoskeleton could still cause muscle fatigue and potential injury.

However, an award from the National Science Foundation’s Cyber-Physical Systems (CPS) program will enable researchers at the University of Pittsburgh to develop an ultrasound sensor system at the heart of a hybrid exoskeleton that utilizes both electrical nerve stimulation and external motors.

“One of the most serious impediments to developing a human exoskeleton is determining how a person who has lost gait function knows whether his or her muscles are fatigued. An exoskeleton has no interface with a human neuromuscular system, and the patient doesn’t necessarily know if the leg muscles are tired, and that can lead to injury,” Dr. Sharma explained. “Electromyography (EMG), the current method to measure muscle fatigue, is not reliable because there is a great deal of electrical “cross-talk” between muscles and so differentiating signals in the forearm or thigh is a challenge.”

“An exoskeleton biosensor needs to be noninvasive, but systems like EMG aren’t sensitive enough to distinguish signals in complex muscle groups,” Dr. Kim said. “Ultrasound provides image-based, real-time sensing of complex physical phenomena like neuromuscular activity and fatigue. This allows Nitin’s hybrid exoskeleton to switch between joint actuators and FES, depending upon the patient’s muscle fatigue.”

“Right now an exoskeleton combined with ultrasound sensors is just a big machine, and you don’t want to weigh down a patient with a backpack of computer systems and batteries,” Dr. Sharma said. “The translational research with George Mason will enable us to integrate a wearable ultrasound sensor with a hybrid exoskeleton, and develop a fully functional system that will aid in rehabilitation and mobility for individuals who have suffered spinal cord injuries or strokes.”

Photo above: Dr. Kim (left) with Dr. Sharma and a hybrid exoskeleton prototype in the Neuromuscular Control and Robotics Laboratory at the Swanson School of Engineering.

One Step at a Time: Pitt engineering and medical programs receive NSF award to develop ultrasonic sensors for a hybrid exoskeleton