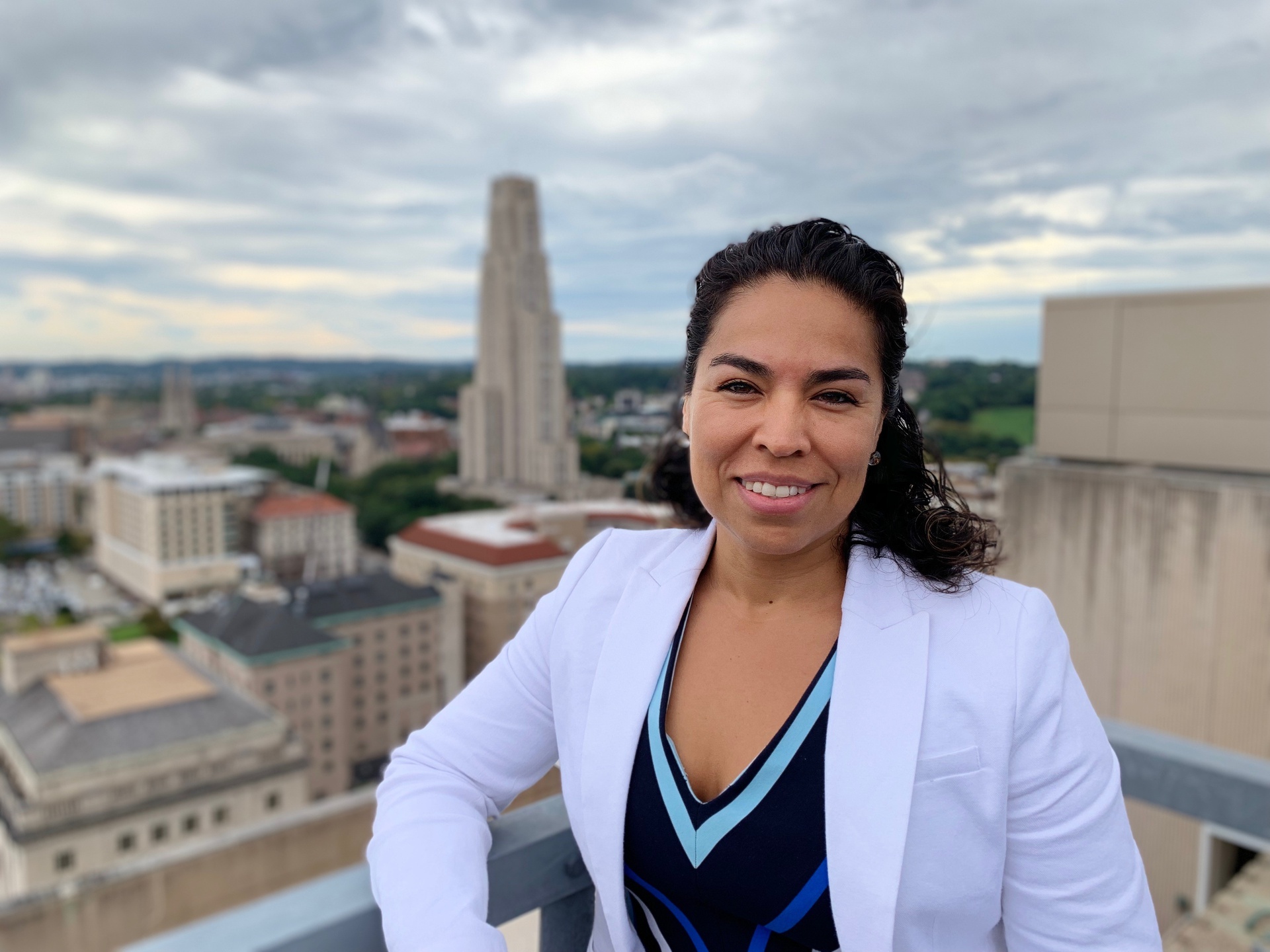 PITTSBURGH (August 23, 2019) … For stroke survivors whose ability to walk has been impaired by neurological damage, rehabilitation using robotics has proven to be an effective therapy to improve their gait. However, one of the major issues with this type of rehabilitation is that following training with a robotic device, motor improvements are not maintained in the patient’s daily life.

Gelsy Torres-Oviedo, assistant professor of bioengineering at the University of Pittsburgh Swanson School of Engineering, was awarded a $805,670 CAREER Award by the National Science Foundation to apply a novel approach to improve locomotor learning in stroke patients. She is the fifth Swanson School CAREER Award recipient in 2019, tying the school’s record from 2017.

“Our bodies adjust their movement to adapt to changes in the environment, but the very first thing that we need to do is sense that environment,” explained Torres-Oviedo, who directs the Sensorimotor Learning Laboratory at Pitt. “We then use this sensory information as input to our motor system, which drives our movement.”

The challenge with measuring sensation in people is that it is an internal variable; therefore, Torres-Oviedo’s group will use mathematical tools and perception experiments to estimate what individuals feel.

“We think that some stroke survivors have difficulty perceiving their asymmetric movement, and these proposed studies will help us characterize this deficit and indicate if split-belt walking - in which the legs move at different speeds - can correct it,” she said.

In the first part of this study, the lab will track how patients with brain lesions perceive asymmetries in their gait. They will then measure how their perception is adjusted once their movements are adapted in the split-belt environment.

In the second part of this study, the lab will use these data and a unique method to manipulate how people perceive their movement and create the illusion of error-free performance during split-belt walking.

They will use a human-in-the-loop (HITL) method, which is a closed-loop approach in which the behavioral output is feedback to tune the input to the motor system - in this case, the speed difference. This strategy creates an individualized outcome for each subject, which is a more effective method for training purposes.

“The idea is that if we understand how each patient adjusts their perceived movements, we can create the illusion of error-free performance where they think that they’re walking normally even though their movements are changing,” said Torres-Oviedo. “If they never perceive that they are doing something different, the hope is that changes in their movements can be carried over to the patient’s daily life.”

This research aims to enhance the generalization of movements from devices like treadmills and exoskeletons to daily activities.

“If Professor Torres-Oviedo and her group are successful in their work, it could have a profound effect on gait rehabilitation for stroke survivors,” said Sanjeev G. Shroff, Distinguished Professor and the Gerald E. McGinnis Chair of Bioengineering.

Torres-Oviedo will also use this project as a way to increase the participation of students from underrepresented minorities (URM) in science and engineering. She will recruit, mentor, and prepare URM students from K-12 and college to pursue advanced education, with the ultimate goal of broadening the professional opportunities for this population.

Pitt undergrads take on the world for a $1 million prize at the Indianapolis Autonomous Challenge
Foiling Electronics Fraudsters
Newly Patented Device Anchored in 50+ Years of Musculoskeletal Research
Does the Brain Learn in the Same Way That Machines Learn?
Catalysis Science and Technology Features Research from Pitt’s Mpourmpakis Group
Pitt and Swanson School of Engineering Name Cindy Liberatore as next Executive Director of Development
Some modules are disabled because cookies are declined. Accept cookies to experience the full functionality of this page.
ACCEPT COOKIES
We use cookies to optimize the website, no personal information is stored. Learn more
DECLINE COOKIES ACCEPT COOKIES