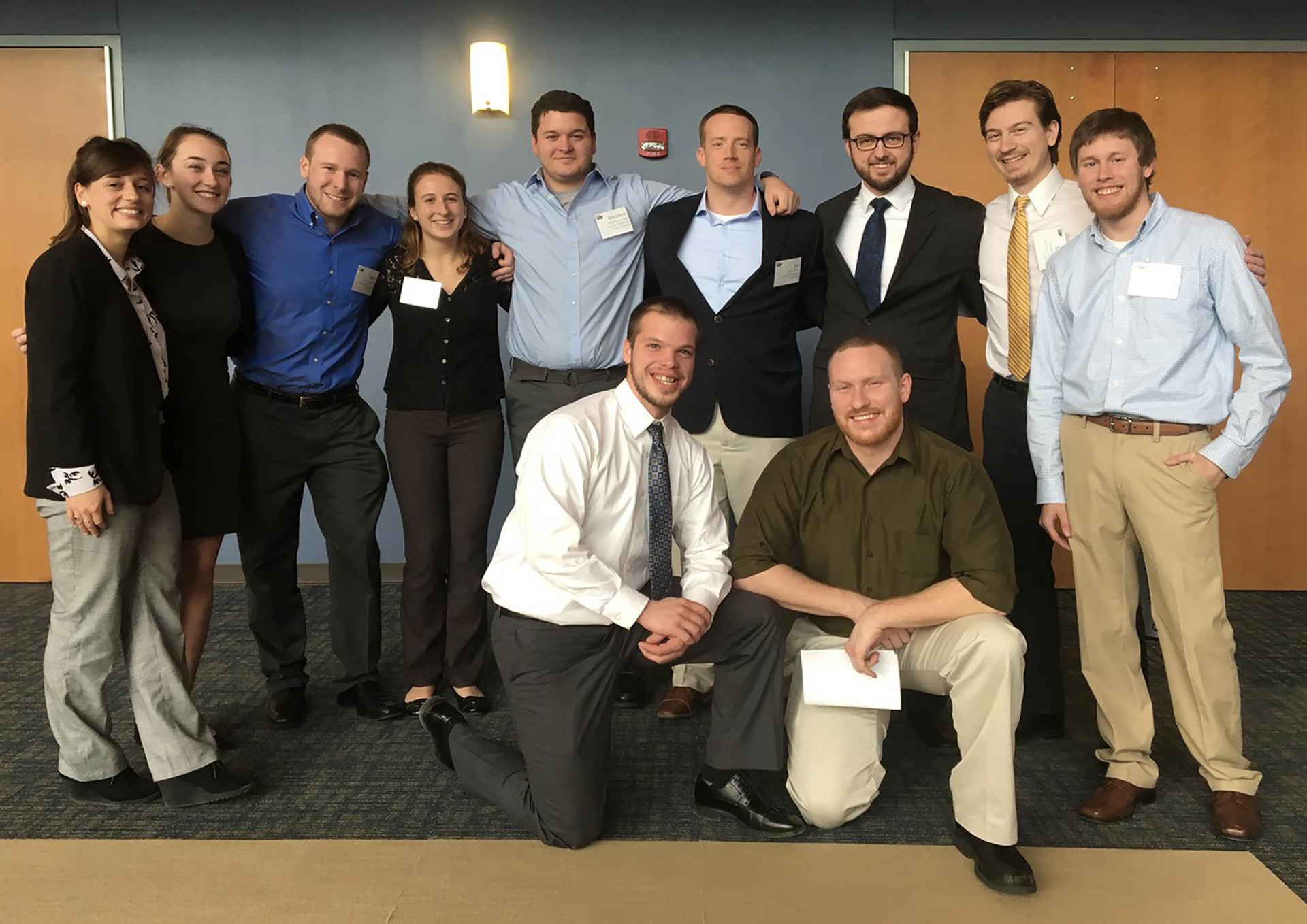 TeamAbbey-307346.jpg
PITTSBURGH, PA (March 13, 2017) … A team of students from the University of Pittsburgh finished in the top spot at the inaugural Constructors Association of Western Pennsylvania (CAWP) Student Estimating Competition. They beat out nine other teams and received a $1,500 award for their victory.

The Panther Estimators, led by Civil and Environmental Engineering student Thomas Tresky, won the competition with a total of 208 points, securing a narrow victory over the second place team from the Pennsylvania State University, which scored 207.2 points. Team Abbey, also from the University of Pittsburgh and led by Civil and Environmental Engineering student Jon Abbey, came in third place with a score of 193.5 points.

The full team rosters were:

The competition required students to assemble bid packages based on pre-job documents and a pre-bid meeting on a highway construction project. The students had to prepare their bids and schedules by a 6:00 p.m. deadline and then present an explanation of how they arrived at their final bid to judges the next day. Plum Contracting, Inc. provided one of its jobs to serve as the subject of the students’ bids, and Bill Woodford, recently retired chief estimator from Trumbull Corporation, developed the structure of the competition.

The two-day competition took place at the Regional Learning Alliance in Cranberry Township. On the second day, students also participated in a career fair showcasing the region’s employers and potential job opportunities.

The CAWP developed the Student Estimating Competition to encourage students to understand the benefits and opportunities the heavy-highway construction industry has to offer. CAWP, established in 1934, is a non-profit organization that assists workers in the heavy, highway and utility construction industry and improves relationships between contractors, their employees and the general public.