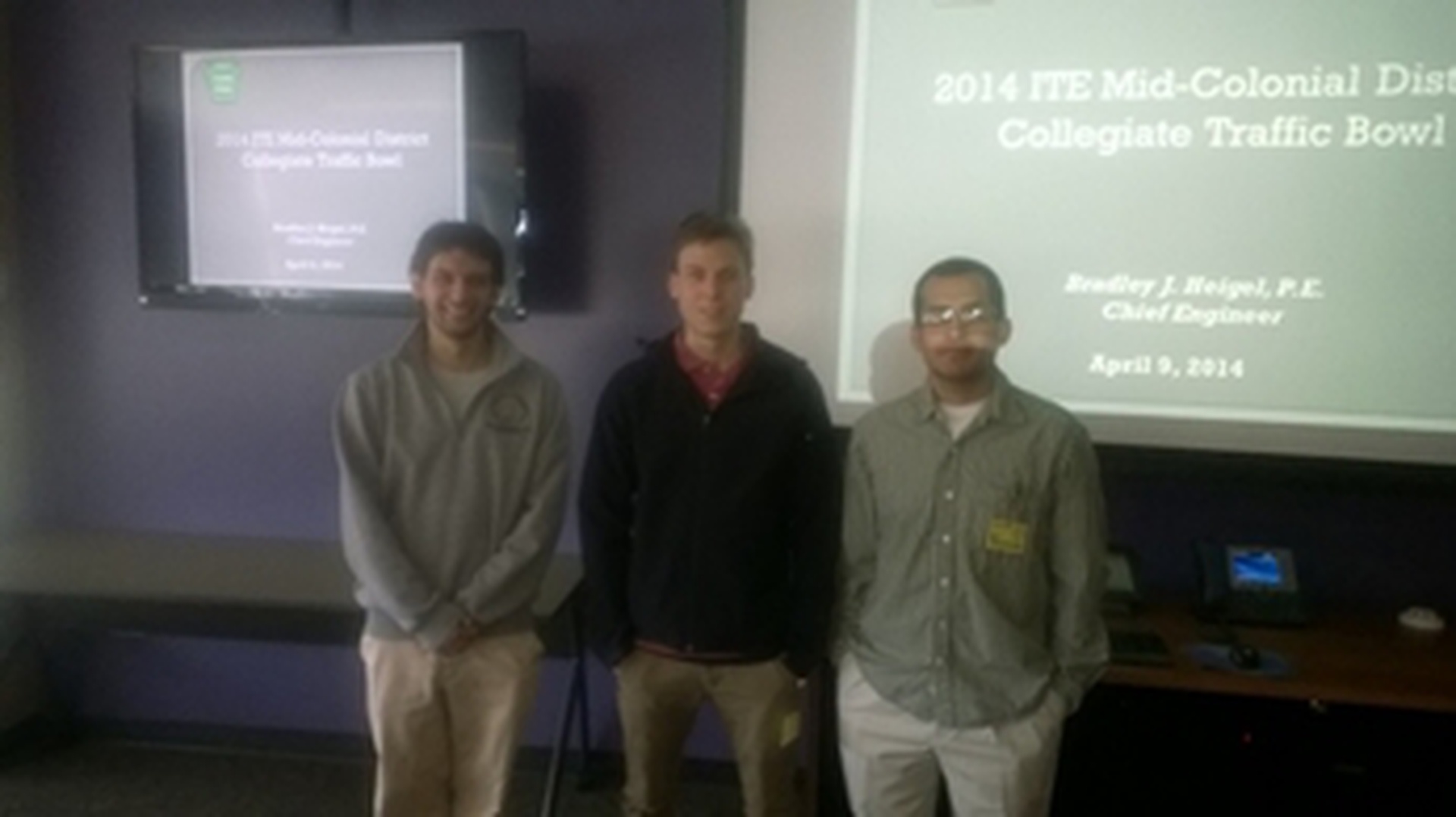 There were presentations from the Pennsylvania Turnpike Commission (PTC) Chief Engineer, Brad Heigel on the financial future of the Turnpike and Alan Williamson of the PTC about Automatic Electronic Tolling. The students also attended a tour of the traffic management center for the PTC.

After the presentations and tour the Traffic Bowl competition began. This is a competition similar to the game of Jeopardy that tests student's knowledge of traffic engineering and transportation planning. The competing teams were from the University of Delaware, Morgan State, Penn State, and Pitt. The double elimination tournament was led by a head to head match of Morgan State vs. Delaware. Penn State and Pitt then were matched in the first round competition. Despite Pitt's finest efforts, Penn State squeaked by with a victory in the first round.

Penn State won the competition and will travel to Seattle and represent the district in the national competition this summer. This was the first traffic bowl that the Pitt ITE student chapter competed in and was a great learning experience. Next year they plan to compete again and wrestle away the district championship from Penn State.