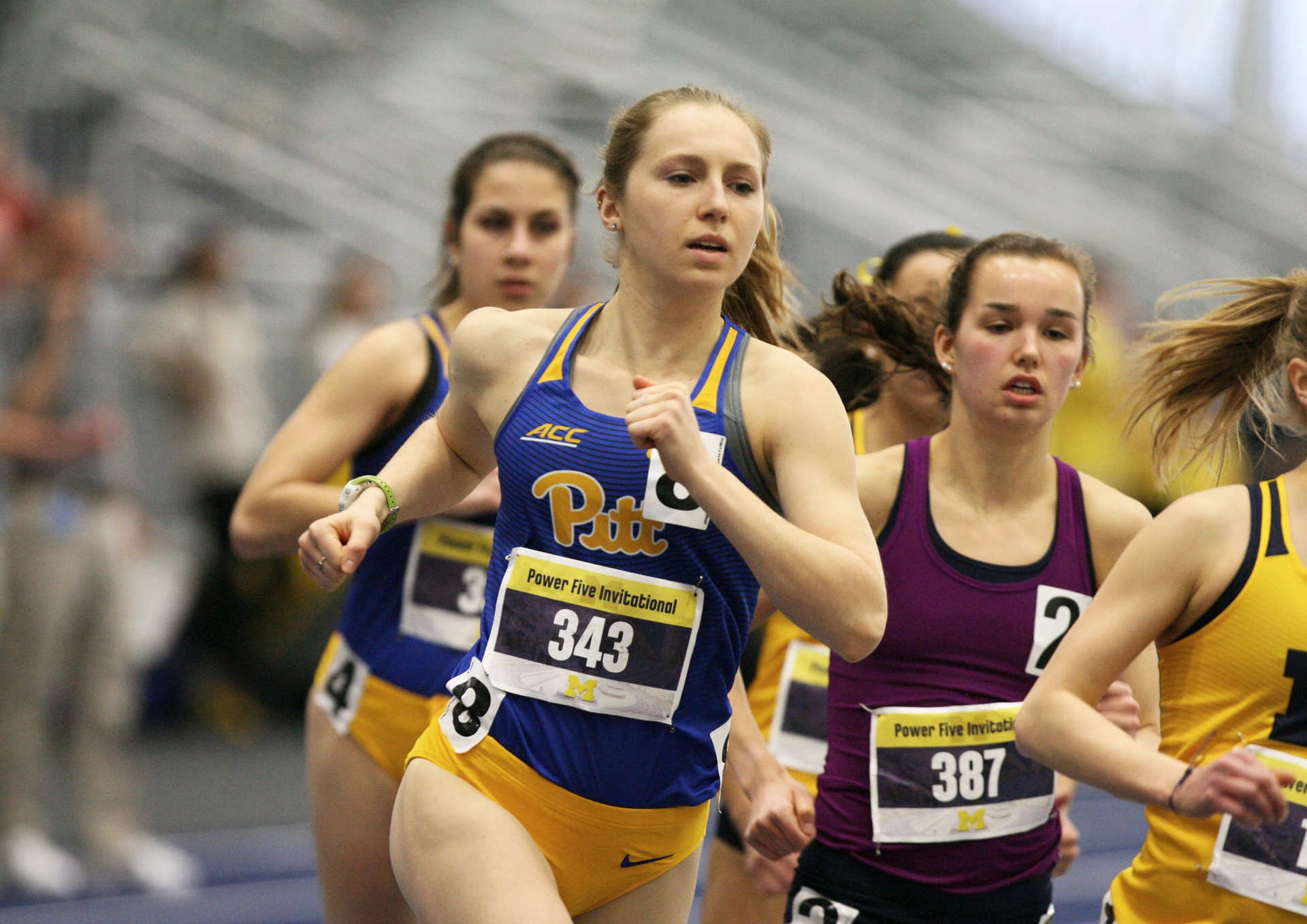 Gillian Schriever, center, 2019 graduate of the Swanson School of Engineering.

PITTSBURGH (July 8, 2019) — The Atlantic Coast Conference (ACC) has selected Gillian Schriever, distance runner and 2019 graduate of the University of Pittsburgh’s Swanson School of Engineering, as one of the two ACC candidates for 2019 NCAA Woman of the Year. Duke University golfer Virginia Elena Carta also received the ACC’s nomination.

The NCAA Woman of the Year honors female student-athletes whose performance in academic achievement, athletics excellence, service and leadership stands out throughout their collegiate careers.

Schriever, who is originally from Tuckerton, N.J., earned a bachelor’s degree in chemical engineering from the Swanson School of Engineering and currently works as a Business Technology Analyst at Deloitte.

During her undergraduate work at Swanson, she researched polymer microspheres as a method for treating dry eye disease under Steven Little, PhD, professor and chair of Chemical and Petroleum Engineering, in the Little Lab.

“Gillian was both a dedicated student and an exceptional athlete,” says Dr. Little. “She is a great role model for women in STEM, proving that with hard work and perseverance, they can achieve their academic and professional goals and excel in what they’re passionate about.”

NCAA member colleges and universities nominated a record-breaking 585 female student-athletes for 2019 NCAA Woman of the Year. The top 10 candidates from each division will be selected in September, and the selection committee will choose top three from each to make up the nine finalists. The national winner will be announced on Oct. 20, 2019, at the 2019 NCAA Woman of the Year Awards in Indianapolis.