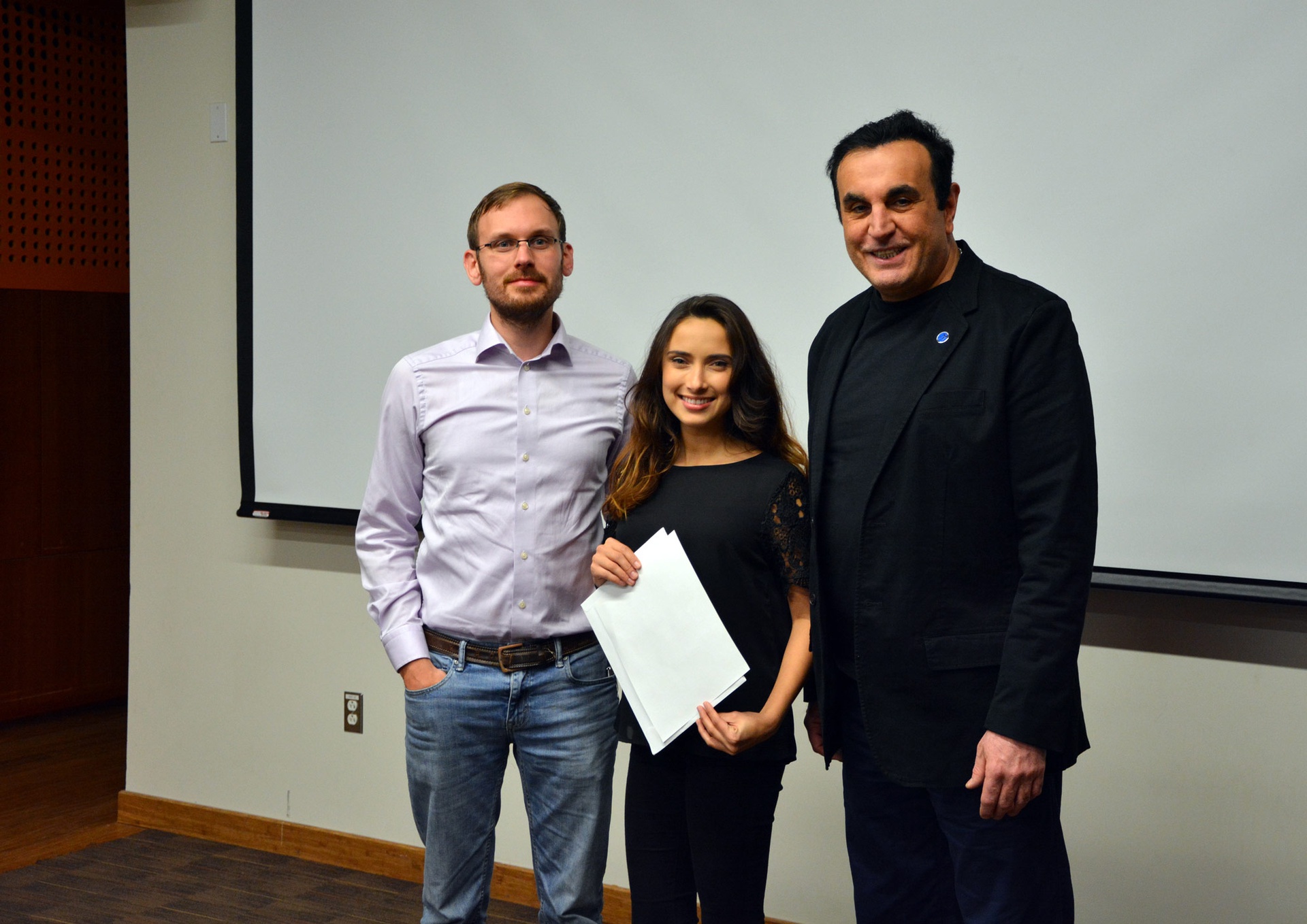 PITTSBURGH (November 28, 2017) … Joanna R. Rivero, a senior at the University of Pittsburgh Swanson School of Engineering, was one of six recipients of the Universities Space Research Association (USRA) annual USRA Scholarship Award. USRA awards scholarships to undergraduate students who tackle challenging scientific questions in the areas of space research and exploration, particularly astrophysics and astronomy and create technologies and solutions that will positively influence people’s lives.

Ms. Rivero, a native of Miami, Fla., received the John R. Sevier Memorial Scholarship Award which recognizes the former Acting Director of the Lunar and Planetary Institute and as Deputy Director of the Division of Space Life Sciences and honors his dedication to education and advancements in aerospace technology. She was nominated by Matthew M. Barry, Assistant Professor of Mechanical Engineering and Materials Science, and was among 112 eligible applicants for this year’s awards. Alyssa A. Brown, a Swanson School senior from Glenn Dale, Md., received an honorable mention as one of 13 finalists.

According to URSA, a panel of judges well recognized in their respective fields selects the recipients and the competition represents the rigor expected of a science competition. The selection committee consists of university faculty members in science and engineering disciplines from among the top tier universities.

“The URSA is synonymous with NASA and aerospace research, and this is a prestigious scholarship for Joanna as well as a great honor for Alyssa,” noted Peyman Givi, Distinguished Professor of Mechanical Engineering and Materials Science at Pitt. “I’m proud of the students we nominated for this year’s class, and appreciate the support that URSA provides to our undergraduates.”

“We at USRA are extremely proud of students who receive these awards,” said Dr. Jeffrey Isaacson, President and Chief Executive Officer, USRA. “They demonstrate great promise in areas such as astrophysics, planetary exploration, data utilization, fluid dynamics and biomechanics. But it’s not just their research that makes them stand out –the award recipients are also selected based on their leadership potential and initiative. We congratulate these talented students and wish them a brilliant future.”

About USRA
Founded in 1969 under the auspices of the National Academy of Sciences at the request of the U.S. Government, the Universities Space Research Association (USRA) is a nonprofit corporation chartered to advance space-related science, technology and engineering. USRA operates scientific institutes and facilities, and conducts other major research and educational programs, under Federal funding. USRA engages the university community and employs in-house scientific leadership, innovative research and development, and project management expertise. More information about USRA is available at www.usra.edu.