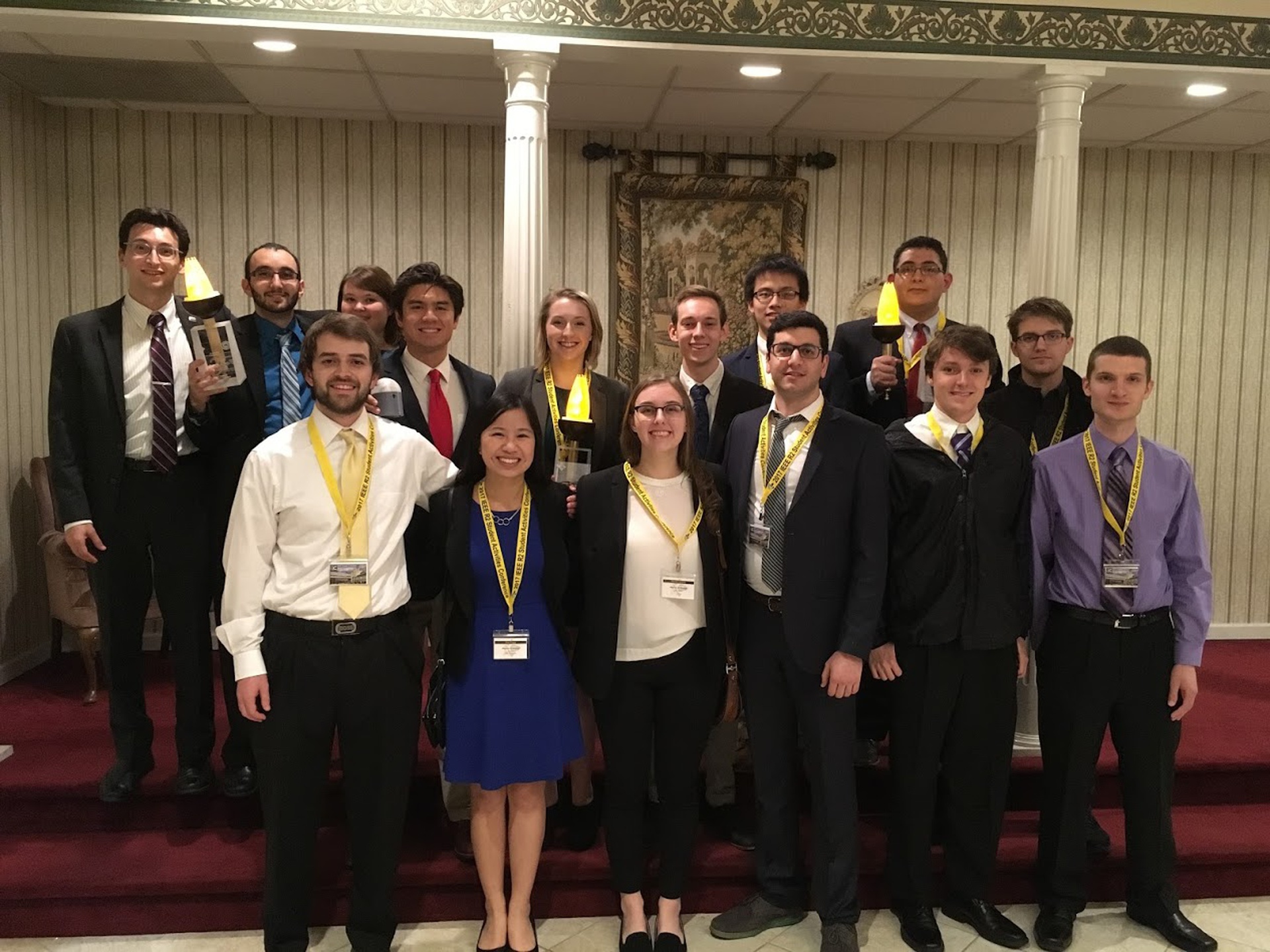 “We are very proud of how these students represented the ECE department at this conference,” said Samuel Dickerson, assistant professor of Electrical and Computer Engineering (ECE) and faculty advisor for Pitt IEEE. “The IEEE is not just the largest association for electrical and computer engineering professions, it is the world's largest association among all technical professions, so all of the major universities in the region participated. We are all delighted to see how our students’ performance reflects the quality of our SSOE ECE students and their ability to apply what they've learned to challenges outside of the classroom.”

Kendra Farrell, a junior majoring in computer engineering at Pitt, took home first place for writing and presenting her technical paper titled “The James Webb Telescope and Its Search through Time.” For the competition, Farrell explored technical aspects of the James Webb Telescope—NASA’s next generation, infrared telescope scheduled to be launched in October 2018.

A team consisting of Pitt undergraduates Ryan Matthews, Andrew Saba, Alex Glyde, and Michael Hermenault also won first place for their design of an autonomous robot mouse in the Micromouse Competition. The mouse was able to solve an eight-square-meter maze in the shortest amount of time. The four team members belong to the Robotics and Automation Society at Pitt.

The Pitt students competed against 27 other universities in the Atlantic Region of IEEE, which covers parts of Ohio, New Jersey, Pennsylvania, Delaware, Maryland, Washington DC, Virginia, and West Virginia. There were a total of 10 activities, and students could also attend leadership workshops and an awards banquet during the conference.