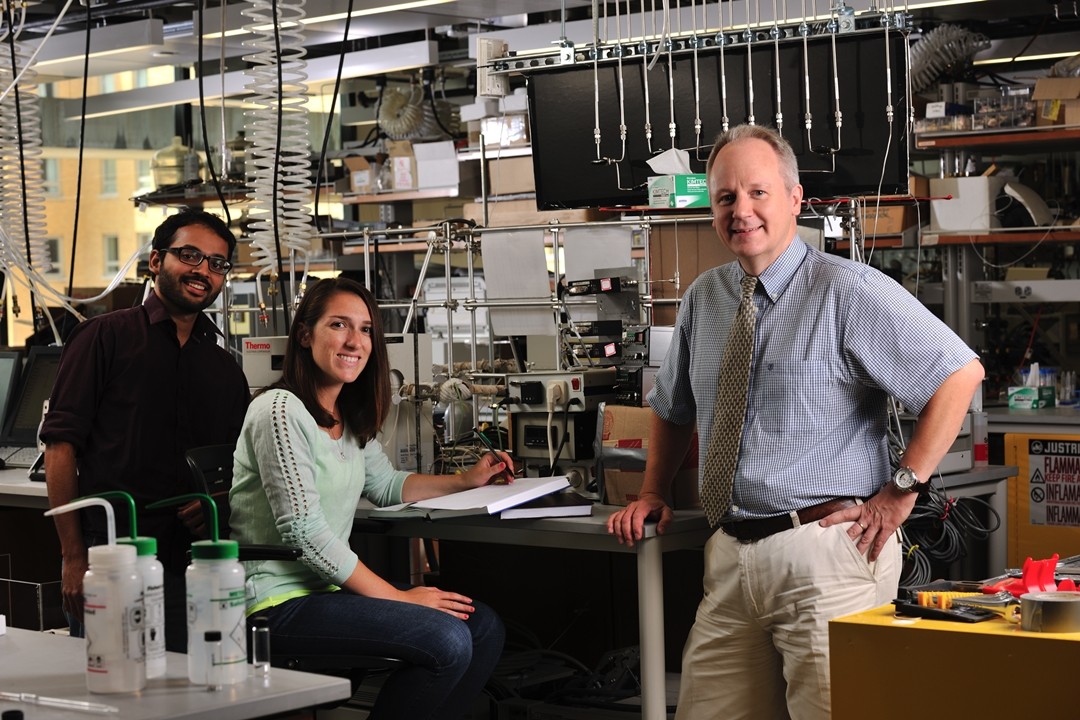 PITTSBURGH (April 28, 2015) … The University of Pittsburgh Swanson School of Engineering has named Götz Veser, PhD , as Associate Director of its Center for Energy, according to an announcement from Gerald D. Holder, PhD, U.S. Steel Dean of Engineering. Dr. Veser also serves as the Nickolas A. DeCecco Professor of Chemical and Petroleum Engineering. He will co-direct the Center along with Gregory Reed, PhD , Director and Professor of Electrical and Computer Engineering; and Laura Schaefer, PhD , Associate Director and Professor and Bicentennial Board of Visitors Faculty Fellow of Mechanical Engineering and Materials Science.

"Götz' research in catalyst systems and reactors is recognized nationally and internationally, and he will be a tremendous addition to an already strong leadership team established by Greg and Laura," Dean Holder said. "He has been an important part of the Swanson School's strong relationship with the National Energy Technology Laboratory, and together with Greg and Laura will help to further establish the Center for Energy as the nexus for Pitt's energy initiatives."

"I am delighted to join Greg and Laura in leading our Center for Energy towards becoming a hub not only for the diverse world-class faculty expertise on campus at the University of Pittsburgh, but also for industry and other stake-holders in energy technology in the Pittsburgh region and beyond."

Dr. Veser earned his PhD from the Fritz-Haber-Institute of the Max-Planck-Society in Berlin, Germany, and previously was A.v. Humboldt Postdoctoral Fellow in the Department of Chemical Engineering and Materials Science at the University of Minnesota (Minneapolis) from 1994-1996. He later held positions at the University of Stuttgart's Department of Process Engineering (1996-1999) and at the Max-Planck-Institute for Coal Research, Department of Heterogeneous Catalysis (2000-2002), both in Germany, before joining the University of Pittsburgh. His main research area is catalytic reaction engineering with an emphasis on the design of functional nanomaterials and the development of advanced reactor concepts for energy and fuel processing applications.

Dr. Veser also serves as conference co-chair for the 24th Meeting of the North American Catalysis Society (NAM24), which will take place from June 14-19, 2015 at the David L. Lawrence Convention Center in Pittsburgh, PA. This biennial meeting, which draws an international attendance of well over 1,200 attendees from industry, academia, and national laboratories, is widely recognized as the premier international conference about the science and applications of catalysis and catalytic processes and as a forum to explore their boundaries and shared concepts with homogeneous catalysis, electrocatalysis, and photocatalysis.