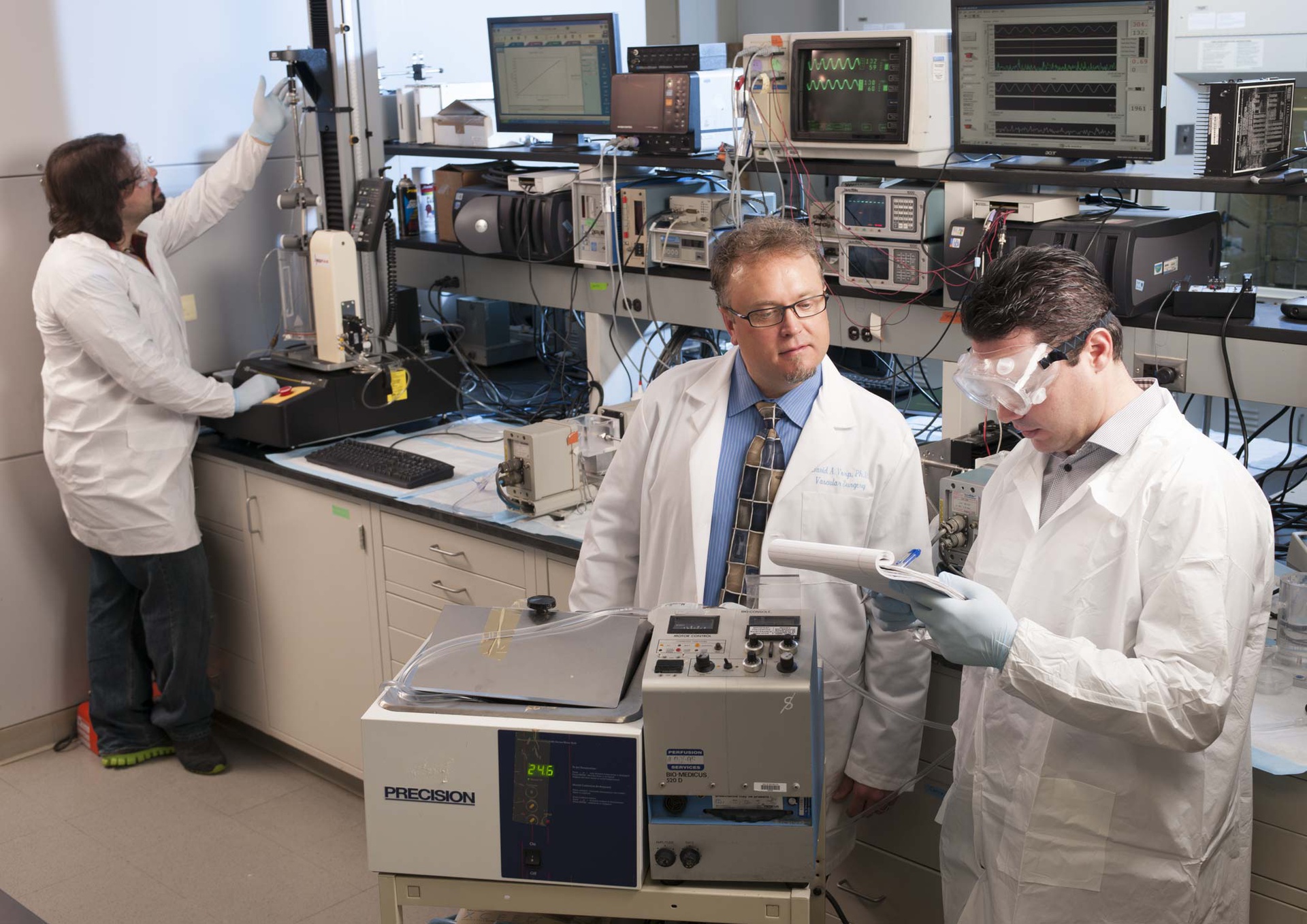 PITTSBURGH (June 29, 2016) … The National Institutes of Health have awarded David Vorp, the William Kepler Whiteford Professor of Bioengineering and Associate Dean for Research of the Swanson School of Engineering at Pitt, and colleagues with a grant worth more than $1.54 million to fund their study investigating artificial stem cells in the development of engineered vascular grafts.

Some current regenerative medicine approaches use mesenchymal stem cells (MSCs) harvested from the patient to help rebuild or repair damaged or diseased tissues. Dr. Vorp and his team have pioneered the use of MSCs in the development of tissue-engineered vascular grafts (TEVGs), which may be effective in small diameter arterial bypass procedures or arteriovenous access for dialysis. However, MSCs taken from patients at high risk for cardiovascular disease, such as the elderly and diabetics, may be dysfunctional. Furthermore, the use of harvested cells that require extended culture expansion also runs the risk of cellular contamination or transformation, as well as high costs and substantial waiting time before a graft can be made and implanted.

“Fully functional human MSCs secrete a host of biochemicals, including those that prevent blood clotting and those that ‘call’ into the TEVGs important cells from the host, such as inflammatory cells, smooth muscle cells and endothelial cells,” said Vorp. “We have found that MSCs from diabetics, for example, are relatively ineffective in yielding a successful TEVG compared to MSCs from non-diabetics.  Considering that diabetics make up a large proportion of patients who need bypass grafts, we needed to find an alternative means to achieve our goal for this significant population.”

To answer this challenge, the research team has developed artificial stem cells (artMSCs) that are created by encapsulating the veritable cocktail of biochemicals secreted by normally functioning MSCs in culture into biodegradable microspheres that are similar in size to actual MSCs.

“By ‘tuning’ or adjusting the degradation rate of the microspheres, we can replicate the release of these biochemicals by real, fully-functional MSCs,” said Vorp. He and his colleagues will then seed the artMSCs into porous, tubular scaffolds and implant them in a rat model as they have done with MSCs in fabricating TEVGs.

The study, entitled “Artificial Stem Cells for Vascular Tissue Engineering,” aims to accelerate the clinical translation of the team’s TEVG technology. This will be achieved, according to Vorp, “both by making the technology applicable to all patients – even those with dysfunctional MSCs – and by reducing the regulatory barriers associated with the need for culture-expanding cells to the numbers necessary to fabricate a TEVG.”