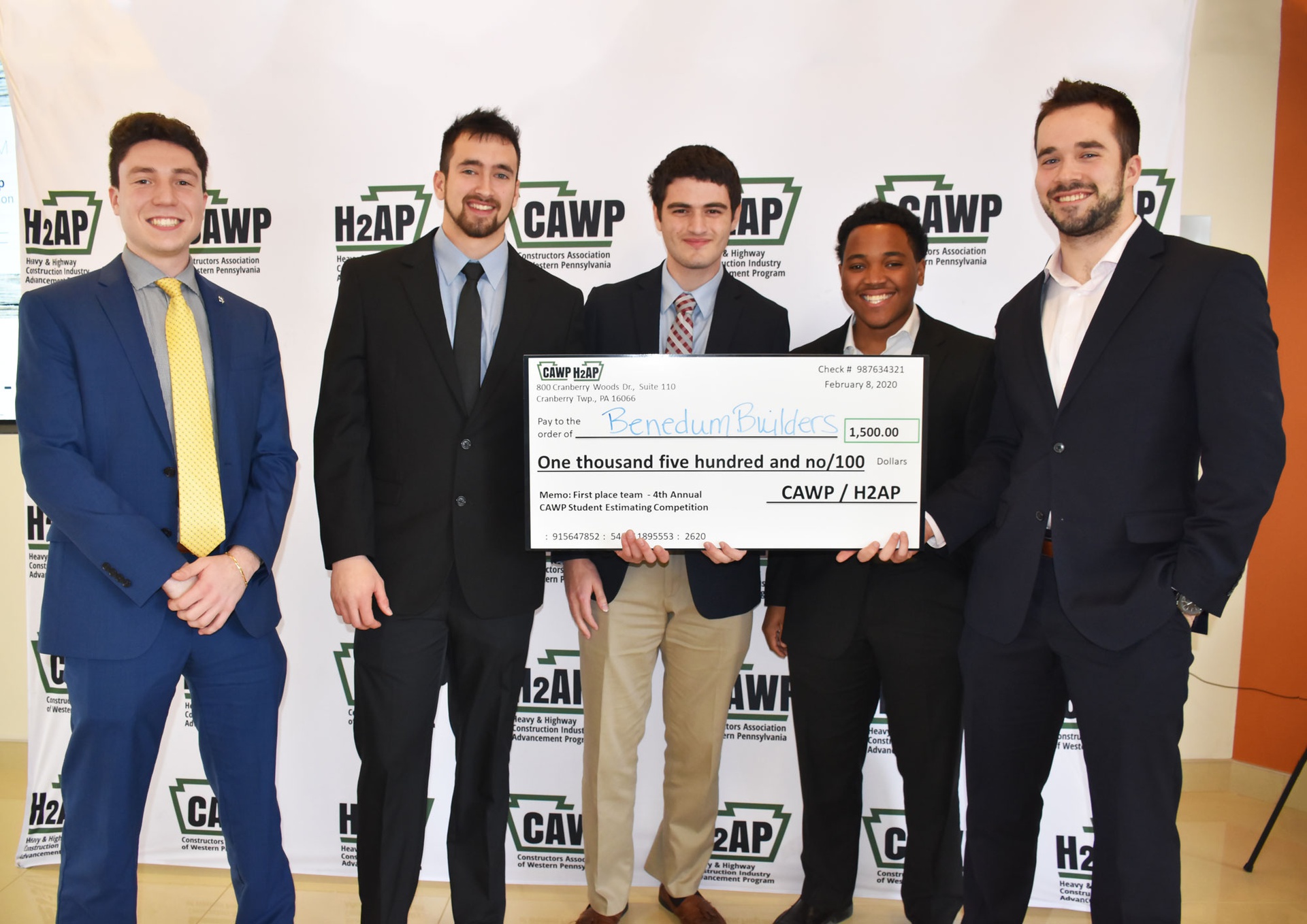 The competition asked student teams to think like a construction company and bid on a heavy-highway construction project. Students received pre-job documents and attended a pre-bid meeting before they were asked to prepare bids and a schedule. The teams turned in their packages before 5 p.m. on Friday and had 30 minutes the following day to present their bid and process to a panel of judges.

“We appreciate CAWP and the industry mentors for providing this Estimating Competition opportunity to our students for the fourth straight year,” says John Sebastian, McKamish Director of Construction Management Program at Pitt. “The competition provided not only a realistic experience for the students but also a chance to interact with professionals in the industry.

A networking opportunity as well as a competition, teams were invited to participate in a career fair and industry presentations when not presenting their bids. Representatives from local construction companies served as judges for the competition, including Swank Construction Company, Independence Excavating, Michael Facchiano Contracting, Trumbull Corporation, Mascaro Contracting and Brayman Construction Corporation.

The CAWP developed the Student Estimating Competition to encourage students to understand the benefits and opportunities the heavy-highway construction industry has to offer. CAWP, established in 1934, is a non-profit organization that assists workers in the heavy, highway and utility construction industry and improves relationships between contractors, their employees and the general public.