Pitt to collaborate on new artificial intelligence study of Alzheimer’s 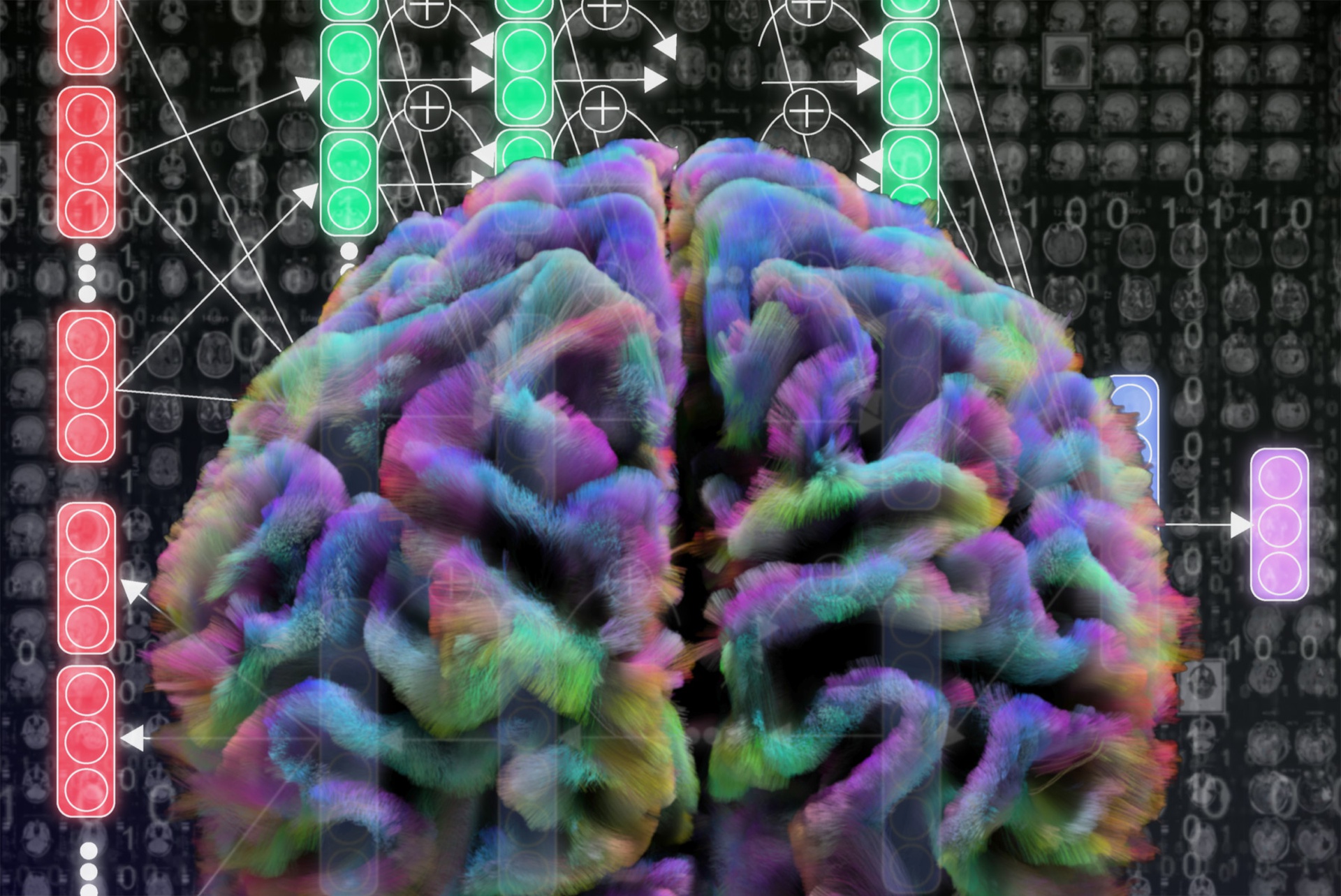 Image created by James Stanis and the USC Mark and Mary Stevens Neuroimaging and Informatics Institute.

Heng Huang, John A. Jurenko Endowed Professor of Electrical and Computer Engineering at the Swanson School of Engineering, will lead the University of Pittsburgh research on a collaborative study awarded to the University of Southern California's Mark and Mary Stevens Neuroimaging Informatics Institute.

“Current analytic methods have not kept pace with the vast amount and high complexity of data that is being collected on Alzheimer’s disease,” said Huang, who also holds an appointment in the Department of Biomedical Informatics at Pitt. “As a pioneer scientist with more than 15 years of experience in machine learning and biomedical data science, I am the main leader of the advanced AI and machine learning techniques developed in this project.”

His award is in collaboration with Liang Zhan, assistant professor of electrical and computer engineering at Pitt. The joint project has six dedicated core teams that will focus on ultra-scale genomics, imaging, and cognitive data analysis. The Pitt team will lead the AI&ML core and the Genomic Sequencing Data Analysis core while also contributing to the Imaging Genetics core.

The five-year National Institutes of Health (NIH)-funded effort, “Ultrascale Machine Learning to Empower Discovery in Alzheimer’s Disease Biobanks,” known as AI4AD, will develop state-of-the-art artificial intelligence (AI) methods and apply them to giant databases of genetic, imaging and cognitive data collected from AD patients. Forty co-investigators at 11 research centers will team up to leverage AI and machine learning to bolster precision diagnostics, prognosis and the development of new treatments for AD.

“Our team of experts in computer science, genetics, neuroscience and imaging sciences will create algorithms that analyze data at a previously impossible scale,” says Paul Thompson, associate director of the USC INI and project leader for the new grant. “Collectively, this will enable the discovery of new features in the genome that influence the biological processes involved in Alzheimer’s disease.”

The project’s first objective is to identify genetic and biological markers that predict an AD diagnosis—and to distinguish between several subtypes of the disease. To accomplish this, the research team will apply sophisticated AI and machine learning methods to a variety of data types, including tens of thousands of brain images and whole genome sequences. The investigators will then relate these findings to the clinical progression of AD, including in patients who have not yet developed dementia symptoms. The researchers will train AI methods on large databases of brain scans to identify patterns that can help detect the disease as it emerges in individual patients.

“As we get older, each of us has a unique mix of brain changes that occur for decades before we develop any signs of Alzheimer’s disease–changes in our blood vessels, the buildup of abnormal protein deposits and brain cell loss”, says Thompson, who also directs the USC INI’s Imaging Genetics Center. “Our new AI methods will help us determine what changes are happening in each patient, as well as drivers of these processes in their DNA, that we can target with new drugs.”

The team is even creating a dedicated “Drug Repurposing Core” to identify ways to repurpose existing drugs to target newly identified segments of the genome, molecules or neurobiological processes involved in the disease.

The AI4AD effort is part of the “Cognitive Systems Analysis of Alzheimer's Disease Genetic and Phenotypic Data” and “Harmonization of Alzheimer’s Disease and Related Dementias (AD/ADRD) Genetic, Epidemiologic, and Clinical Data to Enhance Therapeutic Target Discovery” initiatives from the NIH’s National Institute on Aging. These initiatives aim to create and develop advanced AI methods, and apply them to extensive and harmonized rich genomic, imaging, and cognitive data. Collectively, the goals of AI4AD leverage the promise of machine learning to contribute to precision diagnostics, prognostication, and targeted and novel treatments.

Research reported in this publication will be supported by the National Institute on Aging of the National Institutes of Health under Award Number U01AG068057. Also involved in the project are INI faculty members Neda Jahanshad, PhD, and Lauren Salminen, PhD, as well as consortium manager Sophia Thomopoulos.

Pitt to collaborate on new artificial intelligence study of Alzheimer’s