While some people visit faraway places to relax and enjoy the sights, Alexis Kwasinski has had different reasons to travel in the past year.

Kwasinski, the Richard King Mellon Faculty Fellow in Energy and an associate professor at Pitt’s Swanson School of Engineering, has been visiting disaster-stricken areas to research how infrastructure such as bridges and power lines performs during extreme events like earthquakes and hurricanes. The goal is to find out ways to supply power during lengthy outages and while primary energy sources are being repaired.

"We’re doing practical analysis to develop models to anticipate how an infrastructure would perform in these events, as well as looking at solutions to improve performance,” he said.

Last year, Kwasinski took a trip to Central Mexico, the site of a deadly earthquake that killed about 370 people and caused the collapse of more than 40 buildings in September 2017.

He also visited Florida, Texas and Puerto Rico — all of which were heavily damaged in 2017 by Hurricanes Irma, Harvey and Maria, respectively.

During earthquakes, however, damage to substations is more common.

“The issues there (in earthquakes) are with transformers that are not properly anchored, insufficient slack in connections and excessive bent to underground cables in liquefiable areas,” Kwasinski said. “You have to dig to get to these cables (to fix them), which takes more time.”

When it comes to the hurricane disaster sites, he said the damage caused to Puerto Rico by Hurricane Maria was by far the worst. 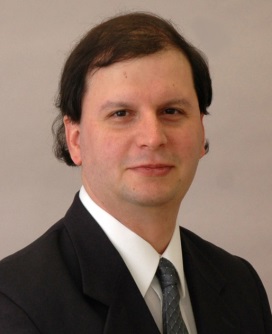 Kwasinski said that while 1 or maybe 2 percent of power distribution lines or towers are damaged under regular hurricane conditions, about 10 to 15 percent of lines and poles in all of Puerto Rico were damaged by Hurricane Maria.

He also noted that all but one of the five large solar farms in Puerto Rico were damaged in the storm, with many panels either cracked by debris or completely stripped off their mounts.

Maintenance and repair of these power lines is difficult due to the island’s thick, natural vegetation and the mountainous terrain, as compared to sites where power infrastructure is more easily accessible by road.

And other statistics seem to prove his point as to Hurricane Maria’s devastating effects.

There are several approaches to improving infrastructures to withstand these catastrophic events, but microgrids are Kwasinski’s main focus.

“Microgrids are self-contained and small-scale power grids of up to a few megawatts that are powered by local sources,” he said. “Preferably these sources should be renewable sources, because renewable sources do not require another infrastructure called a ‘lifeline’ to be fueled.”

These lifelines usually use natural gas to operate, whereas microgrids use batteries and can operate connected to another power grid or independently for lengthy power outages.

Kwasinski is working to learn more lessons like these with other researchers, including colleagues at the American Society of Civil Engineers for earthquake disaster areas, and with the IEEE Power Electronics Society and the International Communications Energy Conference for hurricane disaster sites.